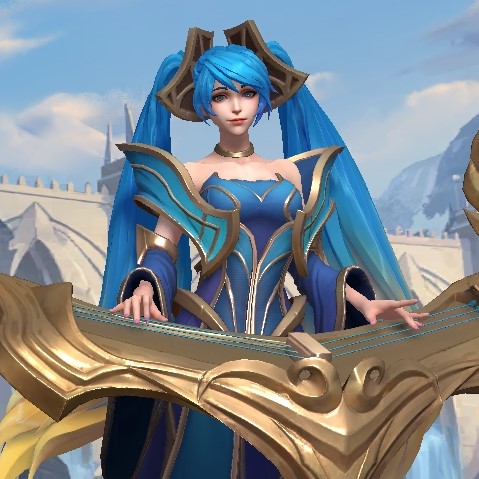 Best Sona build guide for Season 4 Patch 2.6 In Wild Rift. With our Sona guide you will learn which items to build, runes to select, skill order, and how to use Sona abilities properly.

Sona plucks her harmonies not only to soothe injured allies but also to strike down unsuspecting enemies. Sona is an enchanter support champion with an excellent team fight presence thanks to her utility-loaded kit.

After casting three basic abilities, her next attack is enhanced to deal an additional 20 magic damage (20 + 15% AP) with a bonus effect based on the last ability cast.

Passive: Reduces the base cooldown of Sona’s basic abilities by 10%.

Sona gains an enhanced attack effect based on the 3rd ability cast and her basic abilities grant an aura effect.

Hymn of Valor-Staccato: Grants additional bonus damage. This is the most straightforward effect which should be abused during the laning phase to keep your opponent’s HP low. Just keep in mind your positioning if you are going to poke because you are an immobile squishy champion.

Aria of Perseverance-Diminuendo: Reduces the damage output of the target enemy champion for three seconds. This is the best defensive Power Chord effect and should be used every single time an assassin and any other champion tries to kill your carry.

Song of Celerity-Tempo: This is going to be your go-to offensive option in the mid to late game because your damage won’t scale well unless you are playing as the mid AP carry. The slow effect from this Power Chord in combination with the bonus movement speed effect from Song of Celerity increases your chances of a successful pickoff. 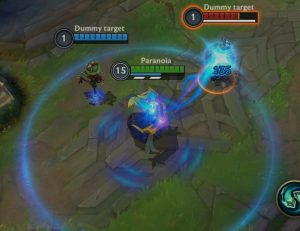 Hymn of Valor deals magic damage to the two nearest enemies, prioritizing champions of course. After casting, Sona gains an aura that enhances her ally’s next basic attack with additional magic damage.

This is your main poke tool which you should abuse to bully your enemies during the laning phase. Be careful when casting Hymn of Valor because you might steal cs from your ADC or you might over-extend and get yourself killed.

Always squeeze in an auto-attack after casting Hymn of Valor.

This ability does not damage enemies under bushes if you have no vision of them so place a ward in of the bushes in your lane.

This deals an absurd amount of damage when played as a mid AP carry. 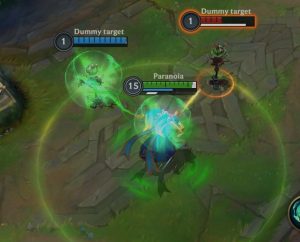 Aria of Perseverance heals you and a nearby allied champion then invokes an aura that grants a shield to all nearby champions.

During the early game, Aira of Perseverance can be mana heavy especially before completing your

Tear of the Goddess. So do not spam this ability blindly. The right way to use it is to wait for a trade then activate it just before the enemy’s attack or ability hit you or your ADC.

Aria of Perseverance heals invisible allied champions like Evelynn. It would not reveal them but the animation will alert the enemy of their location. 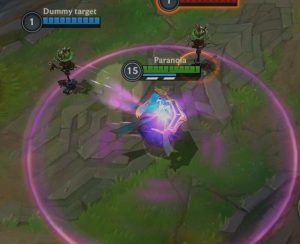 Song of Celerity grants you bonus movement speed and activates an aura that does the same for your teammates.

When setting up a fight, run up to your allies who are behind first before casting this ability. It is important to do this because if you cast it while in the presence of allies up front, they will arrive faster than those in the back and they will begin the fight outnumbered which makes them at risk of being burst down quickly. 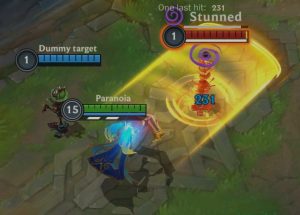 Crescendo is an AoE stun ability that also deals an average amount of damage. It is a strong engage/disengage tool because it has a fairly wide AoE and quick animation. It is easy to catch two or more enemy champions with this ability.

Crescendo also grants a passive reduction to the base cooldown to all of Sona’s basic abilities.

Here are Item Build Recommedations that works on Sona

This is the standard build for Sona which focuses on increasing her utility and support functions.

This build is for a mid lane Sona which deals strong consistent damage but can still offer a lot of utility at the same time.

Exhaust is picked on Sona because she is an immobile champion and this summoner spell can help protect yourself or your carry from flanks or ganks from assassins or from the enemy’s carries.

Sona is extremely immobile and squishy so Flash is a non-negotiable spell for her.

1st, Hymn of Valor, is maxed first to take advantage of its poking strengths during the early game. However, if the lane is hard, maxing 2nd, Aria of Perseverance, is a viable route. Max 3rd, Song of Celerity last because it grants the least amount of utility for Sona and her team compared to the other two abilities. Get a point for your ultimate, Crescendo, whenever possible.

Sona is one the best balance between offensive and defensive type enchanters. She has a long-range spammable AoE poke ability in her 1st, Hymn of Valor. Although, be careful when using this because you might steal your ADC’s last hits.

And she has also a spammable shield and healsin her 2nd, Aria of Perseverance.

But the problem is that she is weak to all-ins pre-level 5 because she has no means to disengage in a fight before she gets her ultimate.

So her tactic in the early game is to poke the enemy as much so that the enemy will be always low on health and therefore discouraged from engaging in an all-in. If the enemy cannot engage in an all-in and trade pokes with you, you’ll always win because you have a spammable heal as well. The only thing you’ll have to worry about is your mana which is easily solved by a Tear of the Goddess.

In the mid game and late game, always stay behind your allies. Because of your heals, you will most likely be targeted first. If your team plans to engage, use your 3rd, Song of Celerity to increase the movement speed of your allies.

Then, alternate between 1st, Hymn of Valor and 2nd, Aria of Perseverance to maximize the damage, healing, shielding, and buffs you can give to your allies.

Your Power Chord empowered attacks are extremely useful in clashes so remember to use it intently. 2nd, Aria of Perseverance empowers your attack to reduce the damage output of your target so auto attacks the enemy’s ADC or APC with it during clashes.

When trying to kill someone who is fleeing away, use the empowered attack of your 3rd, Song of Celerity to slow them down.

Your ultimate, Crescendo is an AoE stun so it can be used to turn around fights, secure kills, or save your teammates. Do not wait for the perfect moment and be decisive when using it.

Miss Fortune and Sona synergize in so many ways. First, they both have an oppressive lane presence due to their superior poke. Second, they both have movement speed enhancement abilities which makes them unmatched when it comes to kiting. And finally, Sona’s ultimate, Crescendo, is a good set up for Miss Fortune’s ultimate, Bullet Time.

Varus has a strong burst damage combo once he reaches level 5 and he is a threat even before that with his long-range burst damage ability 1st, Piercing Arrows. Once you and Varus reach level 5, you can immediately cast your ultimates together and delete the enemy Dragon laners.

Sona is weak against hook-type champions because she is immobile so, Blitzcrank is always a threat to her.

Leona has strong all-ins starting level 2 so Sona is always in danger of dying when facing her. A combination of Heal and Exhaust summoner spells are required when facing her and be extra cautious in the early game.

Here are some pros and cons if you are playing with Sona in Wild Rift.

How good is Sona in Wild Rift?

Sona is a (Tier A) champion. She is an okay fit for most line ups but she is weak against assassins and engage supports which is prevalent in Wild Rift’s meta.

What role / lane should I play with Sona in Wild Rift?

Sona is a Dragon lane enchanter who has a loaded utility kit which can fit most line ups.

What abilities do I level up with Sona?

1st, Hymn of Valor, is maxed first to take advantage of its poking strengths during the early game. However, if the lane is hard, maxing 2nd, Aria of Perseverance, is a viable route. Max 3rd, Song of Celerity last because it grants the least amount of utility for Sona and her team compared to the other two abilities.

What items should I build with Sona?

Archangel Staff is Sona’s first core item because she needs the ability haste and mana to sustain her spam playstyle. Afterwards, she needs to build Harmonic Echo for stronger heals and Ardent Censer to further buff the damage of her allies.

What Runes should I use when playing as Sona?

Aery provides equal amounts of offensive and defensive bonuses. It grants additional damage to your attacks and it also grants an additional shielding component to your 2nd, Aria Of Perseverance. Her other runes are Brutal, Loyalty, and Manaflow Band.