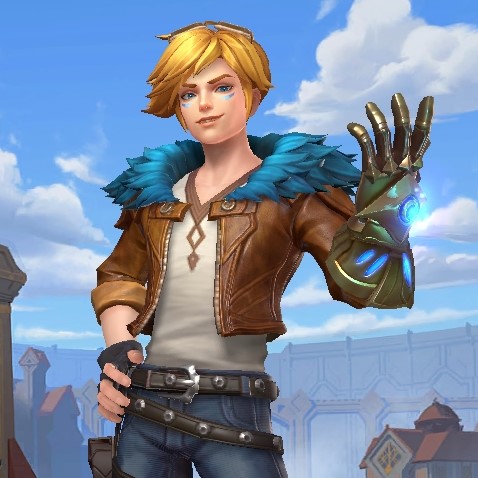 Best Ezreal Wild Rift build guide for Season 7 Patch 4.0 of WR. With our Ezreal guide you will learn which items to build, runes to select, skill order, who counters Ezreal, and how to use abilities properly.

Ezreal’s courage and bravado knowing no bounds, he prefers to improvise his way out of any situation, relying partially on his wits, but mostly on his mystical Shuriman gauntlet, which he uses to unleash devastating arcane blasts. Ezreal is one of the most mobile AD Carry and he relies on skill shots to rain in damage to his enemies, near and far.

Here are Item Build Recommendations that works on this champion and which are the best build for Ezreal Wild Rift in this patch.

This is the standard build for Ezreal which works well on most lineups and deals substantial AD damage in all stages of the game.

This is an AD and AP hybrid build for Ezreal which is just viable for a particular niche which is if you have no other source of AP damage so you’ll discourage the enemy team to stack only armor items against your team.

Runes for Ezreal in Wild Rift

Heal is a great panic button throughout the game as it provides sustain for you and another ally. Plus, it provides a short burst in movement speed which could mean life or death in a wide variety of situations.

Flash makes Ezreal twice as slippery than he already is.

1st, Mystic Shot, is maximized for its damage and long range poke. 3rd, Arcane Shift, is maxed next to reduce its cooldown and 2nd, Essence Flux, is maxed last because its more of only a “bonus damage” ability. Of course, put a point in your ultimate whenever possible.

Gains 10% Attack Speed for 8 seconds when hitting abilities, stacking up to 4 times.

Hitting a target reduces Ezreal’s other ability cooldowns by 1.5 seconds.

Fires an orb that sticks to a champion, epic monster or structure for 4 seconds.

Prioritizes enemies hit by Essence Flux, then the nearest enemy.

Ezreal receives a stacking attack speed bonus each time he lands an ability. This can be stacked up to four times and he loses the stacks after a few seconds not hitting an ability. He can refresh the duration of his maxed stack by hitting an enemy with an ability.

Ezreal should always stack up before joining a fight by hitting minions or jungle monsters. Alternatively, Ezreal can stack up real fast by trying to hit his ultimate, Trueshot Barrage, on multiple champions. 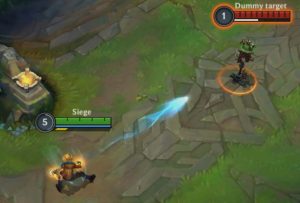 Mystic Shot is Ezreal’s main source of damage and poke. It is a long range skill shot that applies on-hit effects which is why Trinity Force and Iceborn Gauntlet is so popular with him.

Although it applies on-hit effects, it cannot crit so crit items are generally a bad idea on Ezreal.

Mystic Shot reduces all of Ezreal’s abilities cooldowns so it is an extra incentive to land the shots and not spam it blindly. 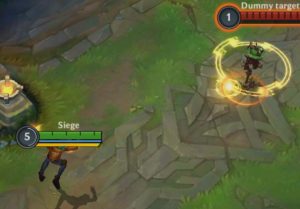 Activating Essence Flux will make Ezreal toss out an orb that sticks to the first enemy champion, structure, or Epic Monster for a few seconds. Attacking or landing an ability on the marked enemy pops the orb, dealing magic damage and replenishing Ezreal’s Mana.

Essence Flux is a great way to poke enemies in lane and impose pressure because it passes through lane minions.

It can be used to keep your passive stacks intact when there are no champions or minions around by targeting a turret with it. 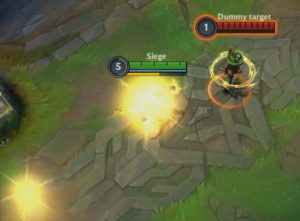 Arcane Shift, in my opinion, is downright OP. It works similarly to Flash but on a relatively low cooldown. Coupled with ability haste from items and from your 1st, Mystic Shot, it is possible to use Arcane Shift once every few seconds.

When Arcane Shift is used, it attacks the nearest enemy where you land but it prioritizes targets with the Essence Flux mark in its effective range.

Arcane Shift is the main engage tool and combo starter of Ezreal but be aware of your position because you are still a squishy marksman who can die in just a couple seconds.

Arcane Shift is an OP (yes I keep using it because it is indeed overpowered) escape tool because it works even when crowd controlled when timed correctly. With this ability, you can escape even after being Rocket Grabbed by Blitzcrank or after being knocked up by Malphite’s Unstoppable Force. 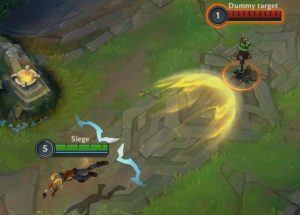 Trueshot Barrage is a global range skill shot which deals a considerable amount of damage. It can be used for various reasons such as:

It is advisable to cast Trueshot Barrage while out of the enemy’s vision so they are unaware and less likely to avoid your ultimate.

You can reposition yourself with Flash if you think you’ll miss the shot.

Ezreal is a safe ADC pick because of mobility thanks to his 3rd, Arcane Shift. Furthermore, he can win his lane if he can consistently land his 1st, Mystic Shot and 2nd, Essence Flux on enemy champions.

Never use your 3rd, Arcane Shift to blink into enemy range to harass them unless you are going in for a sure kill because you’ll surely waste your Flash that way or worse, die due to being over-aggressive.

Focus on farming until you acquire your first core item, Trinity Force. Once you have this item you can play aggressively together with your support. Make sure to stack up your passive first before going in to fight your enemies.

In the mid and late game, stay behind your front line together with your support. Once the enemy team blows their abilities, you can now use 3rd, Arcane Shift to blink towards the enemy champions and play aggressively.

Do not hesitate to use your ultimate on multiple enemies if they are sticking together, especially if it’s the start of a clash so you be able to fill your passive instantly at the same time.

Lux and Ezreal is the skill-shot King and Queen. They are a nightmare to deal with in lane and nobody is safe because they both have a global range nuke.

Seraphine is another champion with lots of annoying and hard to dodge skill shots. Her ultimate, Encore is a great setup to hit multiple enemies with your own ultimate.

Kai’Sa outscales Ezreal and can come back from behind. Her 1st, Ecathian Rain, will punish Ezreal if he uses his Essence Flux and even if he blinks Twice, Kai’Sa can simply use Killer Instinct to catch up to him.

Varus has stronger skill-shots but on a longer cooldown and his burst damage potential is way stronger than yours. Ezreal’s only advantage over Varus is his mobility but once he is rooted by Varus’s ultimate, Chain of Corruption, Ezreal will die for sure.

Here are some pros and cons if you are playing with Ezreal in Wild Rift.

FAQ's About Ezreal in Wild Rift

How good is Ezreal in Wild Rift?

Ezreal is a (Tier S+) champion. He was the top marksman in previous patches but he was nerfed. He’s still viable but he’s not that easy to win with anymore if you are not proficient with him.

What role / lane should I play with Ezreal in Wild Rift?

Ezreal is an ADC played in the Dragon lane. Thanks to his mobility and burst damage, he can also be played as a Marksman/Mage hybrid in the middle lane.

What abilities do I level up with Ezreal?

1st, Mystic Shot, is maximized for its damage and long range poke. 3rd, Arcane Shift, is maxed next to reduce its cooldown and 2nd, Essence Flux, is maxed last because its more of only a “bonus damage” ability.

What items should I build with Ezreal?

Build Tear of the Goddess, the mana giving component of Manamune, so you can spam your abilities with Ezreal then finish your Trinity Force which is Ezreal’s core item. Afterwards, finish building Manamune. After those two items, build boots and then choose between Blade of the Ruined King if against high HP opponents and Mortal Reminder if there are many champions who can sustain their selves.

What Runes should I use when playing as Ezreal?

Conqueror grants a stacking damage bonus when damaging champions which is similar to your innate passive and therefore, they pair well. His other runes are Brutal, Loyalty, and Manaflow Band.

How can I hit my skill shots more consistently with Ezreal?

Utilizing the champion lock feature helps well if you are a beginner on playing Ezreal, but you should practice aiming manually as you begin to play more comfortably with him.