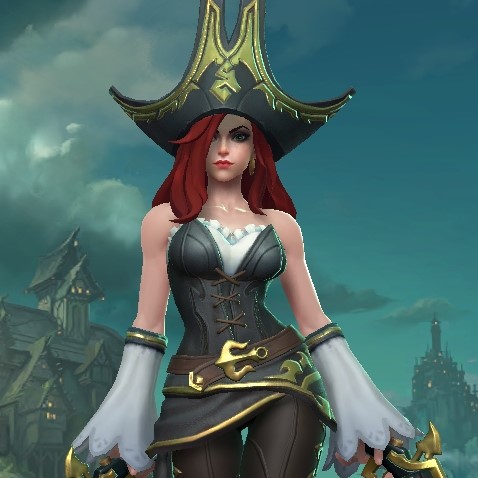 Best Miss Fortune Wild Rift build guide for Season 7 Patch 4.0 of WR. With our Miss Fortune guide you will learn which items to build, runes to select, skill order, who counters Miss Fortune, and how to use abilities properly.

A Bilgewater captain famed for her looks but feared for her ruthlessness. Those who underestimate her will face a beguiling and unpredictable opponent… and, likely, a bullet or two in their guts. Miss Fortune is an AD Carry who excels in kiting and team fights. Her ultimate, Bullet Time is a famous recipe for deadly wombo combos.

Here are Item Build Recommendations that works on this champion and which are the best build for Miss Fortune Wild Rift in this patch.

This build grants a 100% critical chance and an amazing amount of auto-attack DPS as well as damage from your ultimate.

Heal is the best summoner spell for ADCs because it is an on-demand sustain with a short burst of movement speed bonus for both you and a nearby ally.

Flash is a must for Miss Fortune because she is a squishy champion who is weak at short-range duels.

1st, Double Up, is maxed first because it is Miss Fortune’s main source of damage. 2nd, Strut, is maxed next because it is a good mix of utility for Miss Fortune and the bonus movement speed helps her survive and optimize her farm as well. 3rd, Make It Rain, is maxed last because it doesn’t bring much except for the slow and it costs too much mana. Invest a point in your ultimate whenever possible.

On-hits are applied to both targets.

Passive: After 5 seconds of not taking damage, gain 25 Movement Speed. After another 5 second, this bonus increases to 35. 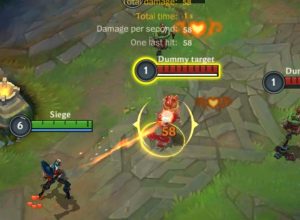 Love Tap switching attacking from one unit to another. This can be daunting for new players. You can cycle through units using the drag-lock attack function or through the portrait lock function. Both methods have their merits so simply practice to know what works better for you. 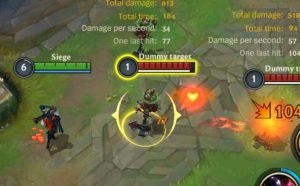 Double Up is a skill shot that bounces from one enemy and then to another enemy behind the first. The second instance of damage deals a lot more damage than the first.

Both instances of damage apply on-hit effects which include Love Tap.

Double Up deals an incredible amount of damage on the second instance at all stages of the game. The mechanics of this skill is the very first thing you have to learn and be comfortable using in order to become a deadly Miss Fortune user.

In the laning phase, Double Up is best used at the very moment the enemy’s ADC will go in for last hits.

Double Up is a skill shot and it will fire even if no one is in its effective range so don’t simply go trigger happy with it.

This ability is a great way to zone and kite the enemy’s ADC especially if they are behind their team’s tank or peelers. 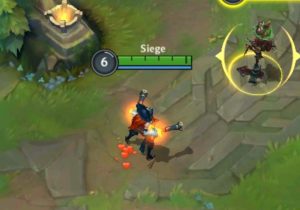 Strut can be activated to immediately grant the maximum amount of movement speed bonus and increase her attack speed as well for a short while. Every Love Tap landed reduces Strut’s cooldown. 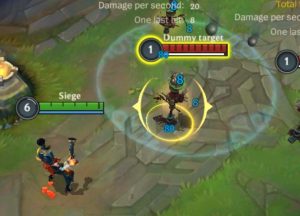 Make It Rain deals magic damage every quarter of a second while slowing affected enemies.

Make It Rain reveals the target area so it’s a good ability to check bushes, Dragon, or Baron.

Be mindful when using Make It Rain because it consumes a lot of mana quickly. 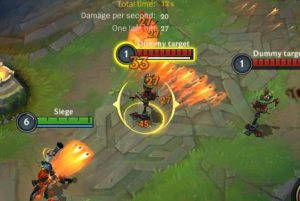 Bullet Time is a damage over time ultimate ability that deals a great deal of physical damage over a set triangular area. Miss Fortune channels the spell and cannot move, attack, or cast other abilities while channeling the ability.

Bullet Time is best used together with a strong AoE crowd control ability like Amumu’s Curse of the Sad Mummy or Malphite’s Unstoppable Force.

Refrain from using Bullet Time if you can auto-attack your enemies and they can move freely. Bullet Time has a significantly longer range than Miss Fortune’s basic attack and therefore it can be used to finish off enemies that are running away.

Enemies can only be damaged once per wave so there is no difference if the enemy is damaged near or far.

The damage from Bullet Time can crit and is affected by the critical damage bonus from Infinity Edge.

Immediately cancel Bullet Time if no one is being hit anymore so you can chase or flee right away.

Miss Fortune is an early game bully who can pressure her lane and turn it into a snowballing victory.

You can easily dodge your enemy’s skill shots using your 2nd, Strut and if you are caught by your enemy, simply activate 2nd, Strut to get the max movement speed bonus from it.

Only use your E, Make it Rain when attempting an all-in to kill an enemy. Do not spam this ability because it costs a lot of mana and once you used up your mana, you’ll no longer be able to harass your enemy with your Q, Double Up. E, Make it Rain does not do that much damage anyway. You’ll be using it to slow enemies so you can land more attacks.

Look if you can commit to an all-in immediately once you reach level 5. If not, save it for the first dragon battle.

In the middle and late game. Miss Fortune is all about superior positioning.

A well-timed Bullet Time can easily turn a fight around and Ace the enemy team.

Use your 1st, Double Up and 2nd, Strut to activate and utilize your passive, Love Tap to its full potential. Switch your target as much as possible and only focus on a target if you are sure that it is going to die.

Don’t forget to activate 3rd, Make it Rain to lock down an opponent if you and your team are going to kill them.

Alistar has great crowd controls which can help Miss Fortune more bullets with her Bullet Time. Alistar is also a great peeler so Miss Fortune will be safe to attack enemies most of the game on his side.

Jhin is extremely strong when it comes to kiting and he outranges and out burst Miss Fortune. It’s a skill matchup but Jhin definitely has the upper hand.

Kai’Sa will definitely lose the early game but if Miss Fortune does not secure a big lead, she will come back with a vengeance. She can easily deal with Miss Fortune in 1v1 situations and she can jump to her position if she is left alone.

Here are some pros and cons if you are playing with Miss Fortune in Wild Rift.

How good is Miss Fortune in Wild Rift?

Miss Fortune is an (Tier A) champion. She is currently one of the most oppressive ADC lane bully and that allows her to secure her early game lead which builds up a snowball to victory.

What role / lane should I play with Miss Fortune in Wild Rift?

Miss Fortune is played as an AD carry in the Dragon Lane. She excels in bullying her lane and doing game breaking wombo combos.

What abilities do I level up with Miss Fortune?

1st, Double Up, is maxed first because it is Miss Fortune’s main source of damage. 2nd, Strut, is maxed next because it is a good mix of utility for Miss Fortune and the bonus movement speed helps her survive and optimize her farm as well. 3rd, Make It Rain, is maxed last because it doesn’t bring much except for the slow and it costs too much mana.

What items should I build with Miss Fortune?

What Runes should I use when playing as Miss Fortune?

Fleet Footwork – Grants addtional movement speed and heals you on activation which grants a good amount of kiting and sustain at all stages of the game. Conqueror is the alternative if you want to focus more on your auto attack DPS. Her other runes are Brutal, Loyalty, and Sweet Tooth.

Any tips so I can land more Q, Double Ups?

The easiest and most consistent way to land your 1st, Double Up in the laning phase is by waiting for the enemy ADC to last hit. Remember to angle yourself between minions as well.

Miss Fortune’s ultimate, Bullet Time can wipe out the enemy team with the help of your ally’s crowd controls. Make sure to keep an eye when they use their AoE crowd controls so you can immediately follow up with your ultimate.