Best Zoe Wild Rift build guide for Season 7 Patch 4.0 of WR. With our Zoe guide you will learn which items to build, runes to select, skill order, who counters Zoe, and how to use abilities properly.

Here are Item Build Recommendations that works on this champion and which are the best build for Zoe Wild Rift in this patch.

This is the standard Zoe Wild Rift build that she can use the oneshot her targets. This item route grants a hefty amount of ability power and magic penetration needed for her kit. Lich bane on the other hand works well with her passive, More Sparkles. For your enchantment, Stasis enchant is recommended.

Aside from the items mentioned above, we also recommend this Zoe Wild Rift build. Instead of Lich Bane, you can add in the Horizon Focus instead. Horizon Focus adds health, ability haste and magic damage. It has a passive called as the Hypershot, which detonates at three stacks. You can receive 1 stack from non-targeted abilities, and 2 from crowd controls. With Zoe’s kit, she can easily get the max stack for its passive, Hypershot to get extra damage from the detonation.

Runes for Zoe in Wild Rift

For this Zoe Wild Rift guide, we suggest using either Electrocute or Aery on Zoe. Electrocute is the best rune for her if you’re gunning for a burst mage champion who is capable of killing a target in an instant. Aery on the other hand is an excellent choice as aery applies adaptive damage, after using your basic attack or abilities on your opponent.

In our Zoe Wild Rift Guide, here are Zoe’s best champion spells that you can equip on her.

Zoe is a mage champion who has great mobility, thanks to her ultimate. This allows her to fully maximize Paddle Star’s potential, and she can even use it to dodge hostile abilities. Apart from it, she has Spell Thief and has the ability to obtain Protobelt enchant and flash. However, this does not mean that she no longer needs the help of Flash. Just like any other champion, it is advisable to equip flash on Zoe that she may use to escape from risky situations or to make some insane plays with her kit.

For the second slot, we recommend Ignite. As we know, Zoe is a burst mage champion who has the ability to kill an enemy with only a few hits, if not, with one shot using her abilities. She specifically excels at doing that. So to help her in assassinating her targets, she can end her combos with Ignite as a finisher. Ignite also applies grievous wounds which then, reduces the incoming they can get.

In this Zoe Wild Rift guide, we recommend this particular order to maximize her damage output throughout the game. First thing to max is Zoe’s Paddle Star as it is the highlight and her main source of her kit. Next, upgrade her third ability, Sleepy Trouble Bubble to lower its cooldown, allowing you to use it more often especially in the mid to late game. Last skill to upgrade and max should be the Spell Thief.

Also, take note that Zoe’s ultimate should be prioritized and upgraded when it’s available during level 5, 9 and 13.

Zoe fires a missile that she can redirect in flight. Deals more damage the longer it flies in a straight line.

Zoe can pick up the remnants of enemy summoner spell and active item casts and cast them once herself. Whenever she casts a summoner spell, she gains 3 missiles that fire at the nearest target.

Causes the target to become drowsy, then fall asleep. The first source of damage that breaks the sleep is doubled, up to a cap.

Blink to a nearby position for 1 second. Then blink back.

With Zoe’s passive, More Sparkles, she can now deal extra magic damage after casting any of her abilities. Make the most out of it by making sure you’ll get to hit a normal attack after unleashing combos. 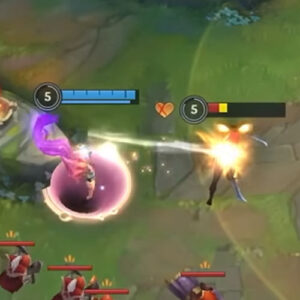 Paddle Star is Zoe’s bread-and-butter, and her  main source of damage. Zoe tosses a missile in a certain direction. After tapping the skill once again, you can redirect it in any direction you prefer. Take note that the farther it travels, the higher damage it will deal. Pair this up with mobility abilities such as Protobelt, Flash and her ultimate, Portal Jump. 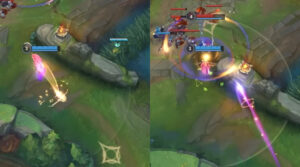 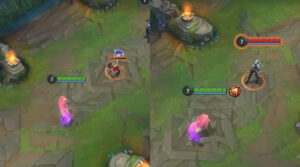 Zoe is known for being an annoying champion to play against. Aside from her burst damage, the Aspect of the Twilight can literally put you to sleep with her third ability. During Sleepy Trouble Bubble, Zoe will throw a bubble which will put you asleep after some delay if you’re hit. During this time, you will unable to control your movement, abilities, skills and more. 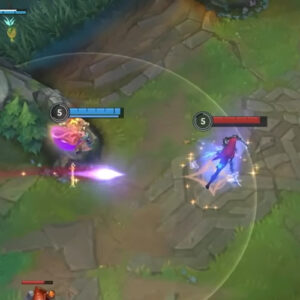 Zoe creates a portal and blinks towards a target direction before bringing herself back to her original position. 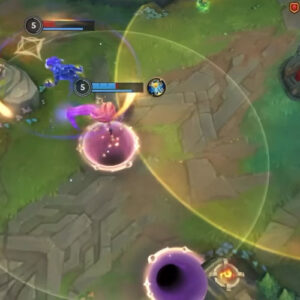 Zoes is one of the best champions to play if you like annoying your opponents. During the early laning phase, try to poke your opponents by throwing your abilities and making sure that it’s going to hit. Refrain from using your third ability, or the bubble carelessly, as putting this skill on cooldown leaves you vulnerable.

During this time, continue to play safe and opt for an all-in if they’re low enough or if you have your jungler by your side.

Post-level 5, try to visit other lanes and help them outnumber the opponents for your team to gain advantage.

The best thing you can do in the early game is to stick with your team, and be prepared for teamfights. Ideally, you should target squishy champions such as the carry. With your third skill, Sleepy Trouble Bubble, you can also try to pick someone off. But take note that you should still be careful and be mindful of your positioning as Zoe can be easily eliminated due to her being a squishy champion as well.

For our Zoe Wild Rift Guide, we highly recommend using her with the following champions as they synergize well with her.

Champions who have great range and are capable of attacking from a long distance are what we’re looking for this time, and those are the marksmen. Zoe’s Sleepy Trouble Bubble can be tossed from afar, and she can easily follow up with her ultimate. With that, it would be great if Zoe can get a little help with that. Having that said, marksmen like Jhin can help her. After hitting her bubble, Jhin can immediately deal damage to the target due to his range. On top of it, he can apply another crowd control using his second ability, Deadly Flourish.

Aside from champions with high range, beefy tanks and juggernauts synergize well with Zoe. This allows her to have a space safe in the backline as she deals burst damage to her opponents. One of these tanks is Malphite. With the right items, Malphite can become tanky enough to survive the damage coming from the opponents. Aside from it, Malphite can use his ultimate to setup for teamfights with his crowd control, allowing Zoe to freely throw her abilities at them.

In this section, we’ll show champions that can easily counter Zoe in Wild Rift.

Yasuo is a hard matchup for Zoe. Zoe is skill-reliant just like any other mage champions. Yasuo on the other hand, has a windwall that he can use to block all of her abilities, making her useless if placed right. And with his mobility, Yasuo can simply dash and close the gap between the two of you putting you at a disadvantage.

Another counter to Zoe that you should avoid or ban is Fizz. Zoe suffers from mobile assassins due to her being squishy. Aside from being able to one-shot Zoe, hitting him with your Sleepy Trouble Bubble might be hard as he can avoid it with this third ability, Playful / Trickster.

Here are some pros and cons if you are playing with Zoe in Wild Rift.

FAQ's About Zoe in Wild Rift

How good is Zoe in Wild Rift?

Zoe is currently at S tier. She is an excellent choice if your team needs a heavy burst mage champion, capable of instantly killing her key targets within seconds.

When is Zoe's release date in Wild Rift?

What role / lane should I play with Zoe in Wild Rift?

Zoe is a mage champion capable of dealing an insane amount of damage when played right. Much like any other mages, Zoe is recommended to be played in the midlane.  She can also be used as a support thanks to her poking abilities, and her crowd control.

What is the best runes and build for Zoe in Wild Rift?

The best runes for Zoe so far are either Electrocute or Aery. As for the build, you can opt for these items granting ability power, ability haste, and magic penetration; Luden’s Echo, Rabadon’s Deathcap, Lich Bane, Infinity Orb, Void Staff and Horizon Focus.