Best Vex Wild Rift build guide for Season 7 Patch 3.5 of WR. With our Vex guide you will learn which items to build, runes to select, skill order, who counters Vex, and how to use abilities properly.

Here are Item Build Recommendations that works on this champion and which are the best build for Vex Wild Rift in this patch.

This item build is ideal for a burst mage route for Vex in Wild Rift. The following items, Luden’s Echo, Awakened Soulstealer, Infinity Orb, Rabadon’s Deathcap and Void Staff grants ability power, mana, ability haste and magic penetration. This is exactly what she needed to nuke down her opponent, even tanks due to magic pen.

Second route that you can opt for is this item build. In addition to items that ramps up her damage output, increasing her health is essential as well. With Wild Rift Vex’s ultimate, she can dive into her opponents rapidly. She may have a shield to protect her, but it may not be enough especially against fed opponents. That said, items providing additional health such as Liandry’s Torment and Cosmic Drive can help survive. Additionally, Morellonomicon is a recommended item against champions with great healing.

Runes for Vex in Wild Rift

Being a burst champion that she is, she can benefit well from Electrocute as an additional source of damage. It is also easy for her to proc it with an array of abilities she can land on her opponents. In our Wild Rift Vex Build Guide, we recommend the use of Scorch, Conditioning and Manaflow Band.

These are the best spells that must be equipped for Vex in Wild Rift.

Vex lacks a form of mobility other than her ultimate, Shadow Surge that can either secure her a kill or save her from risky fights that could otherwise lead her to her death. That said, she might need to have Flash for these situations.

The use of Ignite may be crucial to Vex especially with her ultimate. Vex gains the ability to recast Shadow Surge after taking down its target only after a short period. If she fails to do so, she’ll otherwise not gain a ‘reset’. Luckily, Ignite can help her with that. Vex can now jump and inflict fear into her opponents with the help of Ignite.

This is the recommended skill order for Wild Rift Vex build guide. During laning phase, it’s best to take Looming Darkness (E) first as it creates a slowing field and deals magic damage simultaneously. The order should be E>Q>W, but Mistral Bolt  must be maxed first before everything else as it will be her main source of damage. This should be followed by Personal Space then Looming Darkness.

Evert 22 seconds Vex becomes afflicted with Doom, causing her next basic ability to interrupt dashes and fear enemies for 0.75 seconds.

Whenever a nearby enemy dashes or blinks, Vex marks them with Gloom for 6 seconds. Vex’s next attack against a Gloomed enemy deals an additional 40 magic damage and reduces this ability’s cooldown by 25%.

Non-champion targets take 40% damage and refund 10% of this ability’s cooldown.

Vex launches a wave of mist that deals 50 magic damage. After a delay, the wave becomes smaller and faster. Consumes Gloom on enemies hit.

Vex gains 50 shield for 2.5 seconds and emits a shockwave that deals 65 magic damage.

Vex commands Shadow to fly to a location. Upon arriving, it deals 5 0magic damage and slows by 30% for 2 seconds.

Enemies feared by this ability move away from the center rather than from Vex. The size of the affected area increases the further Vex casts this from herself.

If the marked champion dies within 6 seconds of taking damage from this ability, its cooldown is temporarily reset.

From its name, Vex’s passive consists of two parts – Doom and Gloom.

Doom empowers Vex’s next basic ability knocking down and fearing enemies which also slows them. Aside from it, Looming Darkness can also be used to proc Doom. But instead, enemies are feared away from the epicenter instead. Make sure to make the most out of Doom by using it at the right time, when the enemy is trying to engage and unleash his combo. Below your hp bar, you’ll be able to see a Doom indicator that turns red if Doom is up. 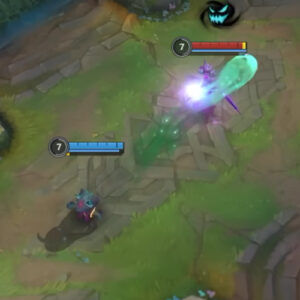 It is also worth taking note that the farther they are from you, the slower they’re going to move away from fear. That said, fearing an opponent that stands next to you will move faster.

The other component of her passive is Gloom. This passive works well with champion that can blink or dash like Zed, Irelia and Katarina. With Gloom, Vex marks enemy champion who dashes or blinks for 6 seconds. Her next basic attack or ability aside from ultimate and Looming Darkness detonates the mark that deals magic damage. 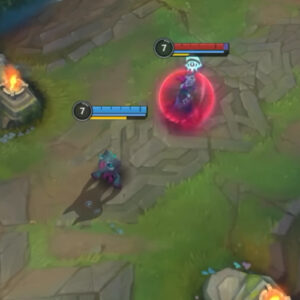 Releasing a basic attack with Gloom will turn it into non-projectile. Hence, it cannot be blocked by Braum’s Stand Behind me or Yasuo’s Windwall.

Vex launches a wave of mist that starts off slow and and gains a sudden increase in speed and narrows down after reaching a certain distance unit. After recasting this ability, Vex will teleport and blink towards the location of her target. This ability also passes through minions. 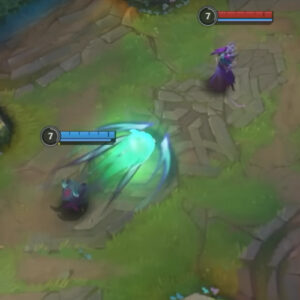 Personal space both provides damage and shield for herself. She emits a shockwave that surrounds her dealing magic damage. Personal Space also detonates Gloom. 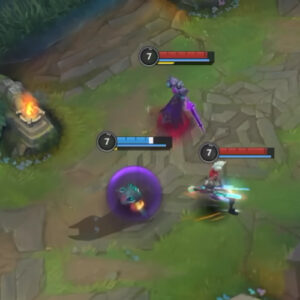 Vex tosses a shadow towards target location. Its size increases in range the longer time it travels. Upon hitting, it deals magic damage and slows down opponents. 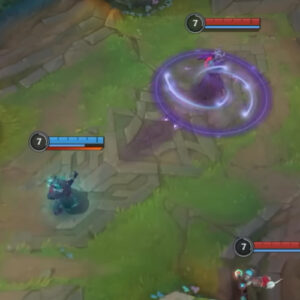 You can also make use of Looming Darkness to fear opponents from Doom or apply Gloom.

A shadow travels forward dealing magic damage and marking the enemy champion hit. After quite some time, Vex can cast it again to blink towards the location of its target. 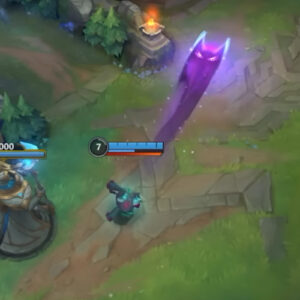 After killing the target within short period, Vex gains a reset and is able to cast it again to another champion. Basically, this ability resembles Pyke’s ultimate.

Wild Rift Vex’ early game benefits from her passive. The reason you would want to start with E is that, it is easier to land and that, it applies Gloom. Gloom applies to targets who blinks and gets hit by Looming Darkness. This further increases her damage, even more with Electrocute.

Doom is also a great component of her passive. Vex is squishy and some of her abilities are quite hard to hit. Vex can make use of this to land her attacks.

Lastly, Vex does not have other mobility to save her from ganks so make sure to track your opponents’ location, especially the jungler’s location before extending.

Mid-game is Vex’s strongest phase, and she kind of falls off in the late game. However, that doesn’t mean she’s useless. After all, she can still apply an insane amount of damage within a short period and cc as well, that she can use against key targets.

Apply Gloom as many as you can as it can reduce the cooldown of Doom.

During the late game, stay with your team. It may sound difficult, but you may try to jump on squishy targets. If not, stand at the frontline instead before bursting down your target.

In our Wild Rift Vex Guide, we believe that Vex synergizes well with champions with crowd controls and the one that can help her gain an early lead.

Leona is gonna be one of your best source of crowd controls. At the same time, she eats damages for breakfast, making her the best champion to be with Vex. Vex’s abilities are absolutely rewarding but it may be hard to hit. Hence, a good crowd control can do its job to keep opponents in place.

A good jungler who can gank early can help Vex take an early lead. Vi has good early game that Vex can utilize to win her lane early through ganks.

In general, Wild Rift Vex can be easily countered by these champions due to their range.

Orianna is a nuisance due to the range of her abilities, allowing her to deal damage from a safe distance. This makes it easier for Orianna to bully the Gloomist.

While Vex can deal greater damage when faced against champions with dashes or blinks, Fizz can counter her with ease due to his burst. Also, for each time Vex attempts to land her killing blows, Fizz can quickly get out of it with his third ability.

Here are some pros and cons if you are playing with Vex in Wild Rift.

FAQ's About Vex in Wild Rift

When is Vex's release in Wild Rift?

Vex, the Gloomist will arrive and be available in Wild Rift on October 27, 2022.

How good is Vex in Wild Rift?

According to our Wild Rift Vex guide, Vex is in S tier. Vex is a traditional mage that deals high amount of damage from her ranged aoe attacks, while being able to inflict strong crowd control that can bring her foes their own demise.

What role / lane should I play with Vex in Wild Rift?

Vex’s is initially made for mid lane like the rest of the mages, however she can also be placed in the baron. However, she may struggle as she is squishy with no mobility other than her ultimate.

What is the best runes and build for Vex in Wild Rift?

In our Wild Rift Vex Guide, we have discussed that building Luden’s Echo, Awakened Soulstealer, Stasis Enchant, Infinity Orb, Rabadon’s Deathcap and Void Staff. For runes, it is recommended to go for Electrocute to Scorch, Conditioning and Manaflow band.