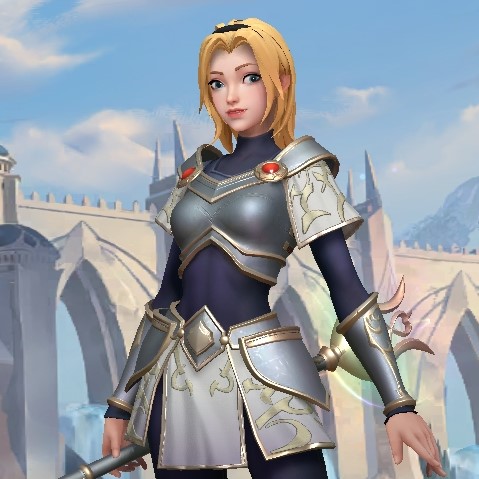 Best Lux build guide for Season 4 Patch 2.6 In Wild Rift. With our Lux guide you will learn which items to build, runes to select, skill order, and how to use Lux abilities properly.

Able to bend light to her will, she grew up dreading discovery and exile. Lux’s optimism and resilience have led her to embrace her unique talents. She is a mage champion who excels at nuking her enemies from afar. She can be played in the middle as a burst mage and the Dragon lane as an poke-type enchanter.

Throws Lux’s wand in a direction, shielding allied champions it passes through from 50 damage (50 + 20% AP) for 3 seconds.

After reaching its apex it returns to Lux, shielding allied champions for an additional 100 damage (100 + 40% AP).

Damaging enemies with her abilities mark them with Illumination which can be triggered by Lux’s auto-attack or her ultimate ability to deal magic damage.

Lux win trades through poke and with this ability. After hitting enemies with an ability, go in for an auto-attack to activate illuminate but be careful not to get poked back. Most of the time, your enemy will learn to do two things about your passive:

These scenarios will depend on the matchup you are facing but as a rule of thumb, maintain a safe distance when using lux. It is not worth it to put yourself in danger just to activate Illumination.

Your ultimate, Final Spark, activates and refreshes Illumination. This adds to the possibility of dealing absurd amounts of damage even as a support. 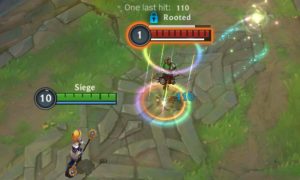 Light Binding is a skill shot which damages and roots the first two enemies it hits.

You will want to use Light Binding to keep enemies in place for your ultimate or for your allies to finish off. It can also be used for defensive situations for holding off enemies charging towards you or your ADC.

It is best not to spam this skill because it is also a form of protection for you and your team and without it, you are more vulnerable.

Cast it right after slowing enemies down with your E, Lucent Singularity to increase your chances of hitting them.

You can also cast it when the enemy is behind a minion because it will still pass through and might surprise your enemy. 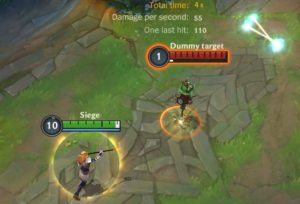 Prismatic Barrier is your main defensive spell where Lux throws her wand to apply a shield to her and allies it passes through and again on its way back. The shield applied is stronger on its way back.

Prismatic Barrier can and will disrupt your enemy’s combos and timing and can prevent enemies from killing your cores with a single combo. Lux is an immobile champion and good timing of Prismatic Barrier will save her life a lot of times.

If you miss your ally on your wands way out, try to position yourself so that you will hit more allies on its way back. It is especially important because the shield your skill provides is stronger on the way back.

When running away, cast your shield in the direction you are running to so that your wand will return faster to you.

There are people who spam Prismatic Barrier to fake their skill shots but it is not recommended because you are a lot vulnerable while it is on cooldown. 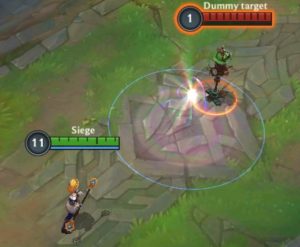 Lucent Singularity shoots out a big ball of light that remains on the ground and slows enemies inside its AoE. The ball of light then explodes when its timer expires or when detonated manually.

Lucent Singularity has a long range and reveals the area where it lands. Use it to check bushes instead of making your allies facecheck (to go inside the bush to see if there are enemies) the bushes.

This ability is spammable and has good AoE which makes it your best wave clearing and harassment tool.

The slow effect of Lucent Singularity is underrated but it is so good, especially when placed on chokepoints where enemies would have no choice but to suffer the slow and damage or choose a more dangerous route for their escape.

Remember to activate it when your enemy is about to escape. It will be quite frustrating if an enemy escapes knowing that they could have been taken down if you just detonated your ball of light. 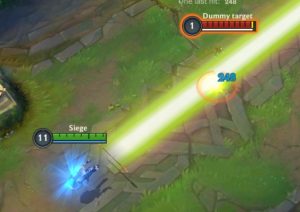 Final Spark might be the most reliable global range skill shot because it is near-instantaneous activation and large width. It deals a large amount of damage and activates and also refreshes your Illumination passive.

Lux users usually use Final Spark to do one-shot combos or to pick off enemies from afar but its most underrated use is as a follow-up initiation. To hit 3 or more enemies with a single cast of Final Spark will usually spell the win for Lux’s team.

You can and should also use Final Spark to attempt steals on Dragons and Baron. On level 16+, an E + R combo deals more damage than the Smite spell.

Here are Item Build Recommedations that works on Lux

This is your standard build for a mid lux which goals to amp up her cooldown reduction and damage output to churn out as much damage as possible.

This build is for a support type Lux playing on the dragon lane. This item build focuses on increasing the utility Lux can bring for her team.

Barrier is the best spell for Lux because it makes an immobile champion rather hard and annoying to kill. The Heal and Exhaust summoner spells are viable options as well.

Flash should always be a summoner spell equipped on Lux because she is an immobile champion.

Lux’s 3rd, Lucent Singularity is maxed first because it is a reliable AoE spam skill that also provides a lot of utility for you. Max 1st, Light Binding, when you are ahead and choose to max 2nd, Prismatic Barrier when your team needs more defense. You can also choose to get your shield earlier at level 2 or 3 when facing a tough lane. Get a point in your ultimate whenever possible.

What makes Lux hard to face in the laning phase is her long-range abilities and her shields.

3rd, Lucent Singularity is easy to hit so you can also easily activate your passive with it by auto-attacking the enemy once after hitting them with this.

When going for an auto-attack to activate your passive you will be closer to the enemy than usual and they might use that as an opportunity to poke you back. Once that happens, activate your shield towards their direction. You will avoid the damage and they might flinch and dodge thinking that you released an offensive ability.

Save your 1st, Light Binding for all-ins or for escaping ganks because you are very vulnerable without it because Lux doesn’t have any mobility tool. Once you expend your st1, Light Binding, the enemy will more likely to go in on you.

Once you reach level 5, always look out for your teammates so you can support them with your ultimate, Final Spark. Yes, killing fleeing enemies is satisfying but assisting your teammates is good as well because if they get the kill, they’ll get stronger and help you to win the game. In other words, assist your teammates instead of kill stealing.

In the late game, Lux becomes a potent artillery mage who is capable of killing enemy champions with just one combo. If an enemy is caught with her 1st, Light Binding, that enemy is more than likely dead except if they have a Stasis Enchant.

Lux also has great peeling potential thanks to her abilities, especially her 2nd, Prismatic Barrier which would give high amounts of shielding in the late game.

Use your 3rd, Lucent Singularity to check brushes so your team would be safe from surprise attacks.

And finally, do not hesitate to use your ultimate, Final Spark, especially in conjunction with your teammate’s strong crowd controls so you can deal large amounts of damage to multiple enemies in an instant.

Ezreal is the skill shot bot lane duo which is super annoying to deal with. This duo deals extreme amounts of damage from long range at all points of the game. Plus, there is no place is safe in Wild Rift when these two are around. Pair them with AoE setters like Amumu, Jarvan IV, or Malphite for highlight-worthy wombo combos!

Leona has lots of crowd controls to keep enemies in place which easily turns them an easy victim for a mid Lux’s Final Spark.

Miss Fortune is another ADC with a long-range poke. Both of them hit extremely hard and when an enemy is crowd controlled, they can pour their abilities on them resulting in a quick death.

Lux relies on skill shots and Fizz just loves to dodge those skill shots. If you are unable to bully Fizz out of the lane, when he reaches level 5, expect your game to be constantly hard for you.

Katarina is a high mobility champion who can easily avoid all your skill shots with her 3rd, Shunpo resets. If you catch her once, she’s dead. But, if she evades your 1st, Light Binding, not even your shields can save you from her.

Vi’s Assault and Battery will ignore your skill shots and dive you directly into your death. Never be caught alone because you’ll have no chance of fighting back against her.

Here are some pros and cons if you are playing with Lux in Wild Rift.

How good is Lux in Wild Rift?

Lux is a (Tier A) champion. She is a great counter to disengage and poke supports because she can deal damage and shield allies from afar.

What role / lane should I play with Lux in Wild Rift?

Lux is played as an artillery mage in the middle lane or as a poke type enchanter support in the Dragon lane.

What abilities do I level up with Lux?

Lux’s 3rd, Lucent Singularity is maxed first because it is a reliable AoE spam skill which also provides a lot of utility for you. Max 1st, Light Binding, when you are ahead and choose to max 2nd, Prismatic Barrier when your team needs more defense. You can also choose to get your shield earlier at level 2 or 3 when facing a tough lane.

What items should I build with Lux?

Lux’s core items are Luden’s Echo which increases her poke damage and Awakened Soulstealer which allows her to cast her ultimate, Final Spark as often as possible. As a support, building Harmonic Echo and Ardent Censer are optional for utility purposes.

What Runes should I use when playing as Lux?

Electrocute deals additional damage when executing combos. You have to at least do your poke combo (E + Q + Auto Attack) to activate this rune. While Aery makes your attacks and abilities deal bonus damage or bonus shield coming from Aery. However, the bonus damage is way lower than from Electrocute to compensate for its reliability and utility. Her other runes are Brutal, Regeneration and Manaflow Band.

Any tips so to have better aim with Lux's skill shots?

Fake the enemy with your 2nd, Prismatic Barrier to know the direction where they dodge then use your 3rd, Lucent Singularity first to slow the enemy down before using 1st, Light Binding to root them and then finish the enemy off with your auto attacks and ultimate, Final Spark. Also, do not spam your abilities blindly. The longer you hold off casting your abilities and read your opponent’s movements, the better chance of you hitting your abilities.