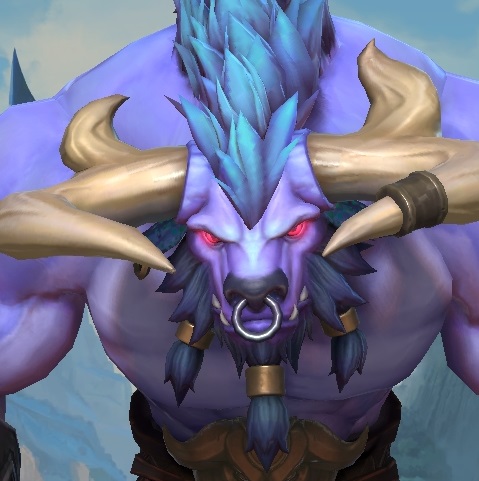 Best Alistar Wild Rift build guide for Season 7 Patch 4.0 of WR. With our Alistar guide you will learn which items to build, runes to select, skill order, who counters Alistar, and how to use abilities properly.

Alistar is a mighty warrior with a fearsome reputation, he fights in the name of the downtrodden and the disadvantaged, his rage as much a weapon as his horns, hooves, and fists. Alistar is a tank support champion who excels in initiation, zoning and peeling for his team.

Here are Item Build Recommendations that works on this champion and which are the best build for Alistar Wild Rift in this patch.

This is the standard build for Alistar. This will offer a lot of utility and survivability for you and your team.

This build is the best version of Alistar, making him the ultimate tank of the game. If you have a good opponent and you need to win at any cost, you should go for these itemizations.

Runes for Alistar in Wild Rift

Alistar wants to play his lane aggressively and Ignite will help him secure his kills. Also, it counters the Heal spell because Ignite applies Grievous Wounds to the affected target.

Flash is necessary for superior positioning and initiation.

We are going to max 1st, Pulverize first because it is an AoE burst damage crowd control ability. Next to be prioritized is 2nd, Headbutt to reduce its cooldown and it deals a substantial amount against towers. 3rd, Trample is maxed last because its damage is underwhelming and we just want it for the stun effect. Get a point in his ultimate, Unbreakable Will, when possible.

When Alistar takes damage, he heals himself for 20 HP and nearby allied champions for 40 HP.
Knocking up or stunning champions with Alistar’s abilities reduces the cooldown by 8 seconds.

Deals 100 magic damage (100 +40% AP) to nearby enemies over 5 seconds. If Trample damages an enemy champion 5 times, Alistar’s next attack within 5 seconds is empowered to deal an additional 40 magic damage and stuns for 1 second.

Only one stack can be gained per tick.

Alistar heals himself and nearby champions whenever he or his allies are damaged. I don’t know if this is intended but the tooltip indicates that the heal should only activate when Alistar is the one who is damaged but it also activates when a teammate near him is damaged.

Triumphant Roar has a long cooldown but it is reduced every time Alistar lands a CC on enemy champions. Hitting 4 champions with the same or different crowd control will refresh or nearly refresh its cooldown.

This passive does not immediately activate when the lost HP of Alistar or his teammate has, is less than the amount of heal they are going to receive. 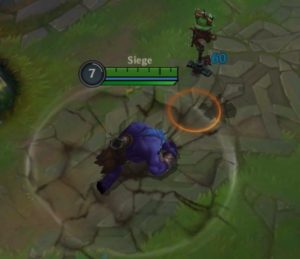 Pulverize is an AoE magic damage ability that knocks up all enemies affected. It has a fairly large AoE which can easily be used to knock up 2 or more champions.

Pulverize can be activated while casting Headbutt to interrupt the knockback effect of the latter ability. This is Alistar’s main combo. Keep in mind that you should cast Pulverize when the Headbutt animation is ongoing because if you cast it late, you will mess up the combo and make the enemy fly away to safety.

You can flash buffer Pulverize to make it cast faster and surprise enemies. You can do this by casting Pulverize first then flashing into the enemy team. This is usually followed up by using 2nd, Headbutt on the enemy to throw them to your team or turret. 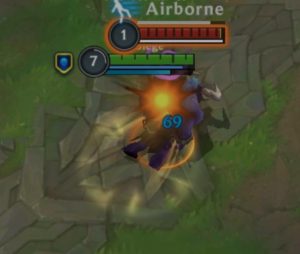 Headbutt is a targeted dash that deals magic damage and knocks back the enemy he hits. The casting animation for this ability is so fast, most enemies won’t have the time to react to a Headbutt + Pulverize combo.

Headbutt can be used on turrets and it will deal 50% more damage to it.

Headbutt is also an exceptional peeling tool. If an enemy with a strong kill potential or huge gold lead dives your carry, immediately use Headbutt to knock it away. It is a judgment call whether to knock the enemy away or to follow up with Pulverize and go in for a kill. If your team is low or has your abilities in cooldown, knocking the enemy away is the safer choice. 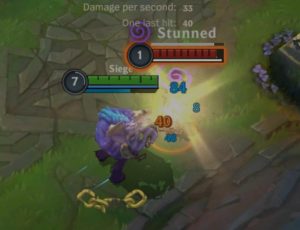 Trample deals AoE DPS around Alistar for a few seconds. If the AoE DPS damages an enemy champion, he gains a stack and once he gains five stacks, his next auto attack deals bonus magic damage and stun the enemy he strikes with his auto-attack.

This is Alistar’s main zoning tool. Enemy champions will be forced to back away when this ability is active because they will be receiving magic DPS and the threat of an impending stun.

Get your stacks on the enemy bruiser or tank then when the stacks are almost complete, do a W + Q combo to an enemy champion near you, not the tank but preferably a priority target or a squishy carry. After the knock-up, you’ll be able to further hold down the enemy champion with the stun.

Alistar only gets one stack for the Trample’s stun regardless if he hits one champion or five. 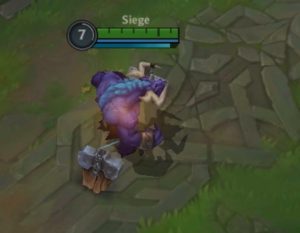 Once Alistar activates Unbreakable Will, crowd control effects are removed from him and he gains a massive amount of damage reduction for a short duration.

This is great for doing tower dives because it will make Alistar able to take almost twice the amount of turret hits before he dies.

Knock the enemy into your team/turret: Flash + 1st + 2nd

Alistar is a support tank champion with immense kill pressure in the laning phase thanks to his combo.

Because he needs his combo to kill enemies, he is weak at level 1. Avoid poke and simply soak experience while level 1. It is better if you have a marksman who can clear the lane fast so you’ll reach level 2 faster than the enemy.

You will reach level 2 after killing the first minion of the second wave. Once you reach level 2, immediately surprise the enemy with your 2nd + 1st combo to lower down their HP. If you successfully bring the enemy at around half health and burn their summoner spells, you’ll have a good chance to kill them once you and your marksman reach level 3.

Repeat the same tactic once you hit level 3. and continue doing the tactic unless you are low on health. If you have a good early game, your marksman will be a commanding presence all game long and all you have to do to win then is to protect them.

In the mid and late game, you have three roles:

The kill pressure on a Jhin and Alistar lane is immense. Jhin can easily add a follow-up CC and his burst damage is strong and reliable. Alistar helps a lot with Jhin’s issue of being immobile all throughout the game because Alistar is an amazing peeler.

Tristana is a champion who has strong level 2 and level 3 power spike so she is a great pair with Alistar. They can easily snowball the Dragon lane together if the enemy are not careful.

Draven loves to play aggressively in the early game. Alistar’s CC and peeling capabilities allows him to do whatever he wants and stay protected.

Braum stalemates Alistar’s pressure in the laning phase because he is equally tanky and he provides a lot of utility. In this match up, who’s ADC scales better will determine the game.

Alistar is weak against poke and Seraphine has a lot of it. You have to manage your health when against Seraphine and a long range ADC but she is vulnerable to all-ins so you have a good chance versus this matchup.

Janna is a traditional enchanter with a good poke, lots of peeling, slows, buff, and a strong disengage ultimate. She’ll make you useless all through out the game and if you get frustrated, it will easily be a loss for your team.

Here are some pros and cons if you are playing with Alistar in Wild Rift.

FAQ's About Alistar in Wild Rift

How good is Alistar in Wild Rift?

Alistar is an (Tier A+) champion. He is a great pick on whatever lineup because of his capability to initiate, peel, and create space for his team.

What role / lane should I play with Alistar in Wild Rift?

Alistar is played as a support in the Dragon lane. He can be played in the Baron lane as a meme but its not a recommended playstyle in rank games.

What abilities do I level up with Alistar?

His 1st, Pulverize is maxed first as it is Alistar’s main source of damage and CC. His 2nd, Headbutt is maxed next for the damage, reduced cooldown, and damage to turrets. His 3rd, Trample is maxed last as it does not deal that much damage.

What items should I build with Alistar?

It’s best to build his boots up to the Locket Enchant first to protect teammates. His core items afterwards are Dead Man’s Plate for the bonus movement speed and empowred attack that has bonus damage and a slowing effect and Zeke’s Convergence which releases an AoE slow and DPS effect upon activating your ultimate.

What Runes should I use when playing as Alistar?

Aftershock – Grants bonus dual resistance upon affecting an enemy champion with crowd control. After a brief moment, he will deal a burst of magic damage around him based on his max HP. His other runes are Weakness, Loyalty, and Packhunter.

I can't do the Headbutt + Pulverize combo, help!

You have to immediately press the button for Pulverize once you activate Headbutt to pull it off properly. To increase your success with this combo, you’ll have to make sure that your target is within the range of Headbutt.

In This Patch Riots making a slight tweak to Abilitly Headbutt’s timing to promote more variety in Alistar’s beefy plays.