Best Warwick Wild Rift build guide for Season 7 Patch 3.5 of WR. With our Warwick guide you will learn which items to build, runes to select, skill order, who counters Warwick, and how to use abilities properly.

Here are Item Build Recommendations that works on this champion and which are the best build for Warwick Wild Rift in this patch.

This Wild Rift Warwick build consists standard AD items consisting of physical items that provide attack damage, health, tenacity, and ability haste allowing him to ramp up his damage and improve his sustain. Guardian Angel also lets him come back into the fray after dying.

Warwick is a melee character and attacking his foes means he’ll have to dive in, especially if he’s trying to target the enemy carry. That said, the Uncaged Wrath of Zaun might need help to survive. For our Wild Rift Warwick build guide, we recommend the use of these items for Tanky Warwick  as these provides health, armor, tenacity. Spirit Visage also increases his healing ability.

Runes for Warwick in Wild Rift

Lethal tempo further increases his attack speed, allowing him to deal damage and heal more frequently. Grasp of the Undying on the other hand, is advisable for players who want to opt for a tanky build.

Hunter – vampirism increases his physical/magic vamp while Triumph allows him to regain a portion of his health upon takedowns.

Lastly, it is recommended for Junglers to use Mastermind for easy jungle clear.

These are the best spells that must be equipped for Warwick in Wild Rift.

Flash is a must-have for champions with or without any form of mobility. This applies for Warwick which can help him secure kills and objectives, or be of aid in his attempt to escape from his enemies.

Warwick shines best as a Jungler. His whole kit is tailor-made for the jungle with his excellent clearing and gank potential. Thus, it’s best to equip Smite on him.

It is recommended in our Wild Rift Warwick Build guide to upgrade his ultimate, Infinite Duress as soon as it’s available at level 5, 9 and 13. His first ability, Jaws of the Beast  should be maxed first followed by Blood Hunt as both of these are his main source of damage, attack speed and healing. Lastly, upgrade Primal Howl.

Jaws of the Beast

Lunges forward and bites the target enemy, dealing 70 magic damage (120% attack damage + 100% ability power) plus 6% of the target’s max health and healing for 22.5% of the damage dealt.

Hold: Warwick also clamps on the target, leaping behind them and following their movement.

The bonus damage is capped at 125 against monsters.

Passive: Marks enemy champions below 50% health, gaining 45% movement speed towards them and gaining 70% attack speed against them. These bonuses are enhanced to 150% of their value against targets below 35% health.
Active: Briefly senses all enemies and marks the closest champion for 8 seconds. Cannot be used while in combat with champions.

Warwick can only passively sense enemies who were brought below 50% health by allies.

Warwick gains 35% damage reduction for 2.5 seconds. After it ends, Warwick howls, fearing nearby enemies and causing them to flee from him for 1 second, during which they are slowed by 90%.

Warwick leaps a huge distance that scales with his move speed, supressing the first champion he collides with while he channels for 1.5 seconds. He attacks that champion 3 times over the duration, applying on-hit effects and dealing 175 magic damage (175 + 167% bonus attack damage). Warwick restores 100% of all damage dealt during the channel as Health.

His basic attacks deal scaling bonus damage, which could heal him for the same amount if his HP is below 50%. If below 25% healing is tripled. That said, you won’t have to worry about engaging in your healing is stronger the less health that you have. 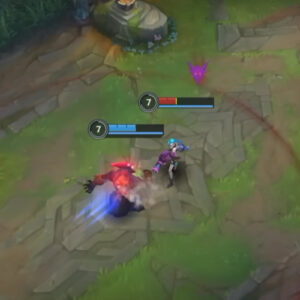 Q | Jaws of the Beast

Warwick bites his target to deal damage based on their maximum health. At the same time, he heals from it. You can also charge it by holding to lunge to your target. 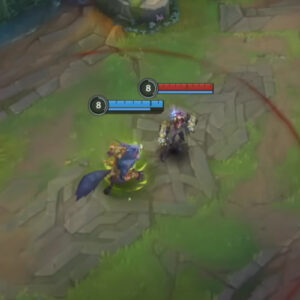 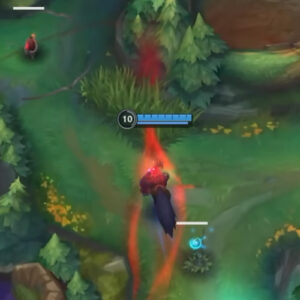 Warwick gains damage reduction, and can be recast to fear enemies. 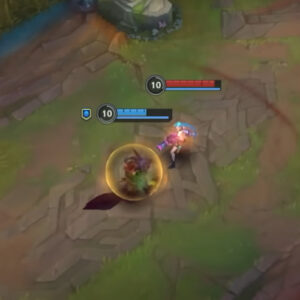 Infinite Duress is a skillshot rather than a point-and-click ability. This allows him to leap and suppress enemy. Enemy suppressed is revealed and receives magic damage. However, this ability can be canceled by any strong crowd controls. 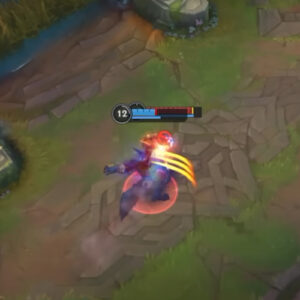 Warwick’s early game should focus on farming efficiently as his ganking potential isn’t as great as other junglers like Lee Sin and Vi before level 3. Instead, take note of enemy jungler’s whereabouts and do countergank.

Take note that Warwick’s power spike is at level 5 where he can obtain his ultimate. However, after getting three of your abilities, you may also try to counter your jungler with the aid of your Blood Hunt.

During mid game, Warwick is expected to eye on and secure jungle camps and objectives especially Dragon, Rift Herald and Baron Nashor.

It is best to group with your team during the late game, or try to play for picks. Warwick’s ultimate, Infinite Duress enables him to target squishy opponents and even carries with his crowd control. This also grants his team a good opportunity to land their abilities.

Aside from being able to engage on key targets, Warwick can also easily survive teamfights due to his healing. Similarly, he can be useful in peeling for his carries.

In this Wild Rift Warwick Guide, we recommend using Warwick along these champions as they can help one another in either winning the lane or the game itself.

Nautilus can set up a gank with ease thanks to his crowd control abilities. Warwick’s ultimate is a skillshot, meaning it has a chance to miss. But landing his ultimate will be a piece of cake if they are immobilized.

Irelia and other mobile champions with crowd control works best as well with Warwick. Warwick can jumped on his targets, completely suppressing them. After which, Irelia can immediately follow up with a dash and even land a stun to completely lock them down.

Be careful of these champions as they heavily counter Wild Rift Warwick.

Amumu without a doubt, loves annoying everyone with his strong crowd controls. That said, it might be hard for Warwick to position himself as his stuns and roots can cancel his ultimate. Ultimately, Warwick only heals when attacking, and Amumu’s attacks would leave no room for him to heal if he’s snared.

Olaf’s kit is basically similar to Warwick. They both heal from hurting another. But, Warwick loses at the fact that Olaf can get rid of his Infinite Duress just by clicking on his ultimate, Ragnarok.

Here are some pros and cons if you are playing with Warwick in Wild Rift.

FAQ's About Warwick in Wild Rift

How good is Warwick in Wild Rift?

Warwick has an excellent control over the jungle due to his fast clear, immense healing and strong crowd control that can either pick or peel for his allies. He is pretty versatile, allowing him to take the place as an S tier jungler.

What role / lane should I play with Warwick in Wild Rift?

Warwick is made for Jungle. His excellent self heal and ability to clear jungle camps fast allow him to become one of the best junglers in the game. Aside from it, he can also be placed in the top lane as his chances of winning is significantly higher against melee champions.

What is the best runes and build for Warwick in Wild Rift?

In our Wild Rift Warwick build, we recommend using either Lethal Tempo or Grasp of the Undying. For the build set, he can go for an AD build with Divine Sunderer, Trinity Force, Sterak’s Gage, Death’s Dance and Guardian Angel. Or Sunfire Aegis, Dead Man’s Plate, Spirit Visage, Thornmail and Guardian Angel.

Warwick, the Uncaged Wrath of Zaun will be released on the 4th of November, 2022.