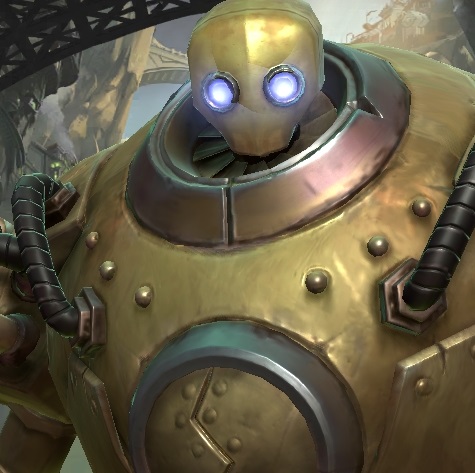 Best Blitzcrank Wild Rift build guide for Season 7 Patch 3.5 of WR. With our Blitzcrank guide you will learn which items to build, runes to select, skill order, who counters Blitzcrank, and how to use abilities properly.

Blitzcrank is a behemoth of burnished metal, steam, and crackling electricity. He is a proactive support who can have a high impact on all stages of the game. Blitzcrank is for the aggressive support player that loves to kill and roam in Wild Rift.

Here are Item Build Recommendations that works on this champion and which are the best build for Blitzcrank Wild Rift in this patch.

This is the standard item build for Blitzcrank which gives you and your team more survivability and utility.

This item build is for more aggressive Blitzcrank players which could work well if you already have a tank and if you feel that your team comp might lack magic damage.

Runes for Blitzcrank in Wild Rift

Ignite is an unusual summoner spell for a support but as you will play aggressively in the early game, you will be using this spell to secure kills. Make sure to cast it early on your combo as to counter the healing from the heal summoner spell by reducing it by 50%.

Flash can be used by Blitzcrank for creative Rocket Grab pickoffs and for escaping when you get too overzealous on chasing the enemy team.

Level up 1st, Rocket Grab first so you can interrupt your enemy’s jungler and even grab a level 1 kill. Get 3rd, Power Fist second to have a followup for Rocket Grab then get a point on 2nd, Overdrive.

Invest a point in Static Field whenever possible.

When Overdrive ends, Blitzcrank is slowed 30% for 1.5 second.

Empowers his next attack to critically strike for 105 physical damage (180% AD) and knock up the target. 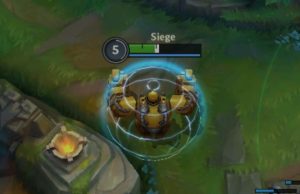 Blitzcrank’s passive grants him a shield when his HP drops below a certain % based on his current mana. This effect goes on a fairly long cooldown after activation.

Try to fight and tank more aggressively when your passive is available as it lasts for 10 seconds which lasts longer than most team fights. 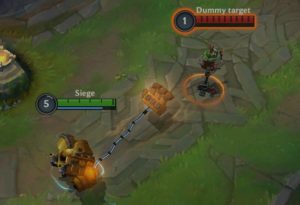 Blitzcrank fires his right hand to pull the first enemy hit towards him. The affected enemy will receive magic damage and be stunned for a short while.

You can interrupt the enemy’s jungler by pulling the monster they are trying to take down. This is usually done at the start of the game by running towards their red buff and immediately putting wards on their red buff. It’s always a nasty surprise that will surely tilt your enemy. Be careful though, as you increase your rank, you will find more enemies who will be anticipating this annoying move. 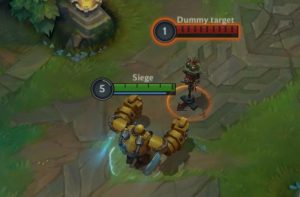 Overdrive makes Blitzcrank exceptional at roaming as it grants him movement speed and attack speed boost for a few seconds. After the effect subsides, he is slowed for a short while. 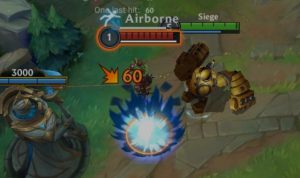 Power Fist enhances Blitzcrank’s next attack to deal critical damage and knock up the affected target. This ability is used to either initiate on the opponent or keep the opponent in place after being pulled using Rocket Grab.

Power Fist is also an auto-reset which means Blitzcrank can deal a fair amount of trade using an auto-attack – 3rd – auto-attack combo. 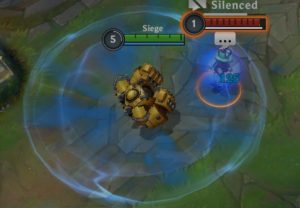 Blitzcrank’s ultimate is a short cooldown magic damage burst AoE silence. The casting is almost instant so use it to burst down enemies and prevent those who survive from escaping. This ability is amazing in both individual pickoffs and on team fights. It has a relatively short cooldown so use it at every opportunity available. In team fights, prioritize using it against your mobile opponents with blink or dash abilities.

When off cooldown, Static Field has a passive component that makes Blitzcrank’s attacks mark enemies. Those with a mark are electrocuted and dealt magic damage.

The jungler will usually pull the buff monster towards the brush near it so hook that spot if they suddenly disappear from the map while you are walking towards the buff.

Once you reach level 2, attempt a 1st, Rocket Grab and 3rd, Power Fist combo. A successful combo will shave of a good portion of your target’s HP and summoner spell. A second successful attempt will usually lead to a kill.

Do not spam your 1st, Rocket Grab as it will open up opportunities for the enemy to go aggressive on you. If the enemies are always staying behind their minions and playing it safe, you can surprise them by activating your 2nd, Overdrive then walking up to the enemy champion and using 3rd, Power First on them. Follow up the knock-up with your 1st, Rocket Grab to extend the control duration and damage the enemy.

If you are paired with an ADC with strong clear like Jhin or Xayah you can also opt to clear the minions fast then gank the enemy mid lane especially if your mid lane is having a hard time.

In the mid and late game, Blitzcrank can create plays for his team by picking off enemies one by one using his 1st, Rocket Grab + 3rd, Power Fist combo. Make sure that you have a teammate nearby before doing your combo.

Since you are more of an offensive support, you can opt to leave your ADC while they farm and join your most fed teammate.

If you find a lone enemy, do not hesitate to use your 2nd, Overdrive then do a 3rd, Power Fist + 1st, Rocket Grab combo as you do in the early game.

If the enemy team initiates, use your ultimate, Static Field as a counter initiation to mess up their combos. 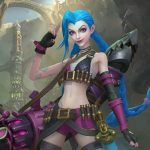 Jinx is a good lane partner with Blitzcrank because her Flame Chompers! in combination with your Rocket Grab is almost always a sure kill. A Zap from Jinx will slow down the enemy enough to land an easy Rocket Grab as well. Her Rocket Launcher also compensates Blitzcrank’s weak wave clear.

Jhin has amazingly fast clear, a good amount of burst damage and a good follow up crowd control. Jhin and Blitzcrank can easily pick off and kill an enemy hooked by his 1st, Rocket Grab.

Xayah has great waveclear thanks to her passive Clean Cuts which makes her auto attacks deal damage in a line. Blitzcrank’s crowd control allows Xayah to set up her feathers for 3rd, Bladecaller to deal more damage and root her target. 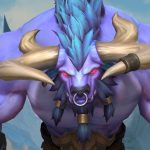 You don’t want Alistar as an enemy and as a lane counterpart because he can easily eat your abilities and would even love to be hooked. He is so large in size that he could easily protect his teammates from being hooked. And his ultimate makes him outclass you as a tank easily.

Braum is another tank champion who outclasses Blitzcrank in terms of tankiness and renders his hook useless. If Braum is hooked, he can simply disengage using his W, Stand Behind Me. And he can protect his ally using the same ability plus his E, Unbreakable which allows him to tank all incoming projectiles.

Here are some pros and cons if you are playing with Blitzcrank in Wild Rift.

FAQ's About Blitzcrank in Wild Rift

How good is Blitzcrank in Wild Rift?

Blitzcrank is currently a (Tier B) champion. He is countered easily but he can also serve as a hard counter to poke-type compositions when he is paired with a champi0n with strong all-ins.

What role / lane should I play with Blitzcrank in Wild Rift?

Blitzcrank is played in the Dragon lane as a support champion. He is great at pick offs and roaming to help mid and jungler.

What abilities do I level up with Blitzcrank?

His 1st, Rocket Grab is acquired first because it can pull the enemy jungler’s buff monster and it has good kill pressure. Next 3rd, Power Fist is leveled up as a follow-up to his first ability then 2nd, Overdrive is maxed first to increase his map presence.

What items should I build with Blitzcrank?

Upgrading the boots is top priority for Blitzcrank to increase his roaming capability then Dead Man’s Plate is acquired afterwards for the added HP and movement speed and damage bonus. Blitzcrank should be built tank support items afterwards.

What Runes should I use when playing as Blitzcrank?

Aftershock makes immobilizing enemy champions grants you extra defense and a burst of damage around you which scales with your armor. You have two crowd control effects so activating this rune consistently is no problem for you. His other runes are Weakness, Spirit Walker, and Packhunter.

Any tips so I can aim my Rocket Grab better?

Do not cast your 1st, Rocket Grab until you are sure that it will hit the enemy. Cast from inside brushes or use 3rd, Power Fist first.

Blitz is supposed to rely heavily on his hook to make plays, but at this point, he can just run at you even without landing a hook and still solokill your squishies.