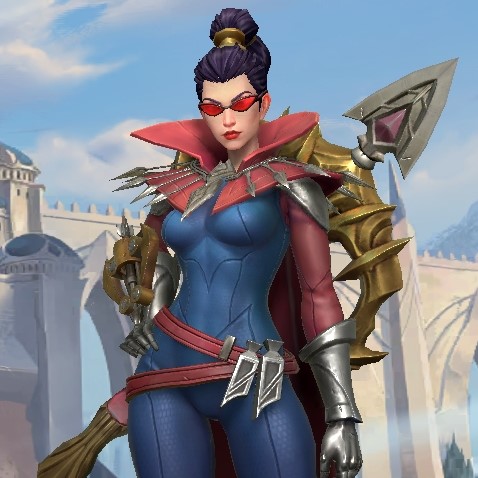 Best Vayne Wild Rift build guide for Season 7 Patch 4.0 of WR. With our Vayne guide you will learn which items to build, runes to select, skill order, who counters Vayne, and how to use abilities properly.

Shauna Vayne is a deadly, remorseless Demacian monster hunter armed with a wrist-mounted crossbow and a heart full of vengeance. She is a mobile AD Carry that can hunt down even the toughest champions.

Here are Item Build Recommendations that works on this champion and which are the best build for Vayne Wild Rift in this patch.

Runes for Vayne in Wild Rift

Barrier makes for a great outplay spell because when you are low in health, the enemy might go all in on you only to find out that you have a shield when its too late and you go on to kill your predator who will become the prey instead.

Max your 1st, Tumble as it has bonus attack damage and you can use it to auto-reset your attack to assist on last hitting. It is also useful for escaping. A

Max your 2nd, Silver Bolts next as it is your main source of damage. We’ll max 3rd, Condemn last because it is used for its utility and not its damage. Of course, invest a point in Final Hour whenever possible.

Dashes forward and empowers her next attack to deal an additional 24 physical damage (42% AD).

Tumble does not go through walls.

Passive: Every third consecutive attack or ability on the same target deals additional true damage equal to 3% of the enemy’s maximum Health.

Active: Gains 40% Attack Speed for the next 3 attacks within 5 seconds and heals for 60% of the damage Silver Bolts dealt.

Passive deals at least 50 true damage.
Passive damage is capped at 200 against monsters.

When an enemy champion damaged by Vayne dies within 3 seconds, Final Hour’s duration is extended by 4 seconds, up to an additional 8 seconds. 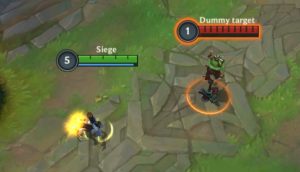 Tumble as its name suggests, makes Vayne Tumble a short distance. It also increases the damage of her next auto attack.

Tumble is also an auto-attack reset that you can use to attack twice in quick succession. Tumbling towards a wall when you are already beside it will hasten the animation which will make the auto-attack reset even faster.

Tumble will grant you invisibility when your ultimate, Final Hour, is active. Confuse your enemies by tumbling towards a direction then walking in another direction before revealing yourself. (Example: Tumble to the left then walk back to your right before attacking again.) 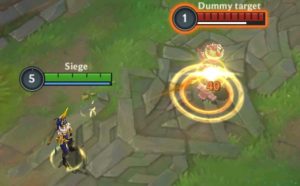 Silver Bolts is your DPS steroid skill. Every third consecutive attack will deal true damage based on the % max HP of your target.

Activating Silver Bolts will further increase your DPS with its attack speed bonus. Furthermore, you will heal for 60% of the true damage you will deal through Silver Bolts. 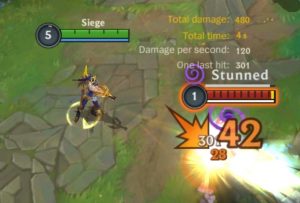 Condemn is a knockback skill that stuns when you pin your target into a wall.

The knockback deals a fair amount of damage but it deals way more damage when you pin your target into a wall.

Condemn is a high-risk ability because if you fail to pin your enemy into a wall, you might help them escape. So it is recommended to keep yourself from casting the skill until the moment you are sure to execute Condemn perfectly. 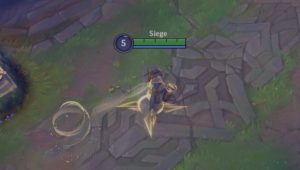 Final Hour increases your damage output and mobility, making you a dire threat to your enemies.

Remember to abuse the invisibility on your 1st, Tumble by making the enemy guess where you are by reposition yourself every 1st, Tumble.

Every takedown you make under Final Hour extends its duration up to a cap that increases as you level up your ultimate.

Vayne is a hypercarry champion and a thing common to hypercarries is that they are exceptionally weak in the early game as they need items to function properly.

Secure your farm through your 1st, Tumble auto attack resets and also use it to dodge enemy skill shots.

If your ally has crowd control, you have a fair chance of killing an enemy early if you chain crowd controls through your 3rd, Condemn.

You can be extremely strong all game if you bag a kill in the early game but Vayne is a high risk, high reward champion in this regard because if she is killed in the early game, her item timings will be set back a lot because she is a very slow farmer without her items. So it is way better to play it safe and avoid death than to force plays which can result in your death.

Once you gain enough items, Vayne can carry her game all on her own. Wait for the initial flurry of abilities from your enemies. Once they used their dangerous abilities, activate your ultimate, Final Hour and rain your damage on them.

Do not forget to switch positions every time you use your 1st, Tumble during your ultimate to confuse your enemies. There aren’t a lot of counters to invisibility in this game yet so make full use of it.

3rd, Condemn has a fairly long cooldown so save it to kill a high-priority target such as the enemy’s ADC. However, do not hesitate to use it to save yourself if the enemy’s assassin or other high damage dealer managed to get close to you.

Remember to activate your 2nd, Silver Bolts to increase your attack speed. 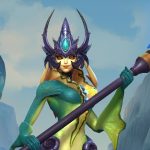 Nami is the perfect duo companion in the dragon lane for Vayne. Nami can harass the opponent and grant sustain for Vayne in the early game. And when the late game comes, the movement speed bonus and crowd control in team fights that Nami can provide are all factors that will help Vayne carry the game to victory.

Lulu is an amazing baby sitter enchanter who can enable you to carry games thanks to her attack speed and movement speed buff, shields, and HP increase.

Braum is a great defensive support option as well. He can bring the lane to a standstill in the early game thanks to his defensive abilities and in the late game, pick offs will be a breeze thanks to his passive which stuns the enemy once his mark is activated. 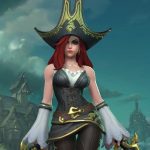 Miss Fortune outclasses Vayne in the early game and in the mid game. She can harass and poke Vayne in the early game which will make Vayne’s game hard and make her miss her item timings. She also becomes stronger and can contribute to her team faster than Vayne. All Vayne and her team can do is survive the game before the late game where Vayne can turn the game around.

Jhin will force you to farm under your tower all early game. And if you are caught by their crowd control, you will disappear fast so you should play it safe until the mid game where you’ll start to have a chance against him but only if you had no deaths in the early game.

Here are some pros and cons if you are playing with Vayne in Wild Rift.

FAQ's About Vayne in Wild Rift

How good is Vayne in Wild Rift?

Vayne is a (Tier S+) champion. She is currently easily bullied out of the lane and killed early but a good player who can come out on top in the early game or at least play it safe until mid game can carry games with her.

What role / lane should I play with Vayne in Wild Rift?

Vayne is an AD hyper carry played in the Dragon lane. She has a weak early game but once she has her items, she can carry her team on her back.

What abilities do I level up with Vayne?

Use the first point on your 1st, Tumble as it has bonus attack damage and you can use it to auto reset your attack to assist on last hitting. It is also useful for escaping. After that, get a point of all your other skills.Max your 2nd, Silver Bolts first as it is your main source of damage. Max tumble second to increase its bonus attack damage and decrease its CD. We’ll max 3rd, Condemn last because it is used for its utility and not its damage.

What items should I build with Vayne?

Vayne’s core items are Blade of the Ruined King which increases her on-hit %HP based damage and Phantom Dancer which grants her the life line passive which solidifies her ADC duelist status.

What Runes should I use when playing as Vayne?

Fleet Footwork – Moving, attacking, and casting spells builds energy stacks. At full stacks, your next attack is imbued with bonus damage, heals and increases your movement speed. Moving, attacking, and casting spells are everything that Vayne does in combat so this rune is like made exactly for Vayne. Her other runes are Gathering Storm, Spirit Walker, and Sweet Tooth.

Any tips so I can aim Vayne's E, Condemn?

3rd, Condemn is a hit or miss ability that when used effectively can guarantee a kill and when missed, can help the enemy escape. Make sure that you pin your opponent to a wall and stun them using 1st, Tumble to angle yourself against your enemy and a wall.

Vayne in the Duo lane seems legit, but Vayne in the Solo lane is simply not fun to play against. We’re making her more vulnerable by reducing her movespeed. (2) Silver Bolts is also taking a large hit, since she seemed to be doing way too much true damage, which has little counterplay.