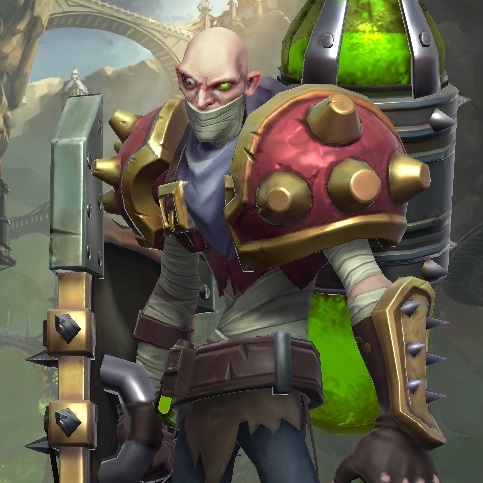 Best Singed Wild Rift build guide for Season 7 Patch 4.0 of WR. With our Singed guide you will learn which items to build, runes to select, skill order, who counters Singed, and how to use abilities properly.

Singed has lost all sense of humanity, leaving a toxic trail of misery and terror in his wake. He is a AP tank champion who has a unique kit that revolves around the poison trail he leaves in his wake. He is extremely tilting to go against and he can subtly carry the team through just that.

Here are Item Build Recommendations that works on this champion and which are the best build for Singed Wild Rift in this patch.

This is the standard build of Singed which is a balance between AP, utility, and survivability.

This item build is for a Singed who wants to focus on being a tank to support and peel for his team. This build works well when playing as a support in the Dragon lane.

Runes for Singed in Wild Rift

Ignite will allow you to punish those who underestimate your damage in the early game. It will be too late once they realize your potential.

Singed is one of the few, if not the only, champion who wants Ghost over Flash because he wants his enemies to chase him. It also has a lower cooldown so you can make plays more frequently compared to when using Flash.

1st, Poison Trail, is maxed first because it is your main source of damage. 3rd, Fling, is maxed next as it is also a good source of damage aside from being a crowd control ability. 2nd, Mega Adhesive, is maxed last as its level 1 provides enough utility. Add a point in your ultimate whenever possible.

Draft off of nearby champions, gaining 20% bonus Movement Speed for 2 seconds.

Each champion has a 10 second cooldown.

Tosses an adhesive that sticks to the ground for 3 seconds. Enemies in the area are slowed by 35% and grounded, preventing the use of movement abilities.

Flinging an enemy into the zone briefly roots them.

If the enemy lands in Mega Adhesive, they are rooted for 1.25 second(s). 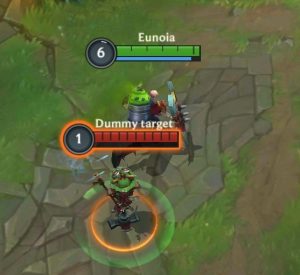 Singed gains bonus movement speed when passing a nearby champion, ally, and enemy. Each champion has a separate cooldown.

Singed’s passive allows him to have superior movement speed against almost all champions and in a full-blown fight, it is possible to consistently keep its effect up all throughout the clash.

One simple trick to remember is to keep yourself far from your teammates before a fight breaks out so the passive will be available for use on them once the fight breaks out. 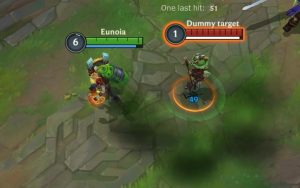 When this ability is activated, Singed leaves behind a literal Poison Trail over the area he walks through.

This is your main source of damage so you’ll want your enemies to follow you. A little psychological tactic works here. Spam your emotes, dance around their dead bodies, fake recalls, faking AFK.  (Author’s Note: I personally do not recommend being obnoxious in all chats. You can be annoying without being disrespectful and toxic.)

This ability applies item effects so

Poison Trail makes easy work of minions and along with his movement speed, he’s a good candidate for doing proxy.

Proxy is the act of meeting the enemy’s minion wave before it reaches the middle of the lane. Singed’s constant DPS and movement speed make this possible.

Your enemy match-up will have to decide whether to let you farm freely while he has a hard time last hitting under his turrets or to chase you and waste his minions to the turrets.

Be careful though because Wild Rift has a relatively small map so you’ll attract the enemy’s jungler once you do this. But you can waste his time by running into their turret and letting yourself be executed. Be careful not to get hit so that you won’t give them your bounty gold.

Ward the enemy’s jungle if your planning to do this and it is easier to do in the early game on the mirrored side of the map because most junglers will start their pathing in their red buff. 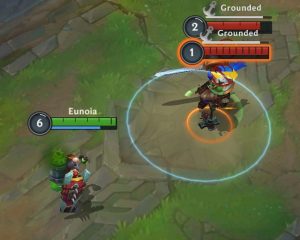 Mega Adhesive is an area of effect slow which prevents the casting of mobility abilities and Flash.

Mega Adhesive is usually cast first to slow down the enemy then if they move away, fling them back to the area to root them. This requires practice and good timing because Mega Adhesive only lasts for three seconds. 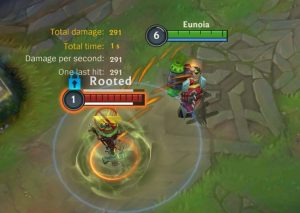 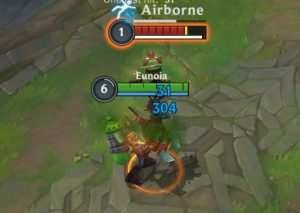 Fling is Singed’s single-target crowd control ability which knocks the enemy up and over to Singed’s back.

Fling’s main use is to root enemies by throwing them into your 2nd, Mega Adhesive.

You can sneak in an auto-attack while the enemy is airborne.

It is a good ability to punish overextending enemies who you can fling into your team.

Save your allies by flinging the enemy away from your fleeing teammate. 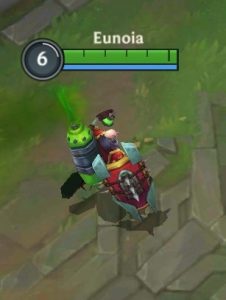 Insanity Potion is a buff that grants AP, dual resistance, movement speed, and HP and MP regeneration. It is basically an all-around steroid.

Use it right after the clash starts. It lasts for a fairly long time so it is better to use it early to reap its full benefits.

You can also bait the enemy by staying in the lane at low HP and then activating your ultimate to increase all your stats and surprise the enemy.

Singed is an irritating champion who snowballs not only through kills but also through psychological damage. He is to play against and the more you can tilt your opponents, the easier and the funnier your game will get.

In the early game, use your 1st, Poison Trail to damage your enemy champion and minions. Toggle it on and off so you can conserve your mana. Leaving it on for too long will leave you without mana fast and without mana, you are one useless champion.

Use your 1st, Poison Trail to zone out the enemy champion. Make sure that they will get damaged every time they attempt to kill minions and when there are cannon minions, use your 2nd, Mega Adhesive, and 3rd, Fling so you can deny them the large gold from the cannon minion.

When you are low, the more inexperienced players will chase you. Fling them into your turret for an easy kill.

As you begin to build a lead in the mid-game and late game. Start to proxy lanes so you can easily take down turrets and get the attention of your enemies. Proxying is meeting the enemy minions before they reach their outer turrets.

Do not engage in all-in, head-to-head fights. Instead, let them chase you and waste time on you. The more time the enemy wastes on you, the more space and opportunity you will provide to your allies.

In fights, 3rd, Fling and try to root enemies that deal high amounts of damage. You can also displace enemies with crucial crowd control. You can also fling 3rd, Fling enemies away from your teammates who are low on health.

Janna shields you and increases your movement speed and at the same time slows down your enemies. You’ll have generally an easier time wreaking havoc on the enemy team if you have a Janna as a teammate.

Ziggs will benefit from the space you create by distracting enemies and he can support you by damaging enemies and slowing them from afar. You can also protect him with your 3rd, Fling.

Darius greatly limits what you can do in the early game and you’ll lose drawn-out fights against him. Be patient and play smart so you can deny his snowball which is the only way to win against him.

Counter one cancer with another with Vayne. She is an oppressive Baron laner who can easily farm up against a Singed who does not have enough kill pressure to bully Vayne out of the lane. Her 2nd, Silver Bolts can easily shred Singed in the later parts of the game.

Here are some pros and cons if you are playing with Singed in Wild Rift.

FAQ's About Singed in Wild Rift

How good is Singed in Wild Rift?

Singed is a (Tier B) champion. He is not a great pick against most higher-tier champions so it’s hard to carry with him and he is more of a “macro” champion who relies on item timings, psychological warfare, and map awareness which is harder to understand for newer players. The smaller map also makes it harder to Singed to proxy lanes properly.

What role / lane should I play with Singed in Wild Rift?

Singed is usually played in the Baron lane as an unconventional split pusher. He can also be played as a flex pick in the Dragon lane as a support.

What abilities do I level up with Singed?

1st, Poison Trail, is maxed first because it is your main source of damage. 3rd, Fling, is maxed next as it is also a good source of damage aside from being a crowd control ability. 2nd, Mega Adhesive, is maxed last as its level 1 provides enough utility.

What items should I build with Singed?

Singed’s core items are Rod of Ages for the added all-around stat boost then Rylai’s Crystal Scepter to slow down enemies and Liandry’s Torment to deal more magic DPS.

What Runes should I use when playing as Singed?

Conqueror – Since Singed likes drawn out fights, Conqueror is a great item on him. When combined with the Madness passive of Liandry’s Torment, he will have a total of 20% bonus damage. Poison Trail does not proc Conqueror though so remember to squeeze in your auto attacks. His other runes are Brutal, Spirit Walker, and Sweet Tooth.