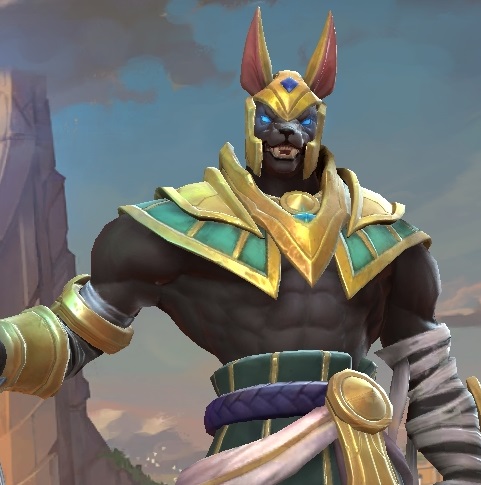 Best Nasus build guide for Season 3 Patch 2.4c In Wild Rift. With our Nasus guide you will learn which items to build, runes to select, skill order, and how to use Nasus abilities properly.

Nasus is an imposing, jackal-headed Ascended being from ancient Shurima, a heroic figure regarded as a demigod by the people of the desert. Nasus is a scaling monster that only gets stronger as the game goes by thanks to the unlimited stacking potential with his 1st, Siphoning Strike. He can easily run down carries and towers if left unchecked.

Fury of the Sands

Enhances himself to gain 300 Health, 25 Armor and Magic Resist for 15 seconds. Deals magic damage to nearby enemies equal to 3% (3 + 0.01% AP) of their Health during the duration.

Siphoning Strike’s cooldown is reduced by 50% during the duration.

Soul Eater grants Nasus a substantial amount of physical vamp. The passive works in conjunction with the high damage provided by his 1st, Siphoning Strike. This helps him sustain his weak early game and when he is stacked up, the strong damage from his 1st heals him for a large amount. 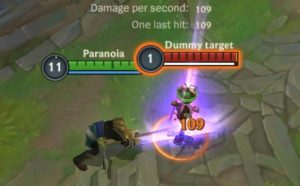 Siphoning Strike is Nasus’s signature skill. This ability is what gives Nasus his late game god-like potential where he can literally two shot opponents if he is left unchecked.

Nasus’s early game is really weak to compensate with his late game potential so you should focus on last hitting using Siphoning Strike first.

This ability is an auto-reset which increases his damage output and because of this it may be tempting to trade with the enemy using Siphoning Strike but it is an unwise decision for most cases because you will be forgoing a stack just to damage your opponent. The wisest option is to simply freeze your lane and unleash your wrath in the mid to late game. 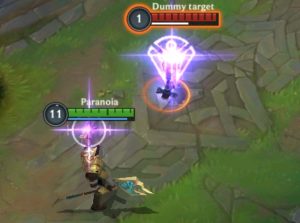 Wither is an underrated ability of Nasus. It slows down the attack speed and movement speed of the target enemy for a fairly long duration.

Call a gank when you are being oppressed into your tower because a simple Wither and a gank to an overextended opponent is an easy takedown.

In the late game, reserve your Wither for the enemy’s ADC so you can reduce their damage output and it is possible to kill them within the duration of Wither. This ability allows you to 1v1 any ADC in the late game and come out on top. 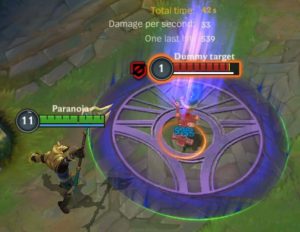 Spirit Fire deals AoE damage and reduces the armor of those affected by it.

This ability is your and your tower’s lifeline in the early game. Use Spirit Fire when you are being pushed into your tower so you can manage it faster. Also, use it to last hit the cannons if you are being zoned away from it.

In the mid and late game, use it to shove waves faster and use it in combination with 2nd, Wither, for duels to deal more damage with your 3rd, Siphoning Strike.

R | Ultimate: Fury of the Sands 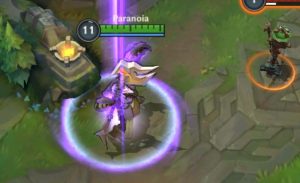 Fury of the Sands gives Nasus his god-like stature as it grants him increased health, armor, magic resist and it grants him an immolation effect that deals magic damage to nearby enemies based on their HP. It also reduces the cooldown of your Spirit Siphon by half. Not to mention, it literally increases his size which makes him a literally imposing being.

Use it while in the middle of the fight but don’t wait too late to use it. Use it while you have more than 70% health so you can make the most out of it. Best case scenario, you’ll stomp them out and worst case scenario is you’ll create space for your team to push or take objectives.

Here are Item Build Recommedations that works on Nasus

This is the standard build for Nasus which balances offense and defense for a god-like late game presence.

This alternative build for Nasus focuses on him being more a tanky frontliner for the team.

Ghost allows you to run down opponents. This summoner spell will be mostly used for offensive situations so you won’t get kited and you’ll be able to make full use of your ultimate.

Since Ghost will be used offensively, reserve your Flash for escaping.

Get a point of 1st, Siphoning Strike at level 1 so you can build your stack immediately. After getting a point in 2nd and 3rd, we will max 3rd, Spirit Fire first so you’ll have enough wave clear and harass against an oppressive lane. If you are somehow winning, maxing 1st first is recommended. We will max 2nd, Wither, last because 1 point is enough for the early and mid game and duels in early stages of the game should be avoided by Nasus. Get a point in Fury of the Sands whenever possible.

Nasus is a weak early game champion make sure to keep your distance and focus on last hitting with your 1st, Siphoning Strike. Avoid fights at all costs.

You don’t want to use your 1st, Siphoning Strike on the enemy laner because every cast of that ability used on the enemy is a missed stack. Situations, where you will win the lane, is rare anyway.

If you see the enemy jungler lurking near when you are already pushed in, use your 3rd, Spirit Fire in order to clear the wave faster to avoid being dove under your turret. You can also use 3rd, Spirit Fire to secure cannon minions if you are being zoned away from the wave. Otherwise, do not spam that ability too much because it eats a lot of mana.

Reserve your 2nd, Wither to slow down an overextended enemy when your jungler is near so the two of you will have a higher chance of succeeding in the gank.

Once you have your ultimate, try to bait in the enemy and immediately activate it once they’re near enough. Do not hesitate and cast it at the start of the fight. If the enemy backs away, clear the wave fast and recall to get your items.

In the later stages of the game, Nasus becomes a truck.

Try to split push whenever you have your ultimate and teleport available. If those are on cooldown, stay close to carries or farm near your team.

Remember to use your 2nd, Wither and 3rd, Spirit Fire on the enemy carries so they’ll be easier to kill.

Try to tank some hits for your team and focus on turrets as your 1st, Spirit Fire takes them down fast.

Do not overextend trying to chase your enemies. Think of yourself as the bouncer for your team.

Lee Sin provides great early game map pressure which allows Nasus to farm freely and unnoticed. When the late game comes, Lee Sin will be able to pick off anyone who escapes Nasus and at the same time, Nasus can provide chaos where Lee Sin can make plays easier.

Lulu can make Nasus extremely large and hard to kill if she uses her ultimate, Wild Growth on her. Her other abilities also aid Nasus in lots of ways. The two of them together feel like a boss fight on hard mode.

Camille is an oppressive top laner and at the same time she has high mobility and has a slow and stun which can make Nasus’s life hard all game long.

Teemo will make your life hell all game long. He can easily harass you in lane and he’ll mess up your stacks with his blind. Do not give him kills as it will only make the game harder for you.

Just let Darius farm if you are fighting against him. If you do not let him snowball then maybe you’ll have a chance later but if you let him get a kill or two on you, it will be hard for your team to shut him down later.

Here are some pros and cons if you are playing with Nasus in Wild Rift.

How good is Nasus in Wild Rift?

Nasus is currently a (Tier B) champion. He’s reliable enough but he will mostly be bullied and be a liability in the early stages of the game. But if he can survive that without feeding, he’ll come back hard.

What role / lane should I play with Nasus in Wild Rift?

Nasus should always be played in the Baron lane so he can focus on stacking in the early game.

What abilities do I level up with Nasus?

Nasus generally wants to max his 1st, Siphoning Strike first but he loses a lot of lanes so maxing 3rd, Spirit Fire can help him avoid being tower dove. Nonetheless, in all situations, we will max 2nd, Wither last.

What items should I build with Nasus?

Nasus wants to build Trinity Force or Iceborn Gauntlets as his first item to maximize the damage output from his 1st, Siphoning Strike. After that, building him Deadman’s Plate or Spirit Visage works best.

What Runes should I use when playing as Nasus?

Nasus’s Keystone Rune is Grasp of the Undying which grants bonus HP, damage, and healing or Fleet Footwork which grants healing and movement speed bonus. His other runes are Gathering Storm, Hunter – Titan, and Sweet Tooth.

Any tips to get as many stacks of Siphoning Strike as possible?

Avoid fights as much as possible in the early game. Absolutely use your 1st, Siphoning Strike ONLY FOR LAST HITTING.

Having Difficulty in pushing Rank?

We would love to coach you! Our Master rank player and Editor-In-Chief of Wild Rift, Siege Roberts will personally coach you. Book a session with him now
To learn More Click Here.