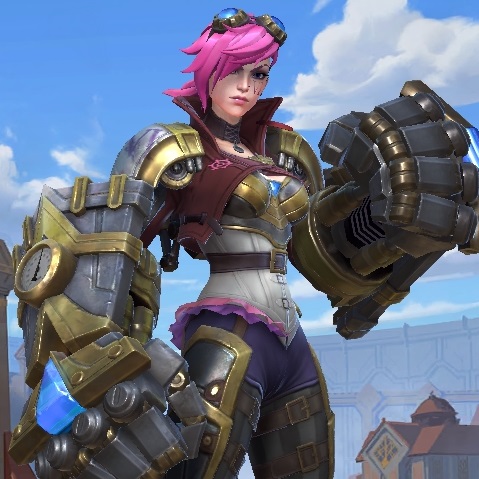 Best Vi Wild Rift build guide for Season 7 Patch 3.5 of WR. With our Vi guide you will learn which items to build, runes to select, skill order, who counters Vi, and how to use abilities properly.

Working with the Wardens of Piltover to keep the peace, Vi wields mighty hextech gauntlets that can punch through walls and suspects with equal ease. Vi is a mobile jungler who can be played as an assassin or bruiser. She has amazing diving and killing potential thanks to her kit.

Here are Item Build Recommendations that works on this champion and which are the best build for Vi Wild Rift in this patch.

The standard build for Vi is a bruiser-type build which is balances her damage output and survivability. This allows her to dive backlines and peel (protect) for her carries while safely soaking some damage for her team.

This is the Assassin Vi build which increases her damage output in exchange for less defense. This build allows her to win almost 1v1 duels in all stages of the game but be weaker in team fights.

Runes for Vi in Wild Rift

Smite is a required summoner spell for junglers. This allows them to farm the jungle camps safely and secure the buffs and Epic Monsters. Upgrade to Blue Smite to secure ganks unless fighting with a strong duelist jungler like Master Yi or Olaf or Xin Zhao where upgrading to a Red Smite might be the better choice.

Flash grants the flexibility and options to be more aggressive or successfully escape a dangerous situation.

Maxing 1st, Vault Breaker, is prioritized because it has the highest damage possible. 3rd, Excessive Force, is maxed next then 2nd, Blast Shield is maxed last because it doesn’t provide any offensive utility outside of its movement speed bonus which it provides adequately at its level 1. Get a point in your ultimate, Assault and Battery, whenever possible.

Hold: Charges up a powerful punch, slowing Movement Speed by 15% while increasing the punch’s damage and dash distance.

Cast: Dashes forward dealing 55 to 110 physical damage (55 + 80% bonus AD to 110 + 160% bonus AD) and applying Denting Blows to all enemies hit. Colliding with an enemy champion stops the punch and knocks them back.

Deals 75% damage to minions and monsters.

Passive: Hitting an enemy with an attack or ability grants a stack of Blast Shield, up to 5 stacks.

Active: Generates a shield that absorbs 60 damage for 3 seconds. Each stack consumed adds 10 (1% max HP) to the shield. At max stacks also grants a burst of 47% Movement Speed.

Vi stores a new charge every 14 seconds and can hold 2 charges at once.

Vi Reveals her target and cannot be stopped while chasing it down. Enemies in the way are knocked aside and take 75% of the damage.

Denting Blows makes Vi an excellent assassin and bruiser which is capable of killing anyone from squishy carries to high HP tanks. Her passive makes her third attack on an enemy deal max HP% damage and reduce the armor of the enemy and increase Vi’s attack speed at the same time. 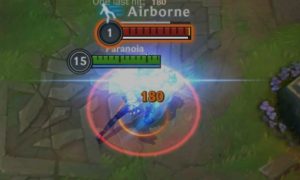 Vault Breaker is a charged dash that damages and knocks back the first enemy champion hit. The longer she charges this ability, the further her dash will be and the stronger it will hit. Although, Vi is slowed while charging Vault Breaker.

Cast Vault Breaker while in the bush to surprise enemies when ganking them.

Vault Breaker can be used to cross walls and you should use this ability to traverse the jungle quickly and optimize your clearing pattern. 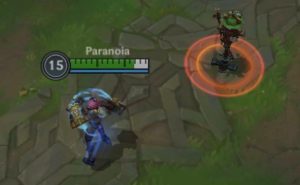 You will mainly use Blast Shield for the speed buff to finish enemies who are running away which is particularly useful when diving towers when enemies are low in HP. 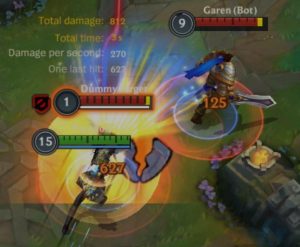 You can hit enemies behind tanks or towers using this ability. 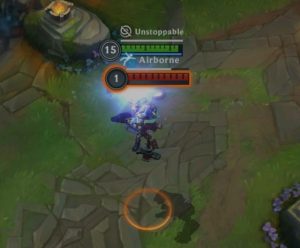 Vi charges to the target enemy and knocks them up and deal damage to them. Vi is unstoppable (immune to crowd control) while casting this ability.

Vi knocks away enemies on the way to her target and damages them. This is a good ability to mess up the enemy’s formation and head straight to their carries.

Be careful when using the ability immediately though because if your target has a mobility spell or Flash, they can bring you underneath their tower and far away from your team and you won’t have a way to cancel your ultimate.

If the enemy has mobility skills or if you suspect that they have their Flash available, it is better to use Vault Breaker to initiate so you can decide to follow enemies after they Flash out on you.

Also, be mindful of enemy champions who build the Stasis Enchant against you because it can cancel Assault and Battery and put it into cooldown without being useful for you.

Long Range Initiation: 1st + Flash (you have to press Flash after releasing 1st extremely fast or it won’t hit.

Vi can go against most early game junglers and she can gank most lanes because she has good damage output and crowd control in her 1st, Vault Breaker.

Keep an eye on the map and countergank and protect your allies if the gank happens near you. If not, proceed to go to the enemy’s jungle and counter jungle or better yet, gank the lane in the opposite of the map if it is possible.

Vi is a great ganker but if you fail too many ganks, you will fall behind really fast into the mid-game and late-game so remember to farm in between camps.

Vi’s ability to assassinate cores and dive under turret drops significantly the longer the game goes on. Because of this, it is better to hold on to your abilities and stay close to your carries until a situation where it is safe to fight arises.

You turn into a great peeler who can punish those who will dive your ADC if the enemy foolishly attempts it.

You should begin to play aggressively only once your team gains the upper hand and the enemies have used their abilities. You have great clean-up potential thanks to your mobility in this situation.

Lux can help in Vi’s ganks where ever she may be and land her ultimate, Final Spark, consistently thanks to Vi’s crowd controls. Plus, Lux’s Prismatic Shield can support Vi even from afar.

Ziggs benefits from the space you create when you gank frequently in the early game and he can help you secure your takedowns from half a map away using his ultimate, Mega Inferno Bomb.

Half of Vi’s fighting strength is her reliance on her crowd controls and Olaf simply takes it away using his ultimate, Ragnarok, which makes him unstoppable.

You have to play it smart on team fights if you are against Gragas because if you attempt a dive, his ultimate, Explosive Cask, will separate you from your teammates.

Here are some pros and cons if you are playing with Vi in Wild Rift.

FAQ's About Vi in Wild Rift

How good is Vi in Wild Rift?

Vi is an (Tier S) champion. She is one of the most reliable ganking junglers with a very simple kit and a healthy jungle clear that can compete with most junglers.

What role / lane should I play with Vi in Wild Rift?

Vi is primarily played as a jungler. She clears the jungle fast and can gank lanes effectively thanks to her mobility, burst damage, and crowd controls.

What abilities do I level up with Vi?

Maxing 1st, Vault Breaker, is prioritized because it has the highest damage possible. 3rd, Excessive Force, is maxed next then 2nd, Blast Shield is maxed last because it doesn’t provide any offensive utility outside of its movement speed bonus which it provides adequately at its level 1.

What items should I build with Vi?

Vi’s core item is Trinity Force which grants good all-around stats from the attack damage bonus, the Spellblade passive which grants bonus damage to your attacks after casting a spell, movement speed, ability health, and HP. You can build Youmuu’s Ghostblade before Trinity Force to capitalize in a good early game and you should build Sterak’s Gage or Guardian Angel afterwards to make you harder to kill.

What Runes should I use when playing as Vi?

Conqueror – This the rune for the Bruiser Vi because the more she fights, the stronger her damage will be. The Assassin Vi will be using Electrocute for the additional burst damage to quickly take down her targets. Her other runes are Brutal, Hunter – Titan, and Mastermind or Pathfinder.