Best Lilia Wild Rift build guide for Season 7 Patch 4.0 of WR. With our Lilia guide you will learn which items to build, runes to select, skill order, who counters Lilia, and how to use abilities properly.

Here are Item Build Recommendations that works on this champion and which are the best build for Lilia Wild Rift in this patch.

This Lilia Wild Rift Build is her standard one; scaling items. With a mix of ability power, magic penetration, omnivamp, true damage and health, you can never go wrong with this build as it blends with her kit. On top of it, it further improves your viability against tanks and you get more movement speed from Cosmic drive.

For the second Lilia Wild Rift Build, you may opt to add in Rod of Ages and Rylia’s Crystal Scepter. Both of these are good if you’re aiming for a scaling Lilia. Apart from it, you get extra health improving your survivability in clashes and slow that your team can take advantage of. Banshee’s veil is also recommend to avoid her from dying from hostile crowd control abilities before she can even release her skills.

Runes for Lilia in Wild Rift

For Lilia Wild Rift, you can pick between Conqueror and Phase Rush. Conqueror is great and pretty versatile especially in times when there are no bruisers or tanks in your team, as it grants bonus omnivamp for enhanced sustain. With her skill chain, stacking it up has never been easier. Another option you can take is Phase Rush, After using three attacks on an enemy, you gain bonus movement speed and ability haste which then allows you to move around your foes and across the map pretty quickly, and use your skills more often. Alternatively, you can also use Electrocute if you’re going for a burst type Lilia.

For our Lilia Wild Rift Build Guide, here are Lilia’s best champion spells that you can equip on her.

Flash has always been a must-have for years already. Although Lilia has her own means of mobility, with a dash and high movement speed, there are some instances that she may need a bit of help from Flash; escaping out of clash, chasing targets, securing objectives.

Lilia excels best as a Jungler. She has the movement speed to roam across the map, skill with AOE and global skill. Having that said, using Smite is her best pick.

Lilia’s bread and butter is her Blooming Blows. It is her main source of damage, and a good one for skirmishes. So in our Lilia Wild Rift guide, we recommended upgrading Blooming Blows first, and Watch out! Eep! is recommended to lower its cooldown and increase damage. Follow it then by upgrading Swirlseed. On the other hand, enhance her ultimate, Lilting Lullaby as soon as it is available at level 5, 9 and 13.

Hitting a champion or monster with a skill will deal additional max Health damage over time.

Passively, Lillia gains stacking Move Speed when hitting enemies with spells. She can activate this to deal magic damage to nearby enemies, dealing extra true damage on the edge

Lillia deals damage in a nearby area, dealing heavy damage in the center.

Lillia hurls a seed that damages and slows those it lands on. If it doesn’t hit anything, it will continue rolling until it hits a wall or target.

Lillia causes all enemies with Dream Dust on them to become Drowsy before falling asleep. Those enemies will take extra damage on being forcibly woken up.

All Lilia’s skills apply dealing max health damage over time. Hitting abilities will increase her movement speed, and this will even stack up as you hit more. Using more abilities, means you’ll have more movement speed. 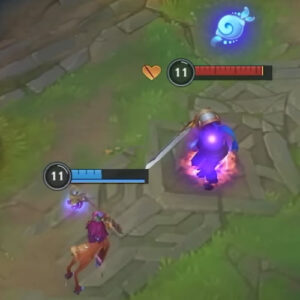 Lilia swings her weapon called as Censer around her dealing magic damage. Those who are hit within the outer area receives additional damage of the same amount as true damage. Hence it is her best skill against tanks. 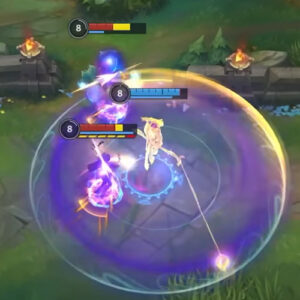 Lilia dashes to a target direction and deals magic damage upon impact. Lilia however cannot dash through a terrain or obstacle using this. 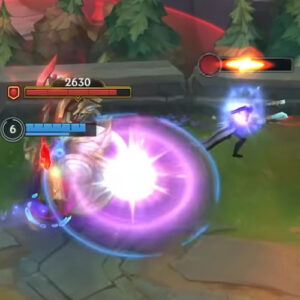 Lilia tosses a seed towards the target direction which then rolls forward without limit. Swirlseed however, will stop from rolling it if it hits a terrain, or an enemy. Having that said, this cannot go through obstacles. With the right positioning and aiming, you might be able to hit an enemy from base to base. 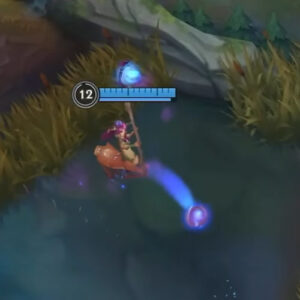 When Lilting Lullaby is used, enemies hit that are inflicted with Dream Dust will become drowsy and be put to sleep for a duration. They will however wake up upon taking damage from you and your allies. 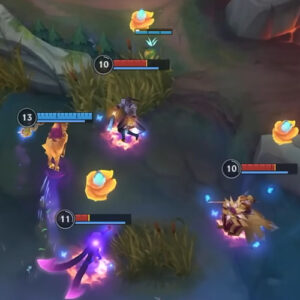 In the jungle, Lilia can start off with the Blue Sentinel as she heavily rely on mana.

In terms of strength, Lilia’s early game is pretty weak. Having that said, avoid initiating or attempting a 1v1 fight against the enemy, as she will most likely lose. Instead, for our Lilia Wild Rift Guide, it is suggested to farm until you reach level 5, but remain to stay aware of your surroundings and look for gank/counter-gank opportunities.

In teamfights, Lilia’s kit is one of the best, without a doubt. With proper execution, she can potentially put all of her opponents to sleep with Lilting Lullaby, which will allow you to win clashes. In the late game, continue securing objectives and stick with your team.

Ideally you’ll want to pair her with someone who can follow up to her ultimate, or anyone who can place crowd controls before or after her ultimate. For our Lilia Wild Rift Guide, we highly recommend using Lilia with the following champions as they synergize well with her.

Yuumi is your best pick with Lilia. Aside from shields and heals, Yuumi also provides movement speed, making Lilia a bit more slippery, making it hard for the opponents to take her down. On top of it, Yuumi’s ultimate can be used to set things up for Lilia’s ultimate, completely locking down her opponents.

Aatrox is known for his terrifying AOE skills, and the insane amount of damage he can inflict on his foes. He does best at obliterating opponents with his chains of abilities. He is exactly what we’re looking for, for the Bashful Bloom. After using Lilia’s ultimate, Aatrox can immediately chime in with a dash and start stomping on his targets, making it an easy win for the team.

In this section, we’ll specifically show champions that can easily counter Lilia in Wild Rift. These includes champions that are a threat to her in the early game, or those who are great at 1v1.

Winning 1v1 especially in the early game is less likely to happen if you stumble upon Olaf. If you see him, do not try to fight alone with him as he is stronger pre-level 5 compared to Lilia. To make things worse, even if you have your ultimate, Olaf can immediately get rid of it with his ultimate, Ragnarok.

Fiora is one of her biggest counters especially if you play Lilia in the top lane. Fiora can counter most of the champions in LoL: Wild Rift, and she’s one of the best duelists in the game. And beating enemies is much easier against Lilia. Even with Lilia’s mobility, Fiora can still catch up to her. Aside from it, she has her parry at her disposal in case Lilia tries to use her ultimate on her.

Here are some pros and cons if you are playing with Lilia in Wild Rift.

FAQ's About Lilia in Wild Rift

How good is Lilia in Wild Rift?

Lilia is currently at a decent spot of S tier due to her movement speed, putting her enemies’ minds in shambles as they try to catch her, great roaming, excellent clear speed and cc.

What role / lane should I play with Lilia in Wild Rift?

Lilia Wild Rift is made as a Jungler due to her annoyingly great movement speed and outstanding jungle clear. However, she can also be placed in the Baron lane especially when she’s against melee champions. This is thanks to her true damage from Blooming Blows and her whole kit which is meant to annoy anyone who dares to stand on her way.

What is the best runes and build for Lilia in Wild Rift?

For our Lilia Wild Rift build guide, we highly recommend the use of either Conqueror, Phase Rush, or Electrocute depending on the matchup, the needs of your team and your playstyle. For the build, scaling items such as Riftmaker, Liandry’s Torment, Cosmic Drive, Rabadon’s Death Cap, and Infinity Orb. Alternatively, you can add Banshee’s Veil, Rylia’s Crystal Scepter, and Rod of Ages.