Best Kayn Wild Rift build guide for Season 7 Patch 3.5 of WR. With our Kayn guide you will learn which items to build, runes to select, skill order, who counters Kayn, and how to use abilities properly.

Here are Item Build Recommendations that works on this champion and which are the best build for Kayn Wild Rift in this patch.

In this Wild Rift Kayn Guide, we’ll simply focus first on the Red or Darkin Kayn build. For this, we need items like the ones mentioned as it grants damage, health and armor, which are stats that usual and typical bruisers need. Divine Sunderer also works well against tanks due to armor penetration. Similarly, Guardian Angel can come in handy as it will bring you back into the rift after dying. Stoneplate Enchant also grants another means of protection.

For the second Wild Rift Kayn build, we highly recommend the use of lethality and attack damage items. Youmuu’s Ghostblades allow you to temporarily move quickly as soon as the passive activates, which is a lot helpful in roaming. Edge of night’s passive allows you to block incoming hostile crowd controls which can otherwise cause you your death. Serylda’s Grudge on the other hand is beneficial for the slow after inflicting damage.

The only downside to this build is that, you’ll be more squishy than the Red Kayn which means you’ll have to be aware of your positioning and health bar.

Runes for Kayn in Wild Rift

These are the recommended Rune or Keystones for both Kayn forms in our Wild Rift Kayn Guide. Darkin Kayn as a bruiser benefits from Conqueror‘s effect as it grants adaptive damage and will help him survive duels and skirmishes using the omnivamp. Likewise, he has the ability to stack it up quickly using his chains of attacks. For Shadow Assassin Kayn however, it is optimal to use Electrocute on him to help him burst down his targets.

In our Wild Rift Kayn Guide, here are Kayn’s best champion spells that you can equip on him.

Kayn is a mobile champion, thanks to Shadow Step. However, this is not enough and a Flash would always come in handy in several situations. It can be used as a means of escape or to chase someone.

Kayn’s kit mostly favors the jungle role rather than any other role as it allows him to quickly roam around the map through terrains and provide great ganks. That said, it is imperative for him to take Smite.

For our Wild Rift Kayn Guide, we suggest upgrading Reaping Slash (Q) and Blade’s Reach (W) first before Shadow Step (E) as these two are his main source of damage and crowd control. His ultimate, Umbral Trespass however should be leveled up as soon as it is available at level 5, 9 and 13.

Shadow Assassin: After Kayn has not been in champion combat for 6 seconds, his attacks and abilities deal an additional 12% magic damage to enemy champions for 3 seconds.

Dashes and deals physical damage, then spins his scythe to deal the same damage.

Darkin Slayer: Deals 45 damage plus 5% of the target’s maximum health as physical damage instead.

Deals an additional 35 physical damage to minions and monsters.

Swipes the scythe upward, dealing 90 physical damage and slowing enemies hit by 90% of decaying over 1.5 seconds.

Shadow Assasssin: Kayn can move while using this ability and increases its range.

Gains 35% movement speed and move through terrain for 5 seconds. Kayn restores 100 health upon entering terrain for the first time.

Being immobilized or spending more than 1.2 consecutive seconds outside of terrain or in combat with enemy champions ends this ability early.

Shadow Assassin: Gain 65% movement speed instead and become immune to slows. The cooldown is reduced to 9 seconds.

Infests an enemy champion for 2.5 seconds, becoming untargetable. When the infestation ends, the target is dealt 150 physical damage.

Kayn has the ability to choose between the Darkin: Rhaast or the Shadow Assassin. Prior to it, a second bar right below your HP bar will appear. Upon attacking champions, Kayn gains a charge depending on which type of champion he’s attacking. Attacking ranged champions charge Shadow assassin while melee increases the Darkin side. Once fully charged, you can now gain its bonus by choosing it while on the fountain. During this time, Kayn is invincible and untargetable. If stunned or unable to cast abilities, Kayn will not be able to switch. This choice is permanent, and can’t be changed throughout the entire game.

In his darkin form, Kayn will heal for each time he damages a champion. On the other hand, on his Shadow Assassin will deal more burst damage especially against squishy champions.

Kayn dashes in the target direction dealing physical damage to enemies caught in it. He will then swing his scythe, dealing the same damage to targets. If he is in his darkin form, Kayn’s damage is increased depending on the target’s max health. 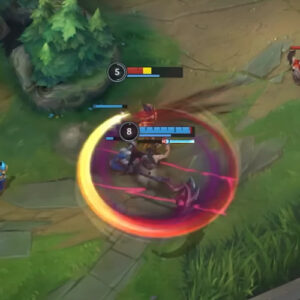 Kayn swings his scythe in the target direction which then deals physical damage and slows down the targets. 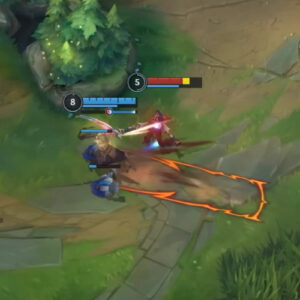 During his assassin form, Blade Reach’s range is extended by 200 units. Meanwhile, on Darkin form, Blade’s Reach knocks up the target.

Kayn gains the ability to walk through walls. At the same time, he gains movement speed and is ghosted. If he has been in combat within 3 seconds, Shadow Step will only last for 1.5 seconds. While entering terrain, Kayn also heals himself. 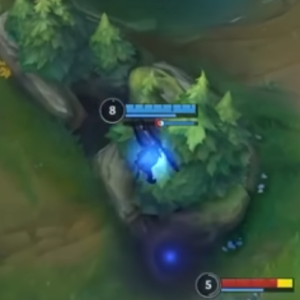 Damaging targets or receiving damage reduces the duration of Shadow step down to 1.5s.

If he has the Shadow Assassin Bonus, the cooldown is reduced for all ranks.

During his ultimate, Kayn disappears and dashes to a marked champion. Upon doing so, Kayn will attach to its target and reveal them for 2.5 seconds. Recasting it allows him to deal physical damage to the target and dashes out from their body in the target direction. 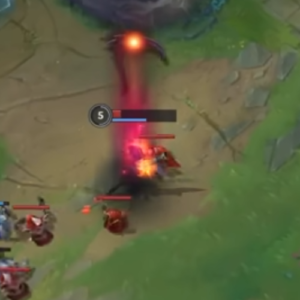 Darkin Bonus: With Darkin Bonus, Umbral Trespass will deal damage equal to a percentage of their max health and heals him simultaneously.

In our Wild Rift Kayn Guide, we believe that Kayn excels in the early game due to his great ability to roam around the map in a fast manner by using Shadow Step. This provides him the capability to gank faster and more often. Also, attacking enemies enables him to gain charges on his passive faster and this will allow him to transform as soon as possible. As Kayn, gaining the Darkin bonus or the Shadow Assassin bonus should be one of your priorities, along with map control and objectives.

In the late game, continue to focus on obtaining objectives. Stick with your team and only try to pick targets if you are ahead or if they are in a bad position. Kayn, after all is good at assassinating important targets such as the carry. Likewise, if you’re using Darkin Kayn, you can also peel for your carries using the knockup.

For our Wild Rift Kayn Guide, we highly recommend using Kayn with the following champions as they synergize well with him.

Yuumi works well for both Darkin and Shadow Assassin forms as she can make up for Kayn’s weaknesses. Yuumi provides movement speed boost allowing him to roam or position himself way faster. Also, the magical cat provides sustenance to make sure Kayn’s alive as he engages with an opponent.

Yasuo is one of the best synergies for Rhaast or Darkin. As we know, Rhaast Kayn’s Blade’s Reach is enhanced allowing him to knock up its targets. From this, Yasuo can activate his ultimate and use it against the airborne opponent, thanks to Blade’s Reach. Overall, Rhaast can serve as a great opener for him.

In this section, we’ll specifically show jungle champions that can easily destroy Kayn in Wild Rift.

Graves becomes a nightmare for Kayn especially in the early game due to his range. Kayn as we know, is a melee champion, hence he can be overpowered in some ways by ranged champs. This includes Graves, in a 1v1 or duel situation, this may become in favor of Graves as he can easily outtrade him by kiting.

Vi has a great early game and compared to Kayn, Vi has more chances of winning duels. Similarly, Vi also shines best at ganking early game which means you’ll be expecting counterganks from her.

Here are some pros and cons if you are playing with Kayn in Wild Rift.

FAQ's About Kayn in Wild Rift

How good is Kayn in Wild Rift?

Kayn is deemed to be an S+ tier champion in jungle. In a fast-paced game, champions like Kayn shines best. The Shadow Reaper can provide help relentlessly thanks to Shadow Step. Also, he’s a versatile champion who can adjust according to his team’s needs.

What role / lane should I play with Kayn in Wild Rift?

Preferably, you would want to use Kayn in the jungle to capitalize on his great roaming skill, allowing him to help allies consistently. But aside from it, you can use Kayn as a Baron Lane champion. Laning with Kayn allows him to trade more often with his foe, hence it’ll be faster for him to transform into either Rhaast or Shadow Assassin.

What is the best runes and build for Kayn in Wild Rift?

In our Wild Rift Kayn Guide, we recommend the use of Conqueror for Rhaast and Electrocute for Shadow Assassin. For the build, it is optimal to use bruiser items that give attack damage, health and armor on Darkin. Meanwhile, for Blue Kayn, you may opt for lethality and attack damage items for higher damage.