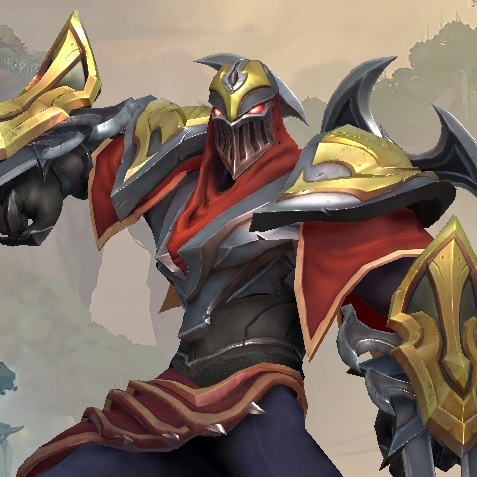 Zed is the ruthless leader of the Order of Shadows who unlocked the secret shadow form to destroy anything he sees as a threat to his nation. Zed is a mid lane assassin who specializes in bursting down the enemy without being touched himself. He can kill the enemy carry and swiftly move throughout the battlefield which make him a dangerously strong snowball champion.

Contempt for the Weak

Passive: Zed gains 35 Energy whenever an ability strikes the same enemy twice. Energy can only be gained once per cast ability.

Active: Zed’s shadow dashes forward, remaining in place for 4.5 seconds. Reactivating Living Shadow will cause Zed to swap positions with his shadow.

Zed becomes untargetable and dashes to target enemy champion, marking them. After 3.5 seconds, the mark triggers, dealing physical damage equal to 64 (100% AD) plus 25% of all damage dealt to target by Zed while the mark was active.

The dash leaves a shadow behind for 6 seconds. Zed can reactivate Death Mark to switch positions with this shadow.

Innate: Contempt for the Weak

Zed deals bonus magic damage on enemies with below half health. The damage dealt is based on the enemies maximum health. It has an internal ten seconds cooldown for each enemy hit.

Contempt for the Weak helps with your last hitting in the early game as the bonus damage applies to all enemies: Minions, jungle monsters, epic monsters, and champions. However, it doesn’t work on turrets.

Zed’s passive gives you a good chance to steal jungle monters or drakes using a simple ability + basic attack combo because of the passive’s damage output.

Make sure to last at least one auto attack when trading and going for an all in because your passive contributes a large amount of damage to your combos. 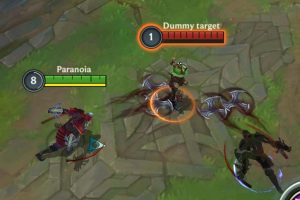 Zed and his shadows throw their shuriken which deals damage to enemies in its path. The shurikens deals damage separately but it deals more damage to the first target it hits.

Each Shuriken has a separate counter for the Keystone Rune Electrocute which makes it easy to proc it with Zed when trading.

When facing a range enemy in lane, do not hesitate to use the shurikens to last hit the minions and try to hit the enemy champion as well. Yes it will deal less damage but it is hitting two birds with one stone.

Some enemies will underestimate your range with the shadow’s shuriken throw. Use it to snipe down the enemy as they recall under the tower.

You can use Razor Shuriken twice in combination with Living Shadow before the shadow dissipates in the late game which can catch the enemy off guard. 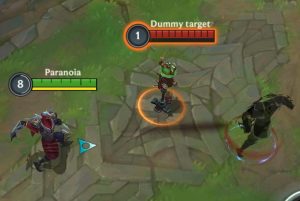 Living Shadow allows Zed’s shadow to dash forward and remain in place for a short duration. During this duration, Zed can reactivate the ability to switch places with the shadow.

Living Shadow also grants the passive ability to restore his energy when his ability strikes the same enemy twice.

Living Shadow is mainly used offensively to multiple your other basic abilities.

It can also be used to escape. Re-tapping the ability button will switch you with your shadow the moment it arrives at its target location.

A better way to use it for escaping is by casting it towards the opposite direction you are running to which gives you the option to switch to it if the enemy over commits on following you.

Cast living shadow in a safe location before committing to an all in so you can kill an enemy with your ultimate then return to safety in a blink of an eye. You can potentially kill the enemy carry in the midst of the enemy team and return safely if executed well.

Since Living Shadow is your main source of mobility, do not use it offensively if you are not aware of the enemy jungler’s position.

Arrows appear beneath Zed which only he can see. It turns a different color when it is nearing its expiration.

Zed cannot switch places to his shadow if he is too far away from it. This restriction does not apply to the shadow produces by his ultimate. 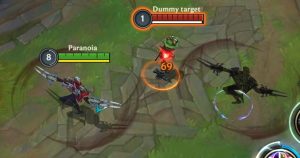 Shadow Slash is a melee AoE ability which damages and slows enemies near Zed and his shadows.

Shadow Slash’s damage stacks unlike in LoL PC which just increases its slow amount so you can also deal a lot of damage with this ability with enough practice. 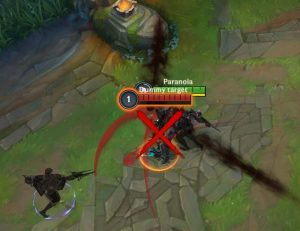 Death Mark targets an enemy champion and marks them. After a short duration, the mark triggers which deals a base damage plus a portion of all damage dealt while the mark was active.

Zed becomes untargetable the moment Death Mark is cast so it is a great way to avoid targeted abilities. It doesn’t mean you are invulnerable, though. You will still be damaged by damage over time effects like Ignite.

After being untargetable you will appear at the back of your enemy. Experienced players know this and they will use that window to hit you with their crowd control spell so that you’ll be unable to cast the rest of your abilities. You can outplay this by casting your W, Living Shadow, before using your ultimate. There is a delay before you can re-cast Death Mark but you can immediately re-cast Living Shadows so it is imperative that you do so.

A shuriken mark will appear on top of the enemy if the damage that the target will receive is more than their HP. It’s not a 100% guarantee that they will die, though, because of shields or healing that they may receive before the mark expires. 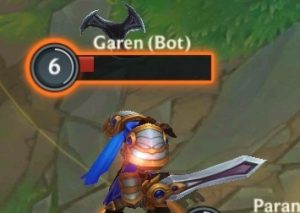 All-in burst: W (towards the target enemy champion) + R1 + Q +  E + AA + R2 (Place the W, Living Shadow besides your target enemy so you can hit them with three Q, Razor Shurikens and three E, Shadow Slash. This is best for early game 1v1s which will ensure the enemy will die even with the lack of damage items)

Here are Item Build Recommedations that works on Zed

This is the standard build for Zed which maximizes the amount of armor penetration and attack damage he can have so he can 1 shot his targets.

This is the alternate build for Zed which is useful when playing against lots of tanks, when your team lacks a tank, or when you lose your lane hard. This allows you to tank and create space for your teammates.

Ignite allows you to play aggressively and finish off champions you won’t otherwise. You can activate Ignite early on your full combo so you’ll have a higher chance to bring down the enemy’s HP below half and proc your passive. It doesn’t increase Death Mark’s damage, though.

Flash grants flexibility to your plays. You can use offensively to close the gap with your opponents or make your Q, Razor Shuriken cast faster and reach your target. You can also use it defensively to escape, of course.

Q, Razor Shuriken, is maxed first because it is your main source of damage. W, Living Shadow, gets a point in level 2 for better pokes and energy conservation but it is maxed last as it provides enough utility at level 1. Its duration does not scale as well. E, Shadow Slash, is maxed second as your secondary source of damage but in some melee matchup like Yasuo, you can max it first if you prefer to. Get a point in your ultimate whenever possible.

Shyvana has a weaker ganking compared to most champions but she is good at taking objectives. Zed can take up on the role of the ganker and roam the map to try get kills and snowball while Shyvana power farms and secure objectives for her team. She is also a scary team fight presence which can disperse the enemy team which is beneficial for Zed’s assassinations.

Orianna can be a pain in the laning phase because of her long reach. It’s impossible to burst her down if she has the Barrier passive and in the late game you’ll never find her alone and she can protect her teammate and prevent them from being killed by your mark as well.

Here are some pros and cons if you are playing with Zed in Wild Rift.