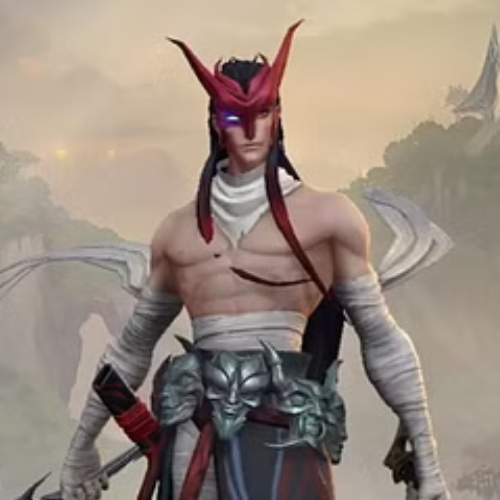 Best Yone Wild Rift build guide for Season 7 Patch 4.0 of WR. With our Yone guide you will learn which items to build, runes to select, skill order, who counters Yone, and how to use abilities properly.

Here are Item Build Recommendations that works on this champion and which are the best build for Yone Wild Rift in this patch.

Overall, Yone is built similar to Yasuo as they both benefit from attack speed and crit items. That said, this route is his recommended item set for our Wild Rift Yone Build. Blade of the Ruined King, Phantom Dancer, Infinity Edge and Bloodthirster provides attack speed, crit and lifesteal necessary to increase his damage output. Guardian Angel may also come in handy during the late game so he can immediately come back into the fray after dying.

Runes for Yone in Wild Rift

Conqueror favors extended fights as its effects further increase after reaching the maximum stacks. As for Yone, Conqueror works well as he can immediately stack it up to maximum due to the low cooldown of his abilities. However, picking Conqueror on bad matchups seems risky for Yone in the early game, but definitely worth it as it ramps up his overall damage output. Another option that you may take is Lethal Tempo. This keystone increases his attack speed allowing him to land more auto-attacks in a short duration.

During bad matchups, players may also opt for Fleet Footwork for movement speed and heal.

Generally, these are the best spells that must be equipped for him in Wild Rift.Yone Guide.

Aside from Yone’s third ability, he does not have another form of mobility. Just like the rest of the champions, Yone will be able to benefit from Flash. With this, he can either make an escape out of unexpected ganks, or chase fleeing enemies.

Ignite is sometimes you may call the assassin’s best friend. Coupling your abilities with ignite can help you defeat key targets quickly. At the same time, Ignite may come in handy when battling against tanks or champions with great healing or lifesteal.

In our Wild Rift Yone Guide, we recommended players to upgrade Yone’s ultimate Fate Sealed as soon as they’re available at level 5, 9 and 13. For his abilities, equip Q > W > E first for the early game trades. However, players would have to enhance Mortal Steel first as it has 100% AD Scaling and will be his main source of damage, especially during Soul Unbound. Next ability would be Soul Unbound to lower its cooldown so you can use it more often, and to increase the damage stored. The rest of the skill points must be placed on Spirit Cleave.

Way of the Hunter

Steel and Spirit: Every other attack deals 50% of the attack’s damage as magic damage instead.

Mortal Steel is treated as an attack: it can critically strike for bonus damage and applies on-hit effects to all units hit. Cooldown and cast time are reduced by Attack Speed.

Cleaves in a cone dealing 20 plus 12% of the target’s maximum health as physical and magic damage.

Gains a shield that absorbs 40 damage for 1.5seconds if Spirit Cleave hits an enemy, increased by 100% on hitting a champion and 40% on subsequent champion hits.

Dashes forward, entering Spirit Form and leaving his body behind for 5 seconds. During Spirit Form, Yone gains 10% Movement Speed that increases over the duration and marks champions damaged with his attacks or abilities.

When Soul Unbound ends, Yone returns to his body and marked enemies take 24% of the damage Yone dealt to them as true damage.

Strikes all enemies along a path for 254 physical and magic damage, teleporting behind the last champion hit and knocking them towards Yone.

Innate | Way of the Hunter

Yone’s critical strike chance is multiplied from all sources, but it only deals AD bonus physical damage. 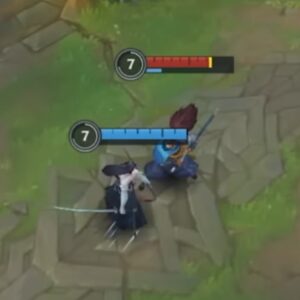 Yone use steel and spirit when landing basic attacks. He wields two swords and makes every attack more powerful. The unforgotten one switches from one sword to another, with Azakana dealing 50% AD and 50% AP.

Mortal Steel inflicts physical damage against the opponent by thrusting his steel sword forward in a line towards the target direction. This applies on-hit and on-attack effects. Hitting at least one enemy grants him a stack of Gathering Storm which refreshes on subsequent hits. Getting two stacks of gathering storm allows him to dash towards his opponent and unleash a whirlwind with the same damage to enemies hit in their path. 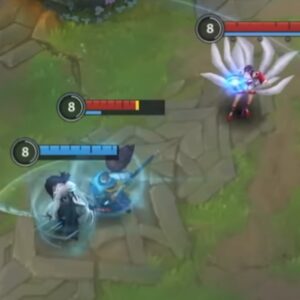 Make sure to hit your dash or whirlwind as it knocks up an opponent.

Yone cleaves and slashes in a cone using his Azakana Sword in the target direction dealing both physical and magic damage. Similar to his brother Yasuo, he gains a shield as well by hitting enemies including minions during Spirit Cleave. If possible, make sure to land Spirit Cleave on an enemy champion for a greater and thicker shield. 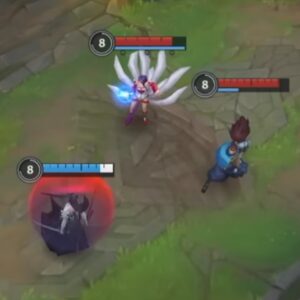 Soul Unbound allows Yone to dash forward. But this time, it’s a bit different. Instead of dashing in himself, he will turn into his spirit form leaving his original body behind. His body becomes untargetable and sent the same distance behind the cast location. Once the duration ends, his body will be reclaimed. 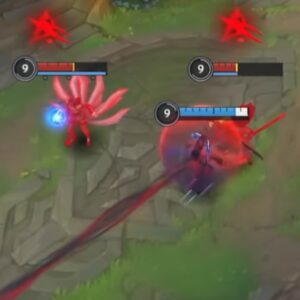 During spirit form, Yone becomes ghosted and gains 10%-30% bonus movement speed. Make sure to make the most out of the spirit form by damaging opponents using basic attacks and abilities. These attacks will leave a mark that will soon explode, dealing extra damage once soul unbound ends.

Upon recasting this ability, Yone dashes back to his body, ending the duration of Spirit Form and detonating the marks on each champion, dealing true damage.

Yone will cast his ultimate with a bit of a delay, and marks all enemies within a line. He will then dash in a line, blinking behind the last champion hit. Enemies caught in the line will be pulled to the center, then knocked up for 0.75 seconds. 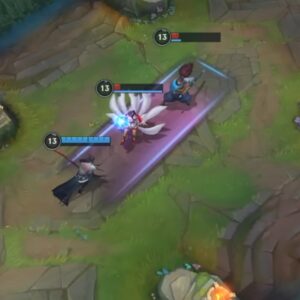 The stun ends after knockup.

The unforgotten one may seem to be broken, but he has plenty of shortcomings. Yone struggles with having no mobility other than Soul Unbound, and no ranged attacks. This puts him at a disadvantage during the laning phase especially against ranged opponents.

The best option you may opt for is to play passively, especially on bad matchups, and wait for level 3. Before doing so, make sure to stack Gathering Storm first for the knock up.

As a melee champion, it is also crucial for one to learn how to freeze the minion waves so as to not push towards the enemy turret. Try to keep the wave at the center of the lane, or towards your tower to avoid getting ganked.

Try not to make risky engages, unless a good opportunity comes up. Ask for a gank from your mid and jungle pre-level 5.

After getting his ultimate, Fate Sealed. Yone can now run down opponents at will, provided that he has enough resources and items.

Yone is a great assassin who can open a lot of opportunities for him to reach his main and key targets, like the carry. He has Soul Unbound and Fate Sealed that he can utilize to gain access to the backline, and unleash his chains of combo. Yone’s abilities also comprise knock-ups that his allies can take advantage of especially his brother, Yasuo.

That said, Yone’s presence in the late game where most team fights usually happen is needed. At the same time, he can also search for potential targets during their most vulnerable time especially the ones who are in a bad position.

It is best to pair Wild Rift Yone with champions that can highly benefit from his knock-ups and kit, or those who can help him throughout the whole game.

Yone can apply two knock-ups using Gathering Storm with two stacks and from his ultimate. This is beneficial to Yasuo as his ultimate, Last Breath requires knock up or airborne abilities. Combining both of their abilities further increases your chance of winning skirmishes if done right.

One of the best things that could happen to you as a carry is to have a good Yuumi on your side. Yuumi provides movement speed, tons of healing and adaptive damage as well. This is important, especially for melee characters. As for Yone, he would turn into a monster that is hard to kill unless perhaps they got items with Grievous Wound equipped.

Think twice before picking Yone in a Wild Rift game as these are the champions that can heavily counter him.

Fighting against ranged champions as melee one is indeed an annoying feeling. Aside from being able to poke you at a safe distance, you might sometimes have a hard time last-hitting minions due to the same reason. That said, Ahri can turn into Yone’s nightmare especially during the early game. For each time he tries to take a minion, Ahri might punish him with series of abilities in return. Additionally, Ahri can immediately reposition if Yone tries to engage with her ultimate.

Yone as a melee champion favors laning against melee ones as well. However, Yone struggles against bruisers ncluding Renekton, Sett and Pantheon. Level 1 may favor Yone with Mortal Steel, but he has nothing against a good Renekton after that.

Here are some pros and cons if you are playing with Yone in Wild Rift.

FAQ's About Yone in Wild Rift

How good is Yone in Wild Rift?

Due to Yone’s excellent outplay potential, and great scaling, he’s an S+ champion. Yone is also a great pick against squishy carries and mages as he can easily flank on the opponents with Soul Unbound and Fate Sealed in a blink of an eye. He is also equipped with several crowd controls that can be beneficial to his teammates in landing their own attacks.

What role/lane should I play with Yone in Wild Rift?

It is recommended for him to positioned at the Mid lane or Top lane for our Wild Rift Guide. However, it is more favorable for him to go to mid where he can roam and snowball. Top lane provides less matchups against ranged champions, but Yone struggles against bruisers in the early game like Renekton and Sett. At the same time, Yone does not have any means of escape in case of a gank. But, this can be solved by proper wave management.

What is the best runes and build for Wild Rift Yone?

According to our Wild Rift Yone Guide, it is optimal for him to pick Conqueror as he can immediately stack it up with a combination of normal attacks and abilities. Lethal Tempo also works which will increase the frequency of his attacks by enhancing his attack speed. For the build, players may opt for crit and attack speed items similar to Yasuo. Start with Blade of the Ruined King, Phantom Dancer, Quicksilver Enchant, Infinity Edge, Bloodthirster and Guardian Angel.