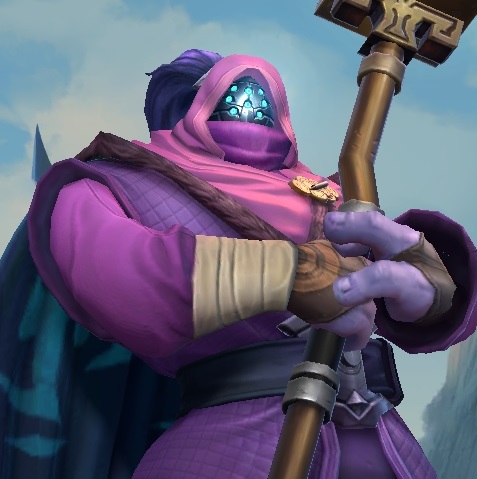 Jax is the last known weapons master of Icathia who is unmatched in both his skill with unique armaments and his biting sarcasm. Jax is a scaling bruiser and duelist who excels in split pushing, winning late game 1v1s and peeling for his team.

Enters a defensive stance, dodging all incoming attacks for 2 seconds. After this duration, nearby enemies are stunned for 1 second and take 55 physical damage (55 + 50% bonus AD). Each attack dodged increases this damage by 20% (up to 100%).

Re-cast: Ends the defensive stance early to damage and stun nearby enemies immediately.

Jax passive grants him a stacking attack speed bonus which means his damage per second increases the longer he is in a fight.

In the early game, shoving the lane is not really recommended because you will be vulnerable to ganks so it is not recommended utilizing his passive yet.

But as the game goes on, especially if you win your lane, Jax is a scary monster especially when he has stacked up his passive. So, if you are shoving the lane to split push and somebody comes and you know you have a good stack going, you can jump to the defending opponent. But, be mindful of the minimap before doing so because you might not win if you are against 2 or 3 champions unless you are fed.

Jax can reach the maximum attack speed when he manage to get the maximum stack of Relentless Assault in the late game. 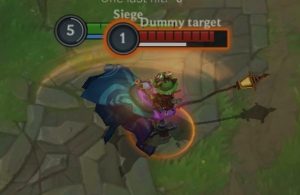 Leap Strike makes Jax jumps to his target and damage the target if it is an enemy. This is Jax’s main mobility and engage tool. He can only use this as a disengage and escape tool by targeting allies or jungle monsters. Jax immediately attacks after leaping unless you are in the middle of Counter Strike but you can still auto attack by manually pressing the attack button.

Unfortunately, unlike in his PC counterpart, Jax cannot jump to a ward.

Leap Strike can be used in combination with Jax’s other abilities.

Use Leap Strike with W, Empower, to deal burst damage. Time with your third strike to easily activate your ultimate’s passive as well.

Although in most cases, doing the combo Q + AA + W + AA is a better option as it deals more damage.

Use Leap Strike in combination with your E, Counter Strike, to stun a target you think you won’t be able to reach on time. Alternatively, you can also jump unto multiple enemies to stun all of them at the same time.

You can jump to jungle monsters over walls by placing a ward where you want to go and casting your Leap Strike on the monster, kind of like a pseudo ward hop. 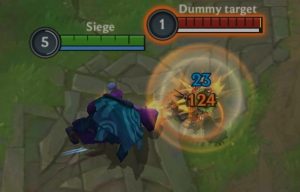 Empower is an auto attack reset which grants bonus magic damage to your next attack. It can also be used to increase the damage of your Q, Leap Strike, but without the benefits of the auto attack reset.

Use Empower to secure last hits in the early game.

The auto attack reset should always be used to optimize and maximize your damage output. “Auto attack reset” means that the next attack is immediately available after casting the ability which means you can do two attacks in quick succession. 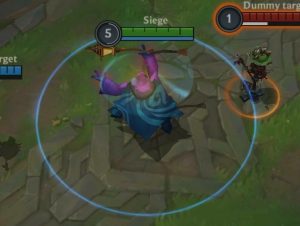 Jax assumes a defensive stance upon activating this ability which allows him to dodge all auto attacks coming from champions, minions, and monsters. However, Jax cannot evade the attacks of Drakes, Baron Nashor, and turrets.

The effect of Counter Strike in PC LoL that reduces AoE damage are omitted in Wild Rift as well.

After the defensive stance ends, Jax damages everyone around him and stuns them at the same time. The damage he deals from this ability increases based on the number of attacks he dodged which caps after 5 attacks dodged. 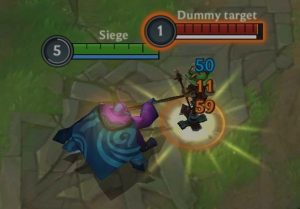 Grandmaster’s Might has two parts. The first part is a passive which adds bonus magic damage to your third consecutive attack. The bonus damage affects all types of enemies you can hit.

Unfortunately, other than counting your attacks, there are no other way to know when the bonus damage will proc. It also has a relatively short timer which resets the attack counter if you are not attacking.

You can burst down an opponent by doing your combo when you have two stacks on hand by attacking minions or nearby monsters. 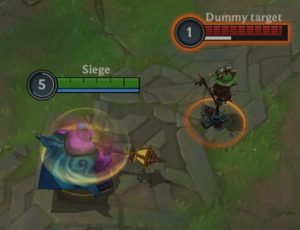 The second part of his ultimate is the active which grants him bonus armor which scales based on his bonus AD and magic resistance which scales on his AP.

Jax becomes extremely tanky when he activates his ultimate. It last only for eight seconds but that is usually enough to kill off an enemy or two or even three.

Here are Item Build Recommedation that works on Jax

This is the standard build for Jax which grants him carry potential and at the same time provide enough survivability to peel and create space for his team.

This build is better for pushing and duels but it is less effective on team fights because of the lack of defensive items. This build is viable when you are fed in the early game or if you have a good team fight composition with a tank jungler or support.

Ghost helps Jax weave in and out the battle and avoid being kited. It also increases his kill pressure later in the game.

Flash is just common sense for almost all champions. It has too many offensive and defensive utility and outplay potential to pass up.

E, Counter Strike, gets the first point at level one because it can be used for a cheese play by hiding in a bush and surprising the enemy for an early advantage but it is maxed last because it provides enough utility at level 1. W, Empower, is maxed first because it is your main source of damage then Q, Leap Strike, is maxed second because it adds damage and mobility to your kit. As per usual, get a point in your ultimate, Grandmaster’s Might, whenever possible.

Malphite is a natural counter for Jax because of his innate defenses against physical damage as well as ability to slow down the attack speed of his enemy champions. Because of this, laning against him is an impossible task. Just keep your head low and farm and be careful when he gets his ultimate first because he will try to kill you. In the late game, he becomes less of a problem but try to split push to draw him out because he is strong on 5v5 fights.

Here are some pros and cons if you are playing with Jax in Wild Rift.