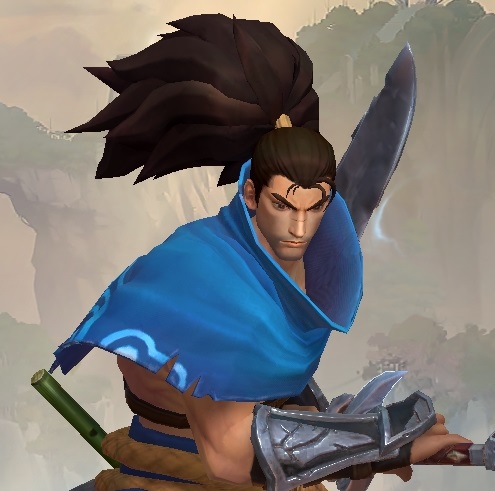 Yasuo is an agile swordsman who wields the air itself against his enemies. Yasuo is a popular champion because of his cool character design and abilities. He has great solo hypercarry potential who can win games all by himself, at the cost of a lot of hours of practice, of course.

Way of the Wanderer

Resolve: Moving builds Flow, which is tracked on Yasuo’s resource bar. At max Flow, damage from a champion or monster grants a shield that absorbs 100 damage and lasts 2 seconds.

If tapped during Sweeping Blade’s dash, Steel Tempest will strike as a circle.

Creates a 300 unit wall that blocks all enemy projectiles for 4 seconds.

Cannot be re-cast on the same enemy for 8 seconds.

If Steel Tempest is tapped during this dash, it will strike as a circle.

Blinks to an Airborne enemy champion, dealing 200 physical damage (200 + 150% bonus AD) and holding all Airborne enemies in the area in the air for an additional 1.5s. Grants maximum Flow but resets all stacks of Gathering Storm.

For the next 15s, Critical Strikes gain 30% Armor Penetration.

Innate: Way of the Wanderer 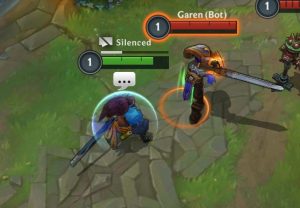 Way of the Wanderer has two parts. The first part is Resolve which grants Yasuo a shield whenever he is damaged when he has full Flow. Flow is Yasuo’s resource that is restored through moving and is also automatically filled up when he uses his ultimate, Last Breathe.

Play aggressively when your Flow bar is full and force trades. You will win most of the time because of the shield.

The second part is Intent which doubles the critical strike chance of Yasuo but decreases his critical damage output. This is extremely strong when combined with his Last Breathe’s buff which grants armor penetration on all critical strikes after a successful cast. 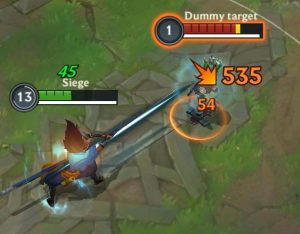 The third cast of Steel Tempest is a long range tornado which damages and knocks up all enemies in a straight line.

Steel Tempest can be activated during the animation of E, Sweeping Blade, and it will transform it into a circular AoE damaging ability. The change in the ability goes for all three casts of Steel Tempest but the third charge will knock up all enemies hit in the circular AoE. 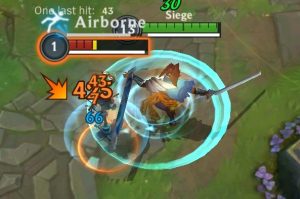 Steel Tempest’s cooldown is not affected by ability haste but is reduced by attack speed. After the first cast of Steel Tempest, a timer runs where you have to land another Steel Tempest in order to gain another charge. If you fail to land the ability during that duration, the charges resets back to none.

Casting W, Windwall, before releasing the tornado can fool your enemy and make it easier to knock them up.

All stages of Steel Tempest, including the circular ones, can be buffered or repositioned using Flash. 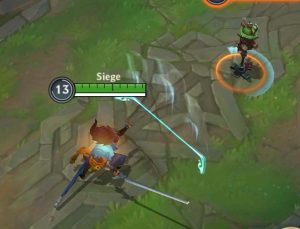 Windwall is Yasuo’s main defensive ability and outplay tool. It summons a wall of wind which absorbs or block most skill shot projectile. It renders even the most powerful abilities in Wind Rift useless.

Some of these are:

Notably, Lux’s ultimate cannot be blocked because its damage procs simultaneously across its AoE.

Windwall blocks projectiles in both of its sides.

Windwall reveals the area where it is placed so it can be used to wall jump in combination with E, Sweeping Blade. 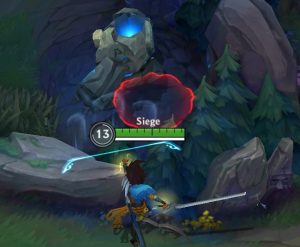 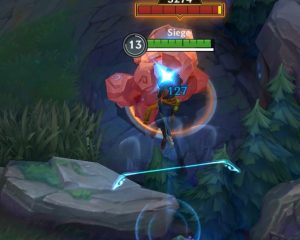 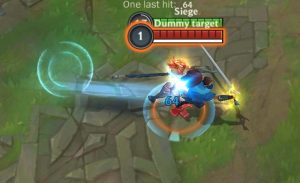 Sweeping Blade is a targeted dash with a very short cooldown but has a separate cooldown for each champion hit with this ability that is shown as a timer around marked enemies. Marked enemies cannot be targeted using Sweeping Blade again for its duration.

Sweeping Blade is Yasuo’s main source of mobility but it can only be used if there is are enemies around. For that reason, during the laning phase, it is inadvisable to stray away from the minions waves because you are vulnerable to ganks without a way to dash out a fight.

A common strategy to harass your lane opponent is to dash to one melee minion then to a range minion to reach your opponent. Use Q then dash back to your side.

The dash from this ability is a fixed distance so if you use this ability while close to your target, you will dash away from it. Use this information to wall dash or get away from your enemies. 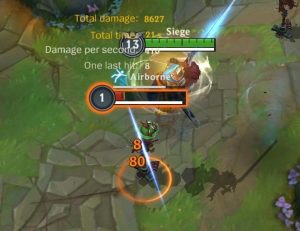 Last Breathe is a burst damage knock up extender. It can only be used on airborne enemies and it extends the airborne status for the duration of the ultimate.

It is an AoE ability so if multiple enemies are knocked up, target the one in the middle, drag the button instead of tapping it, to affect as much enemies as possible.

The knock up doesn’t have to come from you. Knock ups from allied champions like from Malphite’s Unstoppable Force or Lee Sin’s Dragon’s Rage works as well. It even works with the Drake’s knock up or the blast cone’s knock up (but only if the enemy is the one who activated the cone).

Use Last Breathe in the last possible milisecond of the knock up to maximize the duration of the crowd control. Use auto attacks and other abilities to maximize your damage during this time.

To execute the Beyblade, the Flash should be done extremely quickly just before the Q3 happens. When executed properly, it leaves no space for the enemy to react.

The E + Q in the middle is executed before the ultimate happens so it adds additional damage to your combos. The E + Q doesn’t even have to be your main target. The Q damage will be transferred to your R target nonetheless.

Keyblade: Q’s damage does not reset if E is casted like in the PC so I don’t know if it is possible and if it, I personally don’t think it’s worth doing and practicing because its difficulty level versus the utility it brings is impractically compared to the first two variations of the combo.

Here are Item Build Recommedation that works on Yasuo

This is the standard build for Yasuo which is a balance between offensive and defensive capabilities. This item build can grant him the hypercarry status when well and ahead,

This is the standard build when playing in the Baron lane.

Ignite helps you secure kills you won’t get without it especially in the early game.

Q, Steel Tempest , is maxed first because it is Yasuo’s main source of damage. E, Sweeping Blade, is maxed next to increase its damage as well. W, Windwall, is maxed last because the only thing that scales with it is its width. Get a point in your ultimate whenever possible.

Malphite‘s ultimate, Unstoppable Force, is one of the most reliable method of getting multiple knock ups in an instant and when combined with Last Breathe, it lasts extremely long. Death rate is high with this combo.

Akali can out-trade and out-damage you all game long. Consider building Maw of Malmortius instead of Phantom Dancer when against this assassin.

Here are some pros and cons if you are playing with Yasuo in Wild Rift.