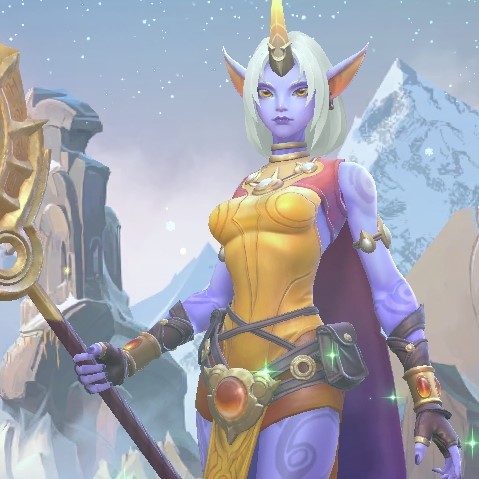 Best Soraka build guide for Season 2 Patch 2.3 In Wild Rift. With our Soraka guide you will learn which items to build, runes to select, skill order, and how to use Soraka abilities properly. Tips and tricks for how to play Soraka and counter your enemies.

Soraka is a celestial being who chose to become flesh and blood to help the mortals of Runeterra. Soraka is a basic Enchanter mage with great sustain and poke and the ultimate ability to instantly heal her allies across the map.

After healing an ally champion 3 times, Starcall is empowered to deal 40% damage in a larger area.

Heals another allied champion for 80 (80 + 70% AP).
If Soraka has Rejuvenation, the ally gains Rejuvenation for 4 seconds. 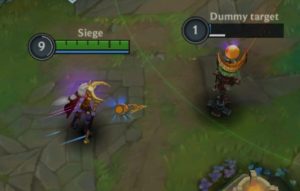 Soraka has increased movement speed when moving towards low HP allies and it has a wide AoE. This allows Soraka to quickly move towards an ally in need of healing and support.

An arrow pointing towards the low HP allied champion will appear when Salvation is active. 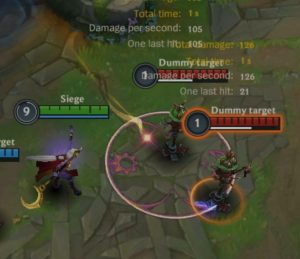 Starcall drops a star into the target area to damage and slow enemies hit. If Starcall hits an enemy, Soraka gains Rejuvenation which heals her and empowers her W, Astral Infusion.

Because of the Rejuvenation effect, hitting Starcall is important to Soraka’s game because it allows her to spam her W, Astral Infusion, without depleting her HP too much.

Starcall drops faster the closer its cast to Soraka. So if you want to instantly damage or slow your enemy, move closer before casting this ability.

Target bushes with this ability to reveal the area. Starcall also works well to scout the Drake and Baron area. 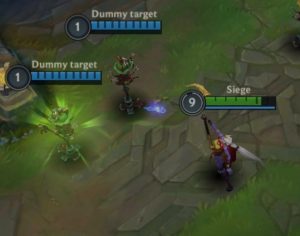 Astral Infusion is a single target heal that uses ten percent of Soraka’s max HP as its cost.

Astral Infusion also grants the target Rejuvenation if Soraka is currently affected by it.

Do not overheal your allies when they’re nearly at full health because it will cost you more than it will benefit them but use this ability on your ADC before recalling back to base.

Astral Infusion cannot be cast if you are below 5% health. Casting it at around 5%-10% HP will bring your current HP to 1. 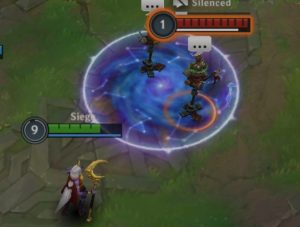 Equinox summons a circle which damages and silences enemies within. After a short duration, enemies who remained inside the circle are rooted and damaged again.

Melee casters like Yasuo, Zed, and Fizz are great targets for Equinox because they become vulnerable without their abilities.

The damage of Equinox is instantaneous so it’s a good way to interrupt a recall. 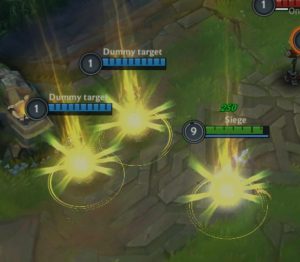 Wish is a global ability that instantly heals all allies regardless of where they are on the map. It heals for significantly more if the ally’s HP is below 35%.

Always wait for the last possible moment before activating this ability for the bonus heal. Look at who is fighting the ally you are going to heal. If they are fighting a high burst damage champion like Fizz or Zed, it might be better to heal earlier.

The portraits beside the minimap are your friend.

Here are Item Build Recommedations that works on Soraka

This is the standard build for Soraka which focuses on increasing her ability to heal and protect her team.

This is quite a popular build with Soraka as it allows her to tank more hits and spam her heals without being always having extremely low HP. Arguably, this build is perfect for beginners who wants to play Soraka.

Exhaust slows the target enemy champion and reduces its damage output. It is a great spell to protect your ally from being bursted down and it is also a viable way to secure kills.

Flash is a necessary spell because Soraka is a squishy immobile champion without any other way to escape her enemies.

Q, Starcall, is maxed first because it is a great source of damage as well as regeneration for both you and your allies. W, Astral Infusion, is maxed next to enhance its healing effects and E, Equinox, is maxed last because its utility is enough at level 1. Get a point in your ultimate whenever possible.

Soraka’s early game strengths are good pokes and good heals. There are few champions who can survive HP trades with a Soraka bot lane. If the enemy team has no good all-ins then Soraka has a good chance of winning the early game.

do not spam your Q, Starcall blindly because it is your lifeline in the laning phase. If you can hit your Q, Starcall, you can damage the enemy and use W, Astral Infusion on your ADC with little consequences.

The best time to hit the enemy with your Q, Starcall is the moment the enemy’s ADC walks near the wave to last hit minions.

Use your W, Astral Infusion sparingly if you don’t have the Rejuvenate buff from your Q, Starfall.

Save your E, Equinox for crucial situations, either for securing kills or for disengaging.

Ask your ADC to give the Honeyfruits to you. Because if you don’t have HP, you won’t be able to heal them.

In the middle to late game, you’ll be the enemy’s priority target when the fight breaks out. They’ll look for you first and use their abilities to burst you down because if you’re alive, they’ll have a hard time killing your teammates.

Because of this, always position yourself in a safe spot, far from your enemies. It is fine to enter the fight a bit late because your ultimate has a long-range anyway and your passive grants you bonus movement speed when running towards allies.

On using your ultimate, Wish, do not use it when you can reach that ally with your W, Astral Infusion. If possible, use your ultimate to heal multiple allies, except when your priority teammate, the one who is fed, preferably the ADC, needs emergency healing.

Fiora wants to split push and duel enemies who come to respond to her split push. She excels in close, to the death fights and with Soraka’s ultimate, Fiora can easily win even 2v1 situations.

Varus’s Hail of Arrows is one of the rare abilities in Wild Rift with a Grievous Wounds effect which makes him a natural counter to Soraka. Varus also has both good long-range DPS and burst damage which makes him a threat to Soraka all game long.

Leona has one of the strongest all-ins when it comes to supports and so if you have Leona as an enemy, be extra careful as one or two combos will mean the death of you or your ADC.

Here are some pros and cons if you are playing with Soraka in Wild Rift.

How good is Soraka in Wild Rift?

Soraka is a (Tier C) champion. Currently, she belongs at the very bottom of the meta because there isn’t really something she can offer that other champions can’t do better. She can still work at lower tiers but expect to be abused at higher tiers from the picking phase to the rest of the game.

What role / lane should I play with Soraka in Wild Rift?

Soraka is a support champion played in the Dragon lane. She is a champion with two healing abilities, a poke which also grants self healing, and a silence that turns into a root.

What items should I build with Soraka?

Soraka’s core items are Ardent Censer which turns her healing into an offensive buff mix and Harmonic Echo which grants additional burst of healing. She can also opt to build tanky with Spirit Visage and Warmog’s Armor to offset the health cost she needs to heal others.

What Runes should I use when playing as Soraka?

Aery is the best Keystone rune for Soraka because it enhances both your offensive and defensive abilities. Wait for Aery to return to you before casting your next spell to always utilize its effects. Her other runes are Weakness, Loyalty, and Pack Hunter.