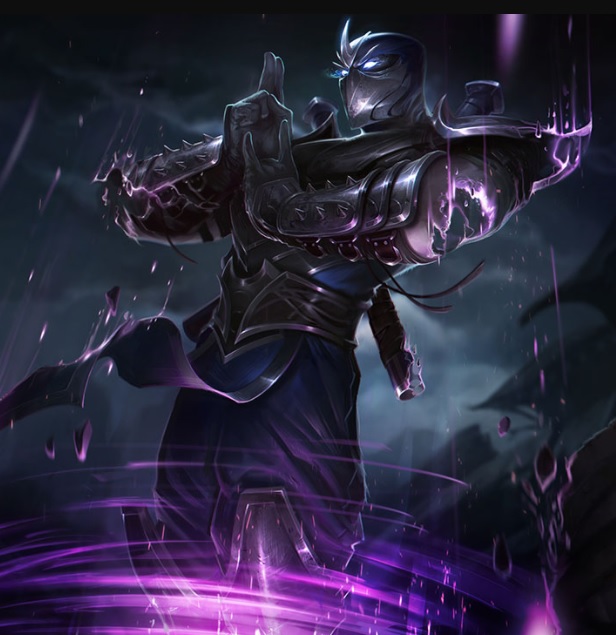 Best Shen Wild Rift build guide for Season 7 Patch 4.0 of WR. With our Shen guide you will learn which items to build, runes to select, skill order, who counters Shen, and how to use abilities properly.

Here are Item Build Recommendations that works on this champion and which are the best build for Shen Wild Rift in this patch.

Runes for Shen in Wild Rift

As a Shen player, you must remember that the 2nd Ability will always save your neck no matter what level it is upgraded. Hence, you may certainly max 1st Ability primarily and 3rd Ability for that extra edge with Crowd Control.

In the early game during the laning phase, it’s better to harass the opponents as you will shred their armor and lower their health even if they are some big shot tank.

Gains a shield that absorbs 360 damage (51-100 + 14% bonus HP) for 2.5 seconds after completing an ability. If the ability affected at least one champion, Ki Barrier’s cooldown is reduced by 7.5 seconds.

Enemy champions the Spirit Blade passes through are slowed by 30% for 2 seconds while moving away from Shen.

Sends the Spirit Blade to an allied champion, creating a zone that blocks enemy attacks for 1.75 seconds.

Upon completing the channel, Shen teleports to the target ally.

Upon casting any ability, Shen gains a shield that can absorb incoming damage. Such a passive comes real handy when there is a possibility of performing an unexpected and sudden outplay.

Shen’s Spirit Blade follows him around with a slight distance between each other. Upon casting his 1st Ability, Shen calls for his Spirit Blade and it teleports to his location, empowering his next three consecutive attacks that will deal damage based on the target’s maximum health making Shen the perfect opponent for tanks.

The important part is that the Spirit Blade will slow down all the enemies hit if they are running away from Shen and provide additional empowerment of his attacks for a maximum of three attacks along with a considerate amount of Attack Speed.

Shen can target and command his Spirit Blade to any desired location within his range and upon activation, his 2nd Ability will create a zone making him invulnerable from incoming Auto Attack damage from opponents. Allies also gain the same invulnerability if they are inside the ability’s radius.

Although it is pretty easy to cast and utilize for outplays, it is necessary to remember that Shen’s 2nd Ability does not shield him from Turret damage and Ability Damage just like Jax’s 3rd Ability.

Shen’s 3rd Ability is a perfect move if you want to close the distance between yourself and the opponent while hindering their movement as it also taunts them if you come in contact. This ability is the best option when you want to evade or save your allies.

Shen can manually select his target Ally and upon casting saves him with a huge shield blocking a lot of the incoming damage. While he is granting the shield, Shen teleports to the targeted Ally and can change the flow of the whole battle in no time. It is imperative in nature to cancel that Ultimate but if the Ally dies before you complete your cast, your Ultimate burns away.

Another important detail is the fact that Shen will shield an ally with higher shielding power if the targeted Ally has lost some portion of their maximum health. So the lower the health of your targeted ally, the more shield Shen will bestow upon him.

During the Early game period of the match, just farm and wait till you reach level 3, once you know you can take a fight, wait for the enemy to engage while keeping wards active. The moment they engage and you know it is the moment, perform the Early Game Combo and win a trade without any hesitation.

In order to constantly harass your opponents, you need to pave in the minion waves to yourself, so don’t go around shoving the Cannons right away, but rather wait patiently and freeze the lane so you can take the first blood if possible.

During the Mid and Late game, you need to dominate the whole battlefield. Go on and make items that will help you stay in a fight yet keep split pushing as you have in-built teleportation as your Ultimate.

Keep an eye on the health bars of your Allies and rapidly blink on the Allies in need, surprisingly taking out the squad with a slightly ‘tankier edge’.

Lux: Shen is a perfect tank peeler, and all he requires to perfectly execute his combos are some extra Crowd Control even if it is just a root. Lux, being a massive AP Carry, can not only root a champion but also shield Shen in times of need and deal huge amounts of damage from the back. Playing Shen support with Lux as APC is one of the best fun picks you can try.

Twisted Fate: Just another champion with good CC, AP damage, and a great way for Shen to provide a follow-up if the Mid Ally has gone to suppress the opponents in Duo lane. Having a pantheon, Galio, and Twisted Fate by your side as Shen is a dream come true for many PC LOL enthusiasts.

Jhin: As expected from the Classic Psychopath, Jhin is pretty much a wrecking ball against champions who are squishy or are mid-tier Bruisers. Not only Shen will tear down the Armor of the opponents, but he will have Jhin next to him to make the enemies disappear.

Yasuo: Yasuo being a pretty mobile champ can easily dodge Shen’s Abilities, especially during the Early Game. If one is a smart player, he may even manage to take down Shen easily as Yasuo’s Critical attacks really ignore all the tankiness and bring down mayhem.

Tryndamere: An unstoppable freak who refuses to die and does Crit damage is always a counter for Shen. No matter how many times Tryndamere is taunted, nobody can stop him once he has enough damage. The only way, any Shen player can escape this nightmare is by snowballing from the beginning.

Irelia: Only one quality can outplay/overwhelm champions like Shen and it is none other than Attack Speed. No matter how many times Irelia is taunted, she always has that probability of performing a 1-trick combo on Shen once she has leveled up to Level 5. And if the enemy is wary of Shen’s build, there is no doubt that Irelia can take down Shen without a doubt.

Here are some pros and cons if you are playing with Shen in Wild Rift.

FAQ's About Shen in Wild Rift

How good is Shen in Wild Rift?

In Wild Rift, Shen is an S+ Tier champion. With a considerately great early game, he can transform into a great tank shredder and dominate not only his lane but the entire battlefield.

What role/lane should I play with Shen? .

He is generally viable in the Baron and Support Lane.

What abilities should I level up first with Shen?

You should max out 1st Ability first as you will have a great trade whenever you engage in a little fight. Then you should proceed and level up the rest of the abilities according to your convenience.

What items are to be built on Shen?

The build should be consisting of tanky items like Sunfire Aeges, Dead Man’s Plate, and Thornmail as you can support and play Solo with this itemization

What runes should I use on Shen?

You may generally use Grasp of the Undying, Weakness, Hunter-Titan, and Hunter-Genius.

Any tips to have a better game with Shen?

Keep exerting your presence over your opponents once you reach level 3 and constantly harass your lane and the others if possible. Join in every little trade near the Scuttler and/or for early jungle camp invasions.