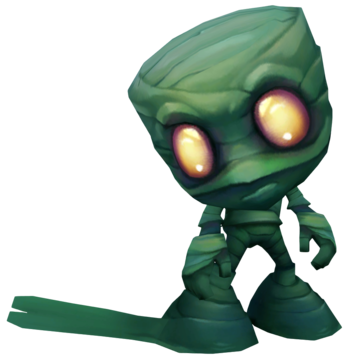 Best Amumu Wild Rift build guide for Season 7 Patch 4.0 of WR. With our Amumu guide you will learn which items to build, runes to select, skill order, who counters Amumu, and how to use abilities properly.

Doomed by an ancient curse to remain alone forever, his touch is death, his affection ruin. Amumu is a tank Jungler which excels on team fights. Contrary to his lore of being forever alone, Amumu is excellent at setting plays for his team and increasing their magic damage output at the same time.

Here are Item Build Recommendations that works on this champion and which are the best build for Amumu Wild Rift in this patch.

This is the standard build for Amumu which works best if you have another champion who can tank for your team. If you have no tanks, it will be better to use the other build below or even mix the two builds. Experiment with what works best for you!

This second item build does not deal as much damage as the first one but you will be able to stay alive longer and be always present for your team to protect them and add utility to your team fights.

Runes for Amumu in Wild Rift

Smite is a requirement for Junglers as it is impossible to farm jungle camps without it. Upgrading to blue or red smite in Amumu depends on your preference but since Amumu is more of a team player, I recommend getting the Blue smite to slow down target champions.

Flash makes long range initiations possible. It looks awesome and can potentially win games for you.

Ghost is a viable alternative for Smite if you not going to jungle. It provides additional movement speed which never hurts when playing a tank champion who needs to always be near opponents.

We are going to get a point in W, Despair, first because it deals HP based damage that will help you kill a buff jungle monster fast. After that, we are going to max Amumu’s E, Tantrum, because it gives the most survivability and damage output. After getting one point in Q, Bandage Toss, you can look for an early gank. But we are going to max Q, Bandage Toss last because it is rare to use it twice or thrice in a single battle. One level is enough and maxing W, Despair in the mid game helps in taking down Epic Monsters and for dealing more damage especially when using the mage build. Of course, get a point in your ultimate, Curse of the Sad Mummy, whenever possible.

Launches a bandage that deals 80 magic damage (80 + 70% AP) and stun the target for 1 second, pulling himself to the target.

Toggle: Begins weeping to deal magic damage equal to 10 plus 1.1%(1.1 + 1% AP) of their maximum Health to nearby enemies every seconds.

Tantrum ‘s cooldown is reduced by 0.5 seconds when Amumu hit by an attack.

Curse of the Sad Mummy 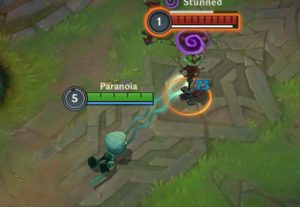 Bandage Toss is like a reverse hook. Amumu stuns the first enemy hit by the bandage and he is pulled to the target at the same time. This ability is your gap closer and initiation tool.

The projectile for Bandage Toss is a bit slow so keep that in mind when trying to hit moving targets. Try to cast inside bushes or behind walls for the added surprise factor.

You can flash after casting Bandage Toss first for a surprising long-range initiation. 1st + Flash combo is better because it cancels the animation for Bandage Toss which leaves less room for the enemy to react compared to doing Flash + 1st.

You should use Bandage Toss to move quickly across the Jungle when you have the Blue buff so mana won’t be an issue for you. 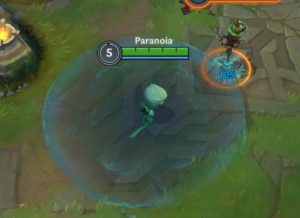 Despair deals magic DPS based on the enemy’s health. It continuously applies Amumu’s passive, Cursed Touch and can apply item effects like the slow from Rylai’s Crystal Scepter and the bonus damage from Liandry’s Torment. 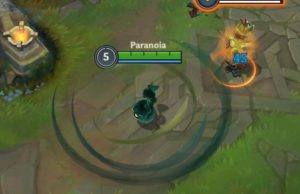 Tantrum is your core ability. This is what makes Amumu tanky thanks to the passive damage reduction. This ability will also be your main source of damage because the cooldown for the active part of Tantrum is reduces by half a second each time Amumu is attacked. 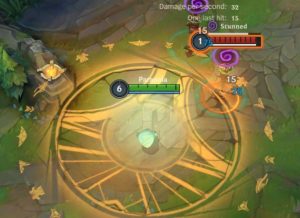 Curse of the Sad Mummy is an amazing AoE stun. It affects a large area and stuns for two long seconds. This ability is absolutely game breaking when used in the right moments.

Yes, big plays are satisfying but unless your enemy team is completely brain dead, they will learn after your first big play and will try not to stick together as much as possible. For this reason, it is okay to stun just two or even one enemy. Just make sure you are using your stun to kill an enemy carry or save yours.

You will be playing Amumu mostly in the jungle. He can also work in the top lane or even mid and support when playing against AD or auto-attack based champions. But he is most efficient when playing as the jungler.

Amumu is a great Jungler because he has % HP-based DPS through his 2nd, Despair and a spammable AoE ability in his 3rd, Tantrum. Because of this two abilities, he has an amazingly fast clear speed even if you are just learning how to play as a jungler.

You can opt to gank level 2 after clearing the red buff, look to gank the enemy’s mid laner if the enemy champion has no mobility ability like Annie and has shoved the lane close to your tower. You don’t have to kill when ganking, wasting the enemy’s flash is enough. Do not attempt a tower dive before having at least two items.

If the conditions for ganking early is not in your favor, just do a full clear which goes like this.

Look for an opportunity to gank in the Blue buff side lane and afterwards, kill the Gromps then recall. Path towards the dragon lane and try to gank the enemy dragon lane duo when you reach level 5 and have your ultimate.

Do not hesitate to use your ultimate on a single champion if it is the enemy’s jungle, mid or, ADC, killing them will greatly hinder their progression and increases your chances of winning.

When ganking, Use your Oracle Lenses as you approach the bushes in order to disable wards. Do not attack the wards because you will reveal yourself that way. Engage with your 1st, Bandage Toss, to stun and immediately get close to your target. But if you can walk up to them, do so and use your Chilling Smite to slow the enemy down then follow up with 1st, Bandage Toss to lock your target down, potentially killing the enemy without using your ultimate.

In the late game, you will be the one initiating fights and leading your team in taking the Elder Dragon and Baron.

Avoid chasing opponents when trying to initiate. It will only lead them to disperse so you won’t be able to use your ultimate on multiple champions and will also make you and your team vulnerable to counterattack.

Use bushes to your advantage to catch as many opponents as possible.

Use the long-range initiation to catch the enemies off guard but make sure your allies can follow up on you.

Be unpredictable at all times and do not shy away from using your teammates as bait to set up the perfect ultimate.

Don’t forget to turn on your 2nd, Despair and spam your 3rd, Tantrum while auto-attacking.

Orianna has amazing synergy with Amumu. She deals large amounts of magic damage which works well with Cursed Touch. They can do a wombo combo with their ultimates, Curse of the Sad Mummy and Command:Shockwave.

Miss Fortune’s Bullet Time works amazingly well in combination with Amumu’s ultimate, Curse of the Sad Mummy.  Her 3rd, Make it Rain, will also add to the AoE DPS that Amumu makes.

Curse of the Sad Mummy will ensure that Varus’s Chain of Corruption will root many enemy champions. Their combined locked down will make it easy for Varus to hit multiple enemies with his hard hitting Piercing Arrow.

Amumu relies on his crowd controls to make plays and Olaf will just run at him because his ultimate, Ragnarok makes him unstoppable. Olaf also clears his jungle fast which will pressure Amumu and his team.

Lee Sin can kick you away from his team using Dragon’s Rage assuming that he is not the one that is stunned by Amumu’s Q, Bandage Toss. Lee Sin can also invade you hard because he is a great 1v1 champion and you are not.

Lulu can turn you into a critter using her 2nd, Whimsy when you try to initiate which will easily result in your death. She can also consistently slow you down which will make it hard for you since you need to consistently stay on top of your enemies.

Here are some pros and cons if you are playing with Amumu in Wild Rift.

FAQ's About Amumu in Wild Rift

How good is Amumu in Wild Rift?

Amumu is a (Tier B) champion. He was recently struck by a nerf but he is still good when playing with friends or with voice comms because he is not a champion who can carry the game for you. He can create plays that will make your teammates shine, though.

What role / lane should I play with Amumu in Wild Rift?

Amumu is a champion with a versatile kit and natural tankiness. He can be built with heavy AP damage or be tanky as hell with all defensive items. So he can play in the Baron lane, mid lane, or Dragon lane as a support. But due to his capability to easily clear jungle camps, he is the best as a jungler.

What abilities do I level up with Amumu?

His 3rd, Tantrum is maxed first because it grants a great deal of damage reduction and its damage output is good for clearing jungle camps because it is an AoE ability and its cooldown is reduced for every auto attack Amumu lands. Max his W, Despair next for the extra damage or max his 1st, Bandage Toss next if you want to reduce its cooldown.

What items should I build with Amumu?

Sunfire Aegis and Abyssal Mask is Amumu’s core items as a tank. Sunfire Aegis will help him clear the jungle camps faster and deal more AoE damage while Abyssal Mask increases his passive’s efficiency. Liandry’s Torment and Rylai’s Scepter is Amumu’s core AP items. These items are easily utilized by Amumu’s 2nd, Dispair and 3rd, Tantrum. Liandry’s Torment adds additional %HP DPS and Rylai’s Scepter slows down enemies hit by your abilities so you can easily stay on top of them.

What Runes should I use when playing as Amumu?

Aftershock is great for playing Amumu as the primary tank and initiator because it adds bonus armor and magic resist after applying crowd control to enemies then the buff explodes to damage enemies around  your area. Electrocute is also a great option because it will make you surprisingly bursty with your damage.

Any tips so I can aim my land my ultimate better?

Don’t forget to play around objectives. It will force your enemies to engage in a clash with you.

Be unpredictable. Use bushes and your Flash spell to your advantage. Use your teammates as a bait.