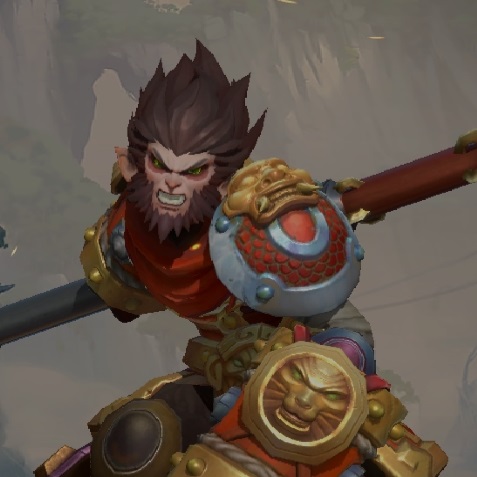 Wukong ARAM Build, Runes Guide
Recommendations on item build and runes for Wukong in ARAM (All Mid All Random) Mode in Wild Rift, along with a general guide to play Wukong in ARAM Mode. Check Wukong Main Guide.

Wukong is great at team fights thanks to his ultimate, Cyclone that allows him to knock up the enemy team twice. But other than that, he brings little for his team when in ARAM. He could use his 2nd ability, Warrior Trickster to bait abilities and it can be combined with his 3rd ability, Nimbus Strike but it is just about that. Because of that, you will have to wait for his ultimate to be available before trying to commit to a fight.

The tank build is better for Wukong in ARAM since you will mostly be playing as a knock-up bot using his ultimate, Cyclone. To increase your usefulness to the team, bulking up with

Sunfire Aegis that also deals magic damage around its user is a great core item.

Black Cleaver’s Sunder passive shreds the armor of enemies, making your targets more vulnerable to all AD champions in your team.

If you have another front line champion, you can build

Surprise enemies with your initiation using Mark/Dash. Wait for your marked target to get close to their allies before dashing and using your ultimate.

Flash is another great initiation and escape tool for Wukong.