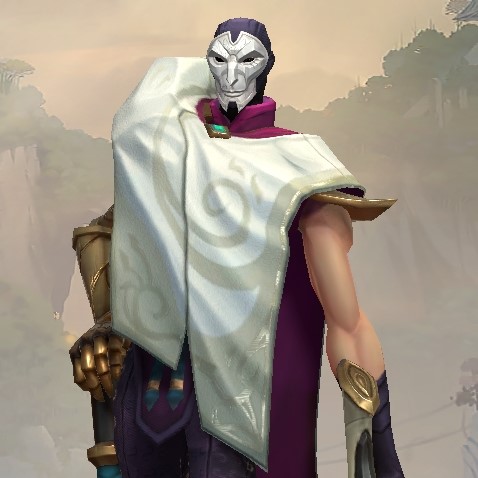 Jhin ARAM Build, Runes Guide
Recommendations on item build and runes for Jhin in ARAM (All Mid All Random) Mode in Wild Rift, along with a general guide to play Jhin in ARAM Mode. Check Jhin Main Guide.

Jhin’s passive Whisper grants bonus damage to his fourth attack. Make sure to time your attacks to hit champions with the fourth attack. It’s easier to pull this off in ARAM because enemy champions are ever-present but remember that you should never overextend and endanger yourself just to land your fourth attack.

It’s best to cast your 1st, Dancing Grenade when the minions around are all low in HP so that the probability of hitting an enemy with an empowered grenade is higher.

Follow up your ally’s crowd control abilities with your 2nd, Deadly Flourish so you can chain control the enemy with your own root, increasing the chances of picking off enemies.

Place your 3rd, Captive Audience traps randomly, more on brushes for surprising plays, and spam it on clashes for bonus damage on team fights.

When casting your ultimate, Curtain Call, place the initial cast on the middle of the map so you can cover the whole map and increase your chances of hitting enemies with all four shots. Its best to use your ultimate on the end of team fights because it deals more damage the lower the enemy’s HP is.

Infinity Edge increases the damage output of Jhin the most since he is a crit-based champion but its attack speed does not change.

Rapid Firecannon increases the range of Jhin’s attacks. The bonus range on energized attacks will help Jhin kite and snipe down enemies.

Statikk Shiv for some AoE damage and

Phantom Dancer for the Lifeline shield. You can use

Youmuu’s Ghostblade in the early game if the enemy team has only one or no tanks.

Clarity will solve your mana problems in the game.