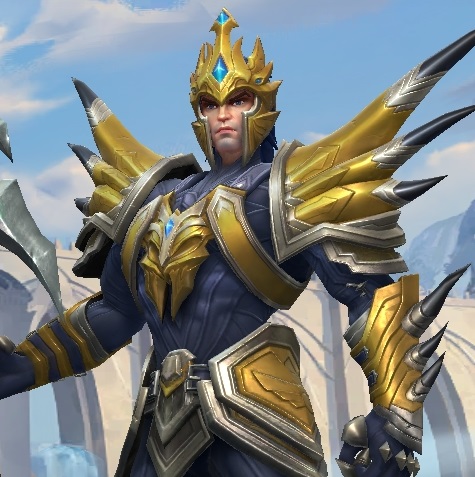 Jarvan IV can actually work well in ARAM because even though he is a melee champion, his 1st, Dragon Strike and 3rd, Demacian Standard are long-range pokes. You should cast 1st, Dragon Strike first then 3rd, Demacian Standard if you do not want to dash in and initiate an all-in clash. Use the standard 3rd + 1st combo if you want to knock up enemies instead. Make sure to use the portrait lock to attack all champions once to activate your passive, Martial Cadence which grants bonus damage on your first attack on each individual enemy. You’ll be able to maximize your passive because most of the time, all five enemy champions will be present in fights. It is best to activate your 2nd, Golden Aegis when near more enemy champions because it grants additional shield value for each enemy present around you. And finally, your ultimate deals a lot of AoE damage so make sure to use it on multiple enemies and be mindful of your ally’s positioning because the impassable terrain can sometimes be more hurtful than useful to your team.

Black Cleaver shreds the armor of enemies for each hit you make so the enemy will be left with little-to-no armor because it will stack with Jarvan’s 1st, Dragon Strike’s armor shred.

Plated Steelcaps reduces the auto-attack damage you receive so you can tank more efficiently especially against ADCs.

Sunfire Aegis synergizes well with his 2nd, Martial Cadence, and especially more in ARAM because you’ll be slowing and sticking to all of the enemy team for most of the game.

Spirit Visage will increase the regeneration you receive from Warmog’s Armor. And lastly,

Iceborn Gauntlet will add more damage and utility to your kit.

If you feel like your team has enough tanks or sustain, you can opt to build

Mortal Reminder so you can deal more burst damage.

Aftershock will allow you to survive initiating even on five enemies on ARAM since it will grant you bonus armor and magic resistance once you have knocked up an enemy using Jarvan’s 3rd + 1st combo. Conqueror is your go-to option if you are going to build damage items. Triumph is great for both cases since increases your damage against low HP enemies and it will heal you a portion of your missing HP on takedowns. Backbone grants bonus armor or magic resistance depending on what is your lesser stat and Hunter – Genius will grant you bonus ability haste for each unique takedown so you’ll be able to use your abilities more often, faster in ARAM since fights happen all the time.

Mark/Dash allows you to surprise enemies with your combos when used in combination with the Dash.