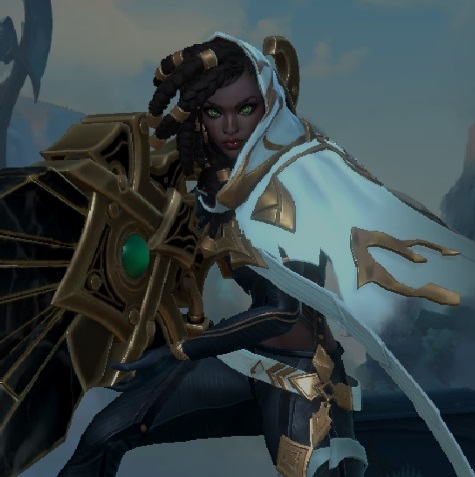 Senna ARAM Build, Runes Guide
Recommendations on item build and runes for Senna in ARAM (All Mid All Random) Mode in Wild Rift, along with a general guide to play Senna in ARAM Mode. Check Senna Main Guide.

Senna is a great ARAM pick because her passive makes her scale well even without items and with ARAM’s bigger passive gold bonus, Senna will simply scale better compared to other champions.

Her Absolution passive grants her bonus AD, range, and critical chance when she acquires Mist stacks through minions dying around her and by double-tapping enemy champions. Because of ARAM’s brawly nature, she can get more stacks faster compared to when playing her in the normal mode.

Senna’s 1st ability, Piercing Darkness is an invaluable tool in ARAM because it can be used to heal allies and healing is more valuable in ARAM because of the lack of a fountain. Plus, it has a long range, making it an effective poking ability.

Senna’s 3rd ability, Curse of the Black Mist makes it easier for your teammates to initiate fights thanks to the bonus movement speed and to the fact that enemies cannot know who is under the guise of being a Wraith until its too late.

And finally, Senna’s ultimate’s area of effect is large enough to cover the entire map, ensuring that everyone of her teammate is shielded and due to the small map, it is also harder for enemies to avoid its damaging portion.

Manamune will help Senna scale into the late game monster that she is with its high AD bonus once it evolves into Muramana.

Rapid Firecannon grants bonus damage and bonus range on energized attacks so enemies won’t be able to hide from you anymore.

If you want to play Senna as a support or if you already have a reliable AD carry,

Black Cleaver adds HP and helps your team by shredding the enemy’s armor.

Serylda’s Grudge as an early buy also fits Senna as a support because of its slowing effect on damaging abilities.

You can proc Grasp of the Undying through Senna’s 1st ability, Piercing Darkness so you can stack HP easily on her. Since Grasp heals its user and adds bonus HP for each proc, it is a good item pickoff in ARAM where fights happens a lot. You can also use Aery instead for the bonus damage and for shielding allies if you have a lot of melee allies.  Senna’s AD does not increase per level so Gathering Storm will allow her to have a passive AD scaling aside from her passive. Bone Plating offers protection against enemies with burst damage. And finally, Hunter – Genius grants bonus ability haste so you can spam your abilities more often.

Clarity helps with managing your mana in the early game and for keeping up your mana pool in the late game for the bonus damage from Muramana.

Flash helps you keep your distance from your enemies since Senna is a long range champion and it can be used to surprise enemies with a Last Embrace flash buffer.