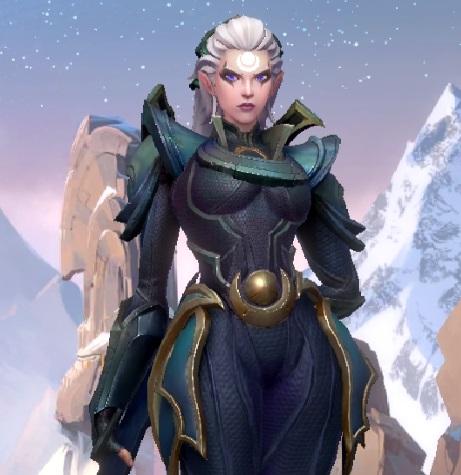 Diana ARAM Build, Runes Guide
Recommendations on item build and runes for Diana in ARAM (All Mid All Random) Mode in Wild Rift, along with a general guide to play Diana in ARAM Mode. Check Diana Main Guide.

Diana, like other fighters/assassins, relies on good timing when entering team fights. Even though she is classified as a fighter, she can be easily bursted down and she relies on her mobility to survive so she plays closer as an assassin especially in ARAM where 5 enemy champions can easily gang up on a single target. The ideal way to play Diana on ARAM is to maximize the jumps you can do using 3rd, Lunar Rush since you can hit a lot of champions using 1st, Crescent Strike. Jump around the fight to bait abilities and confuse them before using your ultimate, Moonfall to burst down the enemy team once they have wasted their crowd control. Use Diana’s 2nd, Pale Cascade to either burst down a single target or to reduce the damage you take from enemies.

Rod of Ages is a core item on Diana because it will help you sustain yourself in drawn-out fights. Since Diana have to fight up close and personal on ARAM, she is going to need all the HP she can have.

Hextech Gunblade grants the omnivamp Diana will need to sustain herself in long fights.

Lich Bane is a good alternative if you want to burst down a single target and quickly go in and out. But it lacks the sustain that Hextech Gunblade can give.

Void Staff to maximize your damage output even against those who will stack magic resist against you.

Conqueror is great for Diana because she can thrive on long fights using the mobility from her 3rd, Lunar Rush, and shield from her 2nd, Pale Cascade. When pulled off correctly, Diana’s ultimate, Moonfall will deal so much more damage. Although, when using Electrocute, Diana can easily delete a single champion with just her basic abilities. Triumph will allow Diana to clean up the battlefield kill after kill thanks to the bonus execute damage and healing on takedowns. Hunter – Titan grants bonus HP and tenacity which will help Diana avoid being burst down by crowd controls and Hunter – Genius provides ability haste for each unique takedown so she can can her abilities more often.