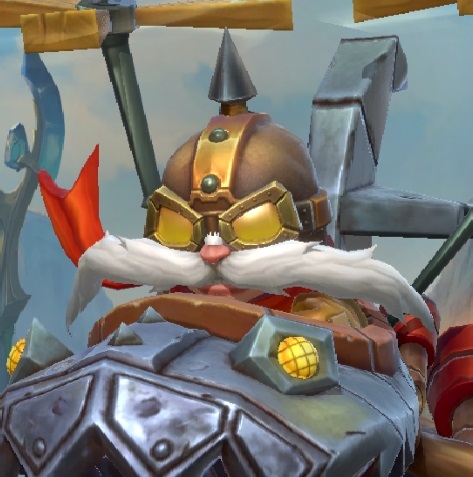 Corki ARAM Build, Runes Guide
Recommendations on item build and runes for Corki in ARAM (All Mid All Random) Mode in Wild Rift, along with a general guide to play Corki in ARAM Mode. Check Corki Main Guide.

Thanks to Hextech Munitions, Corki’s attacks deal 20% AD and 80% AP damage. Just like in the normal mode, this makes itemization hard against Corki on ARAM. But especially more so in ARAM because most players would want to stick to their core items rather than itemize against the enemy. Corki’s The Package drops at about the same rate in ARAM but it is just, if not more, effective in this mode because of the small map. Special Delivery can cover almost the entire lane and this makes it easy for Corki to divide the enemy team and easily conquer them. You can always use 2nd, Valkyrie after initiating with Special Delivery. Use Corki’s 3rd, Gatling Gun when fighting together with your allies so you can shred your targets faster and Corki’s 1st, Phosphorous Bomb, and ultimate, Missile Barrage is easier to hit on ARAM because of the smaller, more crowded map.

Manamune on all of his games because he is extremely dependent on mana.

Gluttonous Greaves is a must to fill the sustain needs of Corki. Health and Mana sustenance is important in ARAM because you cannot go back to your base to regenerate. Afterwards, build

Trinity Force for the Spellblade Passive because you’ll always be using your abilities in between auto-attacking. For your extension items, build

Mortal Reminder to maximize your damage potential. You can opt to build

Guardian Angel instead if you are having a hard time surviving fights or if you are being heavily focused on.

Conqueror is the main rune of Corki because he can stay at a safe distance while fighting thanks to his skill shots and mobility from his 2nd, Valkyrie. But if you are fighting against lots of skill shots, using Fleet Footwork is a good idea because it adds healing and bonus movement speed to your auto-attacks. Brutal is for more damage output while Hunter – Vampirism adds a little more sustain. Regeneration grants a little more sustain and lastly, Hunter – Genius provides ability haste for each unique takedown. You can easily stack up the takedowns in ARAM because fights happen often.