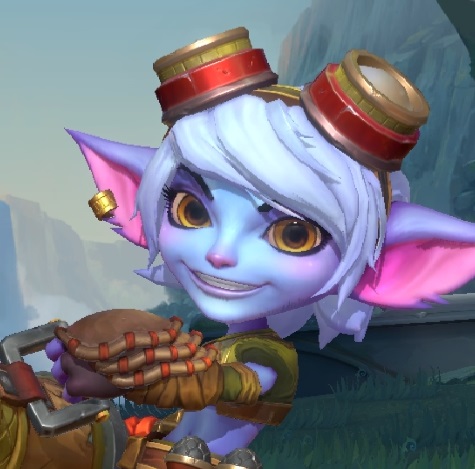 Tristana ARAM Build, Runes Guide
Recommendations on item build and runes for Tristana in ARAM (All Mid All Random) Mode in Wild Rift, along with a general guide to play Tristana in ARAM Mode. Check Tristana Main Guide.

Tristana’s passive, Draw a Bead increases her attack and cast range each time she levels up so the longer the game goes on, the easier it will be to position yourself and kite enemies.

You can gain high amounts of attack speed using her 1st, Rapid Fire. Only activate it when you are sure you are going to commit to the fight because it has a long cooldown.

Tristana can jump all over fights using her 2nd, Rocket Jump. This ability’s cooldown resets every time Tristana participates in a unique takedown and when she successfully detonate a maximum stack 3rd, Explosive Charge. You can override crowd control effects using 2nd, Rocket Jump when timed well.

3rd, Explosive Charge is your main source of burst damage. Once you place a charge on a target enemy, each of your attack, 2nd, Rocket Jump or ultimate will stack in and on maximum stacks it will explode, dealing high damage. You can also use it on turrets. 3rd, Explosive Charge also has a passive component which makes enemies small AoE damage when you kill them.

Tristana’s ultimate, Buster Shot also deals good amounts of burst damage and knocks back the target. A good combo is to use Buster Shot to activate the last stack of 3rd, Explosive Charge so your target will be pushed back to their team and deal huge AoE damage to them.

Blade of the Ruined King is a great first item as it grants a balanced amount of damage, attack speed and healing. Once you pair it with

Rapid Firecannon, you will be able to kill any enemy with just one combo with Tristana’s 3rd, Explosive Charge.

If your team has no AP damage dealer, you can mix it up by building

Rabadon’s Deathcap on her. This build has higher burst damage as Tristana’s ultimate, Buster Shot has great AP scaling.

Barrier is useful if you are caught out of position and when you want to go all-in to finish off enemies.