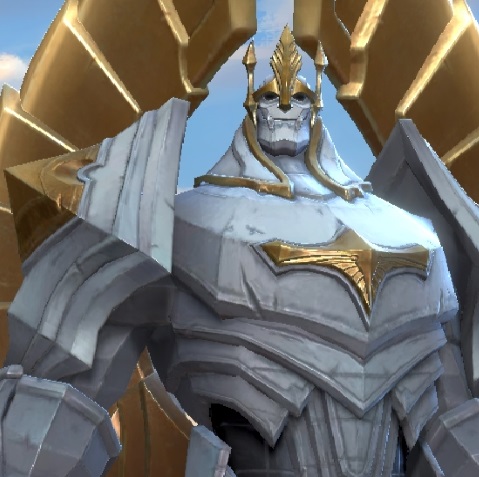 Galio ARAM Build, Runes Guide
Recommendations on item build and runes for Galio in ARAM (All Mid All Random) Mode in Wild Rift, along with a general guide to play Galio in ARAM Mode. Check Galio Main Guide.

Galio is a control tank mage that deals lots of AP damage and can crowd control multiple opponents with his abilities. His 1st ability, Winds of War is a strong poke ability that can match the poke damage of other AP mages. His 2nd ability, Shield of Durand allows him to tank AP damage thanks to its passive magic damage shield and when activated, it allows Galio to tank more damage thanks to the damage reduction and after the shield ends, it taunts enemies. It is recommended to chain Shield of Durand to his 3rd ability, Justice Punch, or to Protobelt Enchant to catch multiple enemies. Galio’s ult allows him to shield his allies and force the enemy to retreat and if they cannot, they will get knocked up and receive Galio’s full damage from his combos.

Warmog’s Armor can give. You will still be dealing some damage with the help of

If you have another initiator and tank, the mage build is a far more superior build because once you have

Rabadon’s Deathcap, you will be able to one-shot enemies with just one combo.

Mark/Dash is a death sentence to the marked target because it will have zero counterplay to Galio’s counter then except for staying under their turret. If they too far to a turret, only death awaits your hapless prey.

Flash is great as an instant initiation option or for escaping after an initiation.