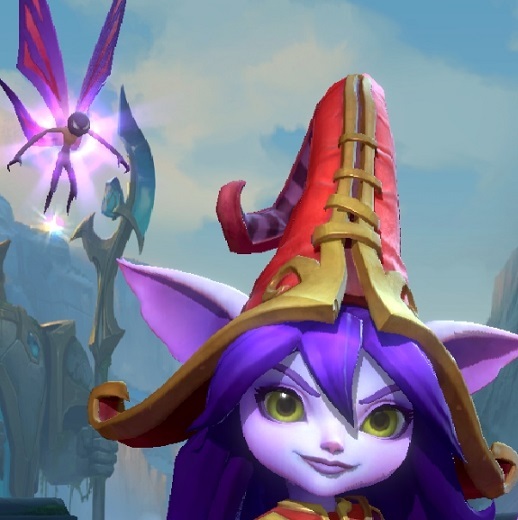 Lulu ARAM Build, Runes Guide
Recommendations on item build and runes for Lulu in ARAM (All Mid All Random) Mode in Wild Rift, along with a general guide to play Lulu in ARAM Mode. Check Lulu Main Guide.

Lulu is an enchanter support who can poke and slow enemies using her 1st ability, Glitterlance. You can extend the range of Glitterlance by attaching her companion Pix into an ally, enemy using Lulu’s 3rd ability, Help, Pix! or to the ground by using her 2nd ability, Whimsy. Speaking of Whimsy, it is a buff or debuff that applies to allies or enemies, prioritizing enemies. When applied to an ally, it is a steroid buff that grants significant amounts of attack speed and movement speed. It enables attack speed hypercarries like Jinx or Vayne to deal so much damage in a short time. When applied to enemies, the affected enemy turns into creature, unable to attack or cast abilities and their movement speed is reduced to 60. Whimsy, when used on enemies is a potent defensive ability that is a great counter to enemies who overextends.

Lulu’s ultimate, Wild Growth is another buff that enlarges an ally, knocking up nearby enemies in the process and granting bonus health to the target ally.

Lulu’s first core item, whether using the support or mage build, is

Rod of Ages because it grants a lot of HP, Mana, and AP that will allow Lulu to scale efficiently. Afterwards, when playing Lulu as a support,

When playing Lulu as an offensive mage champion,

Nashor’s Tooth is bought as its attack speed bonus synergizes with the extra attack of Pix.

Heal is great for saving allies in the nick of time and it can even be used offensively because of the bonus movement speed.

Flash can be used in clutch plays by flashing towards an ally that needs saving. Or you can use it to escape for yourself as Lulu does not have any mobility tool.