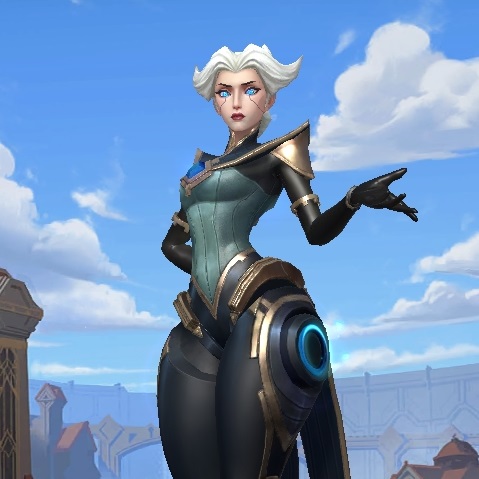 Camille ARAM Build, Runes Guide
Recommendations on item build and runes for Camille in ARAM (All Mid All Random) Mode in Wild Rift, along with a general guide to play Camille in ARAM Mode. Check Camille Main Guide.

In the middle and the late game, you’ll be able to use Camille’s ultimate, Hextech Ultimatum to isolate and assassinate the enemy’s most dangerous carry and separate their team easily at the same time.

Trinity Force is Camille’s core item since it synergizes well with her 1st ability, Precision Protocol.

Death’s Dance is a hybrid damage item that makes her doubly resistant to burst damage thanks to its  Cauterize passive on top of Camille’s own passive, Adaptive Defenses.

If there are no tanks on your team, you can fill in the role by building purely tank items such as

Warmog’s Armor that will grant you infinite sustain.

Fleet Footwork grants healing and bonus movement speed on attacks while Grasp of the Undying also grants healing and bonus damage based on your max HP. Fleet Footwork is easier to proc but Grasp of the Undying scaling is better especially when you will be stacking HP. Triumph grants bonus execute damage and healing on takedowns while Gathering Storm grants increasing AD bonus which scales over time. Second Wind grants bonus regeneration which is perfect for ARAM where pokes are strong and sustain is scarce. Mastermind is great for taking turrets fast while Hunter – Genius will allow you to spam your abilities often.

Mark/Dash will allow you to assassinate enemies from afar and to initiate with Camille’s ultimate, Hextech Ultimatum.

Flash is a must on Camille for more mobility in both offensive and defensive plays.