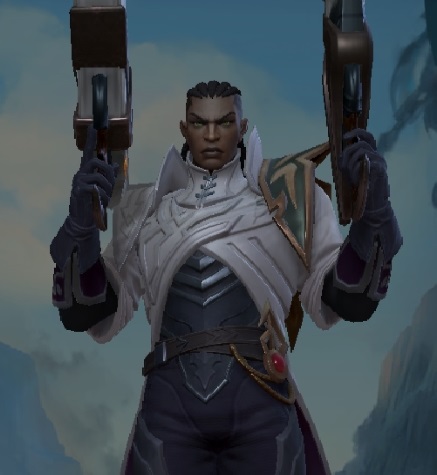 Lucian ARAM Build, Runes Guide
Recommendations on item build and runes for Lucian in ARAM (All Mid All Random) Mode in Wild Rift, along with a general guide to play Lucian in ARAM Mode. Check Lucian Main Guide.

Lucian has a shorter range compared to other ADCs so he needs to play extra carefully in ARAM. You have to think twice before using Lucian’s 3rd ability, Relentless Pursuit because it will leave you without an ability to escape if you timed it wrong.

Use Lucian’s 1st ability, Piercing Light to harass enemies from a distance, targeting it on minions to reach enemy champions you won’t otherwise reach.

Always remember to use his 2nd ability, Ardent Blaze first before using his ultimate, The Culling for the bonus movement speed so you will be able to follow your enemies as they try to avoid your bullets.

Essence Reaver will help with Lucian’s mana issue and it will also scale his damaging abilities thanks to its Essence Flare passive that grants bonus damage to your abilities based on your critical hit chance.

Solari Chargeblade quickly scales the Essence Flare passive thanks to its own Sunburst passive that adds 25% more critical chance and it also grants bonus true damage on critical hits.

Navori Quickblade allows Lucian to spam his abilities without limits thanks to its Deft Strikes passive that refunds a portion of your basic ability cooldowns when landing critical strikes.

If you are against multiple tanks or HP stacking opponents, use

Blade of the Ruined King and the

Conqueror is Lucian’s best Keystone rune because he can easily fill its stacks thanks to his passive and ability spamming. Brutal grants flat AD and armor penetration for more damage from the get-go. Bone Plating helps against burst damage if ever you are jumped by assassins and Manaflow Band helps with Lucian’s mana problems.

Clarity helps solve Lucian’s mana issues because he can be depleted of his mana fast and Lucian is useless without mana.

Flash will allow you to do extra aggressive plays knowing that you have an emergency button to fall back to if you need to.